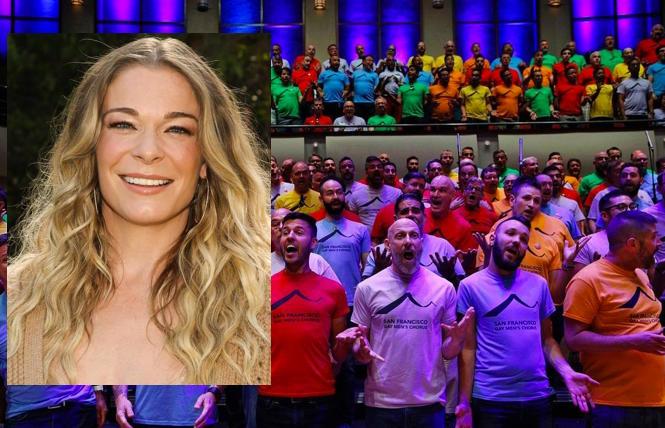 Like so many others, the San Francisco Gay Men's Chorus has not been able to put on any in person events due to the pandemic. But that hasn't stopped Chris Verdugo, the chorus' Executive Director, from forging onward with the organization's annual gala. On April 22 at 6 PM, the chorus will present Crescendo: Voices Rising, the online incarnation of the gala. This year marks the 15th anniversary of Crescendo.

"Like all arts organizations who have been forced to shutter during the pandemic, it has been difficult," Verdugo tells the Bay Area Reporter. "But we have found camaraderie in our Monday night chorus conversations and incredible support from within the community. As we enter this new phase of the pandemic, we are filled with hope with the possibility of coming together again soon and creating music and art that will help us all to heal."

Crescendo: Voices Rising will serve as a benefit for the chorus, during which individuals who champion and promote LGBTQ+ equality will be honored. Presented by the Ariadne Getty Foundation, the evening's proceeds will help to sustain the chorus and support its youth outreach programs.

The gala promises to be an all-star affair. Hosted by Shangela of RuPaul's Drag Race, the evening will honor actress Rita Moreno, Terrance Kelly, the Emmy winning artistic director of the Oakland Interfaith Gospel Choir, and Grammy-winning country recording artist LeAnn Rimes, who will be presented with the ally award. 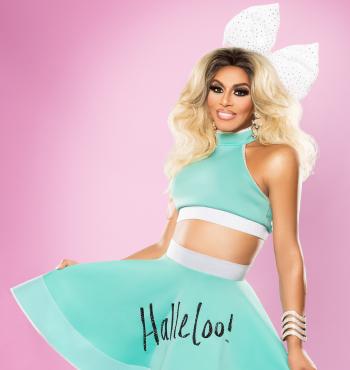 Shangela will host the online 'Crescendo'

"I believe in equality, in our right to express who we uniquely are," Rimes told the B.A.R., "including our right to love who we love."

Rimes spoke of her late gay uncle, recalling that in the small Mississippi town she comes from this was something that wasn't talked about. Her uncle died of AIDS when she was 11.

"Ever since, I have wanted to give voice to the pieces of him he never had a chance to," she said. "His memory, my gigantic inclusive heart and our future as a human race is what moves me to support not only LGBTQ, but anyone who has been marginalized, oppressed, silenced or made to feel they are less than equal."

She added that she was honored to be recognized by the chorus.

"I pray we one day live in a world where the LGBTQ community no longer needs allies," Rimes said. "But until then, they can always count on me to uplift my voice with theirs in the crusade for equality."

In addition to being honored, Rimes will also be performing in the gala.

"I'm so excited to be performing a song with the chorus that is off my new album, God's Work," she said. "It's the first time I've ever performed this song, so it's really special. I think the lyric really speaks to our need to reimagine a future from the depths of our hearts, not only our heads." 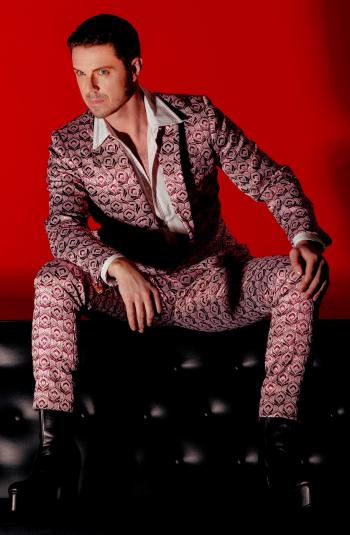 "Homophonics will be performing the 'Bright Lights, the Bella Final,' from [the film] Pitch Perfect," Verdugo said. "It's the first of three world premiere virtual choruses during the event. Marvin has written an original poem centered around the theme of Crescendo Voices Rising: Hope."

In addition to performing with Rimes, the chorus will have another world premiere song, "Love Can Build a Bridge," which will be performed with students from Oakland School of Arts. There will also be a performance by openly gay rocker Jake Shears of the band Scissor Sisters, who will premiere his brand new never before heard song, "Last Man Standing."

Verdugo explained why Moreno has been chosen as a person for the chorus to honor.

"From growing up in poverty on a farm in Puerto Rico to becoming an EGOT [Emmy, Grammy, Oscar, Tony] winner, Moreno personifies the American dream," he said. "But she doesn't just personify it, she has help to fashion it through her advocacy for racial and gender equality. Through her evolution as an actress and an advocate, she has been a model for young Latina girls all over the world. Ever since her days on Broadway, she has been an advocate and friend to the LGBTQ community."

Verdugo also noted that the Oakland Interfaith Gospel Choir had joined the chorus on their Lavender Pen Tour in 2017, when the chorus toured the deep south with a message of love and unity.

"We are constantly inspired by the message of joy and unity Terrance and OIGC bring through Black gospel and spiritual music traditions," Verdugo said. "We can't wait to sing the house down together soon."

The event also includes a silent auction, which will offer travel experiences in California, Mexico, South Africa and the Caribbean. Also offered will be what Verdugo refers to as "fabulous" wines from all over California. The auction will be held at the chorus website on the night of Crescendo and will close on Friday, April 30 at 5pm.

"I hope that viewers will take away that although we have suffered through an incredibly difficult year, despite insurmountable odds, the chorus has never stopped reimagining and reinventing who and what we could be during the pandemic," Verdugo said.