John Holiday's night at the opera 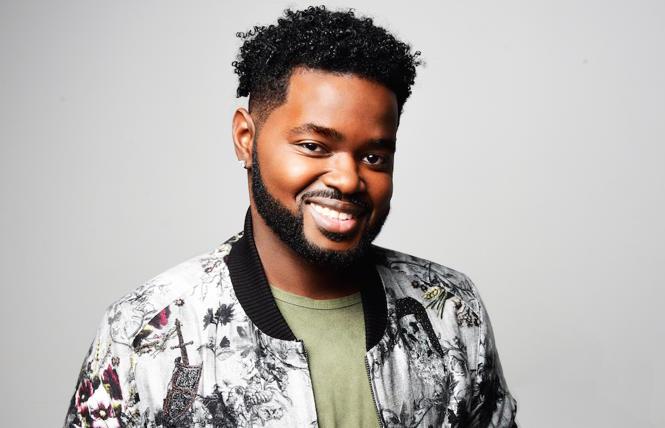 It appears he can sing just about anything. In his numerous YouTube videos, countertenor John Holiday, who gained national recognition from his appearances on The Voice, can be seen and heard performing everything from the classical composer Vivaldi, to the operatic "Summertime" from Porgy and Bess, to tunes made popular by Frank Sinatra.

In one particularly joyous video, Holiday belts out a stunning rendition of "Over the Rainbow," the gay anthem from The Wizard of Oz, which Holiday, who is openly gay, dedicates to Pride. On top of all that, he often accompanies himself on the piano.

Holiday, 35, hails from a small town in Texas, where his grandmother encouraged his musical aspirations. And though it was The Voice that first brought him to the attention of a national audience, where he and John Legend performed a stirring duet of "Bridge Over Troubled Water," Holiday performed at Carnegie Hall in New York as early as 2012. He is also a voice teacher.

Holiday's performances for 2020, including his scheduled debut at Metropolitan Opera, were all cancelled due to the pandemic, which led to him auditioning for The Voice. He stunned the judges with his cover of "Misty" (the Erroll Garner song made popular by Ella Fitzgerald and Johnny Mathis), with Legend smiling joyfully and proclaiming, "Yeah...." and an astonished Kelly Clarkson shaking her head and saying "Wow!" Holiday was on his way to stardom.

The Bay Area Reporter was able to chat with Holiday as he traveled home. He acknowledged the diversity of his repertoire and explains what he looks for when he decides to sing a piece. 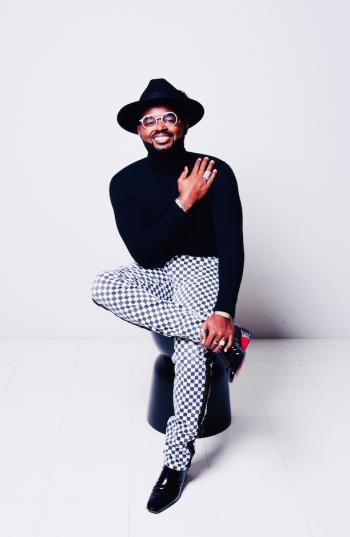 Look to the Rainbow
Holiday also spoke of why he equated "Somewhere Over the Rainbow" with Pride, pointing to a quote by Dr. Maya Angelou: "Be thankful for your storm, because there's always a rainbow in the clouds."

"And so I think of all of the times that our LGBTQIA brothers and sisters have gone through tumultuous times," Holiday said. "And how we are still in some ways entrenched in those times, with egregious acts that are against some of our brothers and sisters. But I am aware of the fact that somewhere over the rainbow, there is peace, there is joy, there is love, and we have to continue to seek that peace, that love, that joy, and justice. All of that is somewhere over the rainbow."

Holiday added that he thinks of all the people who came before him when he sings that song.

Holiday noted that music literally saved him from feelings of sadness and of feeling "othered." Music, he says, saved his life. When he was young, he didn't know he could sing, he just knew that he loved singing.

"And look at what God has done with the gift," he said. "When I was a little boy, my prayer to God was that He would send his angels to sing through me, and I promised God when I was a young boy, I said 'God, if you continue to give me the gift of music, I promise you that I will be a good steward of the gift. And what I know for sure is that when God gives you a gift, it's your responsibility to give it back. It's selfish to hold it. So my prayer and my encouragement to myself is always to give back the gift of music."

Perseverance
In many ways Holiday seemed destined for music. His mother was a singer and a clarinet player, and his grandmother was the music director and pianist at church. They had a definite influence on him.

"I have never had a moment in my life when my family told me that I couldn't do something or I shouldn't do something," he said. "They were always so supportive. They always took me to Houston and Dallas to see concerts."
Holiday recalls a time when he had a bad headache. He told his grandmother that he couldn't sing at church. She told him that he was going to sing anyway.

"And what that did is that it taught me how to persevere and push through those moments when you don't feel good on stage," he said. "Luckily to this day I have not had to cancel a performance due to being sick. I usually will go onto the stage and give my whole entire being, whatever I have to give, and part of that is because of the way I grew up with my grandmother always pushing me to do the very best that I could in the most beautiful of ways."

Holiday recalls The Voice as the time of his life.

"It was the most fun that I've ever had," he said. "And also the most challenging time I ever had. I had not reached any kind of national prominence on that kind of scope before. The premiere episode, which I was on, was watched by 8.3 million people. Not in my wildest dreams did I ever imagine that that would happen to me, this little country boy from Rosenberg, Texas. I am so thankful because I recognize the blessing in it."

And now, after a lifetime of singing, Holiday's star is rising. He was excited to say that he was working on securing a recording contract but noted that it was too early to reveal any details.

"When I'm singing, I feel most free, I feel young, I feel most pure," he said. "I feel that I could do any, any, any, any good thing. And so when I'm singing, I want people to know that there is joy, love and peace in it, and that my responsibility which I believe theirs is as well is to leave the world a better place with our gifts. And luckily, one of my gifts is singing, and one of my gifts is teaching, and another of my gifts is being a mentor. But our goal in life should be to leave the world a better place with those gifts that God has endowed us with."