Pulling at heartstrings: 'Violins of Hope' live at Kohl Mansion 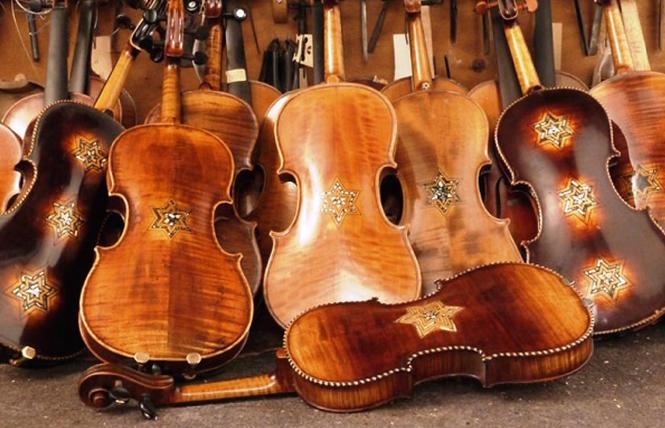 Violins retrieved and restored from the Holocaust.

Father-and-son luthiers (violin makers) Amnon and Avshalom Weinstein, Israeli co-founders of Violins of Hope, brought their traveling collection of instruments retrieved and restored from the Holocaust, to Northern California a year ago. One of the most memorable concerts in the triumphant tour, recorded by Pentatone Music, is now available for digital download. A hard copy Hybrid SACD follows in February.

In January 2020, Music at Kohl Mansion produced an eight-week residency with 42 Bay Area organizations employing more than 50 of the historic string instruments. The world premiere of Intonations: Songs from the Violins of Hope, by composer Jake Heggie and librettist Gene Scheer, forms the powerful center of the new Pentatone release.

The glittering group of star musicians responded passionately to the commissioned work, based, partly, on Violins of Hope: Violins of the Holocaust — Instruments of Hope and Liberation in Mankind's Darkest Hour by author and musicologist James A. Grymes. The impact proved emotionally devastating and cathartic. Pentatone's masterful engineering captures the intense poignancy of the performance with startling realism.

The collaboration of popular opera and art song composer Jake Heggie with librettist and lyricist Gene Scheer is local legend, with works like Moby-Dick and It's A Wonderful Life creating lasting impressions at San Francisco Opera (SFO) and If I Were You making a splashy commissioned debut at Merola Opera Program. Both are acclaimed worldwide, but it is good to note Jake and his husband singer and actor Curt Branom still live in San Francisco. 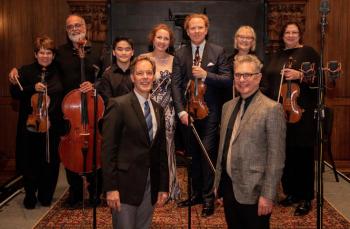 Early in her meteoric career, mezzo-soprano Sasha Cooke was known in the Bay Area from frequent appearances with Michael Tilson Thomas and the San Francisco Symphony, and a string of major roles at SFO. Fining her voice down to a mere hint of vibrato for Intonations, Cooke's interpretation is both convincing and touchingly beautiful.

Celebrated violinist Daniel Hope, recognized for his work with humanitarian causes, divides his time globally. Music Director of the Zurich Chamber Orchestra and San Francisco's justifiably renowned New Century Chamber Orchestra, he has endeared himself as a charming musical narrator and brilliant soloist. He brings a characterful voice to the new recording, playing one of the violins from the collection.

Violinist Sean Mori is a scholarship student at the San Francisco Conservatory of Music Pre-College.

All of the musicians performed on restored instruments from the Violins of Hope collection, including a violin formerly played at one of the infamous Auschwitz-Birkenau camp orchestras. The uncanny sweetness and surprising warmth of these storied strings is a testament to the dedication and skill of Amnon and Avshalom Weinstein.

The quality of the restoration is further apparent throughout the instrumental portions of the recording, aided by the excellent acoustics and engineering. Schubert's unfinished Quartettsatz ("Quartet Movement") is perceptively played and satisfying, but Mendelssohn's final String Quartet in F Minor Op. 80, is darker and urgently concludes the concert with a restless sense of yearning. 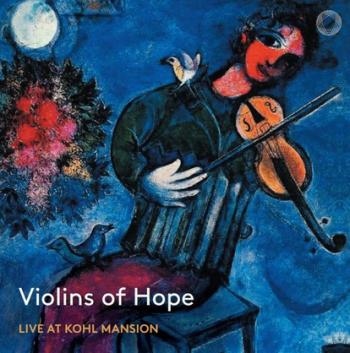 Intonations is a dramatic song cycle in seven parts with one instrumental section called 'Lament.' The opening I. 'Ashes' refers to one of the first violins Amnon Weinstein refurbished. The case was filled with human ashes. "How could this happen? A journey ends and another begins."

The song sets the sobering sometimes-painful tone of the cycle, but the concluding VII. 'Liberation,' inspired by Paula Lebovic's recollection of the Liberation of Auschwitz on January 27, 1945 adds a postlude of incredulous hope and unshakable resolve. In performance, a young solo violinist walks to the stage to join in the finale. Of course, we cannot see this, but reading about it in the program notes and hearing Sean Mori play is still quite moving.

Avshalom Weinstein says, "It has been a very difficult year in so many new ways, and having the recording of this wonderful and meaningful Heggie piece, coming out now, gives it even more import."

Alexander Pope said, "Hope springs eternal in the human breast," and Weinstein adds, "...never forget the past and always let resilience and tolerance be our future guide."

The voices of the Holocaust survive in the Violins of Hope. 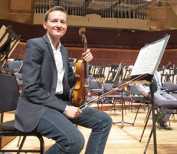 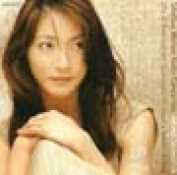