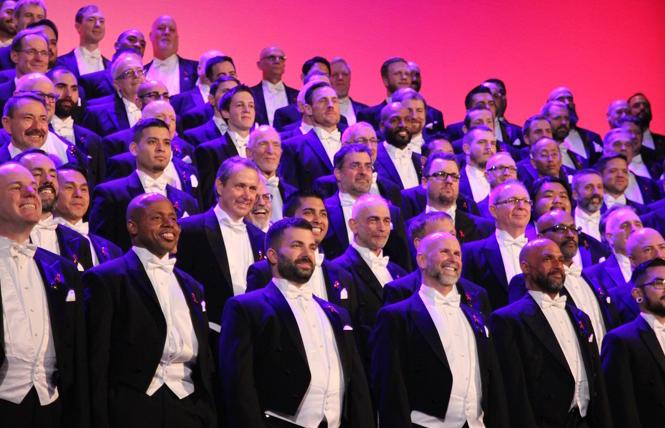 The San Francisco Gay Men's Chorus isn't letting the pandemic spoil their Christmas holiday. The chorus' annual Christmas Eve concert (At) Home for the Holidays will go on this year as a virtual event. This year marks the thirtieth anniversary of this gay Christmas Eve tradition, which usually takes place at the Castro Theater. (At) Home For the Holidays first launched in 1990, when the AIDS pandemic was still raging.

According to Artistic Director Dr. Tim Seelig, the chorus decided to rent the Castro on Christmas Eve to provide a place for those who had no home or family to go to. Much to their surprise, the theater was packed, and so the chorus began adding shows for subsequent years until there were three shows a night. Seelig is hopeful that next year the chorus will be back at the Castro.

This year's virtual show promises to be as exciting as the live shows have been. Seelig and company have lined up an impressive roster of guests, including Prince Manvendra Singh Gohil, India's first openly gay royal figure. The Prince, who is friends with Chorus Executive Director Chris Verdugo, will be one of several people in the show who will be sharing favorite holiday memories.

"Seven years ago, for the 35th anniversary of the chorus, we commissioned Andrew Lippa to create a large work about Harvey Milk," explained Seelig. "He included a soprano in a lead role. We let him choose and he brought Broadway star Benanti for the world premiere. We fell in love. She returned two years later to star in our Pride concert Dazzle. Our friendship was solidified. We are honored to welcome her to (At) Home For the Holidays." 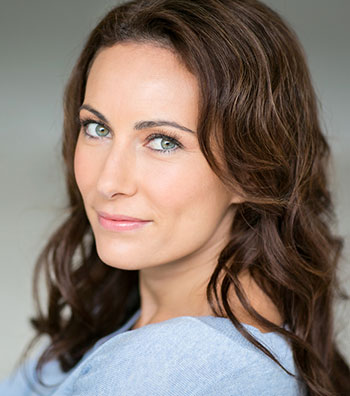 Bianca Del Rio, Seelig said, will be reading the holiday classic "Twas the Night Before Christmas," albeit with an adult twist.

"Suitable for the family, but with some delicious double-entendre sprinkled in," said Seelig. "Bianca is one of the most famous drag queens of all; sounds like Rudolph! She is known for her comedic timing, and boy, does it work! We were over the moon that she agreed to play with us."

Of course, the evening will include performances from the Chorus itself. The show promises to offer upbeat, show-stopping numbers along with updated modern takes on old favorites. The evening will also include the world premiere of a new song called "Merry Everything." The song was composed by Seattle based songwriter Ernie Lijoi, who sent it to Seelig.

"I was immediately smitten with it," Seelig said. "Considering the year we were having, it seemed the perfect message. The song references all the different customs and celebrations at this time of year. In this time when we don't know whether or not to say Merry Christmas, Happy Holidays, Kwanzaa, etc, could we agree to just say Merry Everything? It is beautiful."

The San Francisco Philharmonic will also be participating in the evening.

Continued traditions
One tradition that SFGMC shares with other LGBTQ choruses is signing "Silent Night" in ASL at their holiday concerts. They do it every year, and it's become an audience favorite.

"The first verse is sung and signed," Seelig said. "The second verse is signed in silence. Do not jump up to adjust the volume. The signing means different things to everyone. We hope it is a moment of complete silence where you can remember those gone before, whose voices are now silent, and gather strength for the road ahead."

Seelig noted that the planning of a virtual concert is both the same as planning a live show, but also very different. In normal times, the chorus would simply gather together with three hundred singers and rehearse.
"Rehearsals provide much of the lifeblood of the chorus," said Seelig. "It is where we truly build community and family."

But for obvious reasons, there can be none of that this year. Instead, there are Zoom calls every Monday night during which it is laid out what the chorus needs to do. 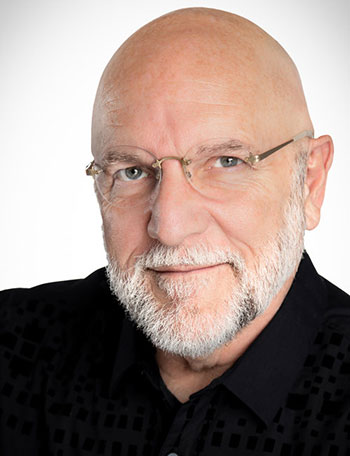 "Virtual choir videos are very, very difficult," he said. "The singers learn their part on their own. Then they videotape their part basically to a karaoke style background provided by our accompanist. They send it in and then, through an absolutely painstaking process, each of the videos are aligned and then a virtual choir video is produced. Our first, Truly Brave, is the best example, with over 200,000 views. Go look at it."
Seelig acknowledged that a virtual concert isn't the same as sitting in a theater with hundreds of people and hundreds of men live on stage, but live concerts are not an option for anyone this year. He promises that there are upsides to virtual performances.

"It is Christmas Eve and you can be in your jammies at home with a hot toddy," he said. "In addition, there are things we get to do virtually that we can't do in a concert hall, such as filming in locations all over the city. You also get to see those handsome men up close and personal on your big screen TV."

Also worth a look is Gay Chorus Deep South, a stirring documentary by David Charles Rodrigues about the chorus' tour of some of the country's reddest states, which they did to promote peace, harmony and inclusion in the aftermath of Trump winning the 2016 election. The film will premiere on Sunday, December 20 at 9pm on Pop, Logo and Pluto TV.

(At) Home For the Holidays; Thursday, December 24 at 5pm. www.sfgmc.org