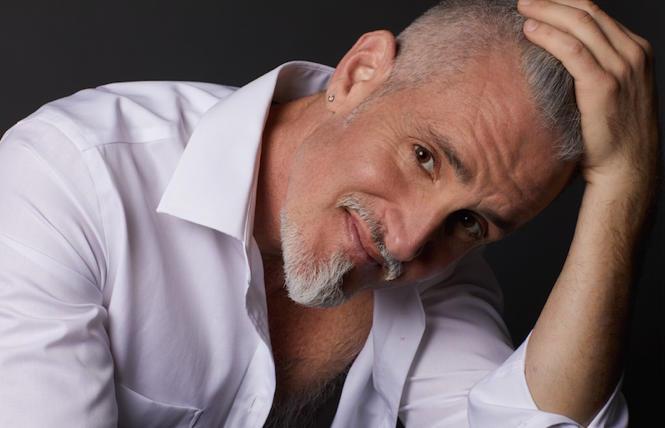 After a few years away from music, singer-musician Colton Ford has returned with new songs and new perspectives on art, life and yes, politics.

"I'm excited to get new stuff out," said Ford in a phone interview with the Bay Area Reporter. He shared his thoughts on current events, his family losses, and the adjustments he's made amid the pandemic to produce new music in his four-song EP, Unity.

About his time away, Ford, now 58, said, "My 50s have been really challenging, and it started with my mom passing unexpectedly. Fortunately I was with her for the eight months leading up to her passing from cancer. It wasn't a terminal situation until she collapsed in my arms and passed a few days later. So that's part of it. We all have to deal with loss, and certain losses are more deeply felt. My mom and I were super tight."

His biological father was not a part of his life from age 4-16, and he and his stepfather "never really connected, so it was really about the women in my life. It's a loss a lot of people can relate to."

Along with an unpleasant break up and some health issues, Ford needed time off. "It's a real situation for many men." He discussed his years-long work with a therapist, how he described feeling irritable, getting hot flashes, to which his therapist replied, "That's what we women call menopause."

"It was a progression that had me taking a step back," he said. "I wasn't putting myself out the way I had previously. I took some time to process stuff. Fortunately my mom and I had a lot of time together. We got to say everything, and she was comforting me. It was a real powerful time."

His 2008 Tug of War album (written and composed by Ford and DJ/producer Quentin Harris) won fans and pleased critics. Subsequent albums include Under the Covers (2009), The Way I Am (2013), the 2015 EP Next Chapter, and 2016's Glenn Soukesian. Several of his songs and dance mixes have charted in the Top 20 on Billboard.

In 2011, he acted and sang in the Off-Broadway musical Little House on the Ferry, and sang on the original cast album. In 2014, he starred in the Los Angeles production of Harrison David Rivers' And All The Dead, Lie Down. He also starred for three seasons in the gay-themed supernatural TV series The Lair.

Did he use this time away to inform his new music?

"Yes and no," said Ford. "I continued creating during this period and put some stuff out. But it wasn't until about two years ago that things just started shifting and I found my new mojo and said, 'Let's get this going.'"

Ford had been collaborating periodically for years with Ron Schrader, a friend since kindergarten, who co-produced Unity along with Spin Sista. Ford had been working with Spin for the past two years. "We all just started doing stuff organically together, and it was a really productive time, creatively."

With Schrader, Ford and Spin Sista in different cities (Washington, D.C., New York, and Houston) the trio sends each other single tracks, all shared privately online, back-and-forth until the new works are completed.

"They create the instrumentals, then I in turn write the melody and lyrics," Ford explained. "I use ProTools, and they have their studios. We exchange files, do the mixing and mastering. With the technology today, you don't have to be in the same room, which is great. But I miss the days when you'd go into a studio with an engineer, get up on the mic and just do your thing."

Wooping it up
Ford recalled his early analog days of making music. "They would cut the tapes and put pieces together for edits. There was an art form to it. There's something about it that I really miss."

This year lead Ford, Schrader and Spin to form Woop Woop Productions, which Ford hopes will become a creative resource for other artists as well.

"These four songs have a narrative that I think is really timely," said Ford, particularly the single "Stronger." He cited its sense of hope, specifically —and politically— in "finally getting the orange menace out of The White House."

How artists are adapting to political upheaval and COVID to continue creating aligns with Ford's decision to put new songs out.

"Entertainment and music are powerful tools, and at the very least, helpful distractions from all the pain and suffering, and the unconscionable behavior that we're witnessing," he said. "Music resonates even more during times of struggle. Singing and listening to songs provide a vehicle to help change the dialogue in our heads when we're battered every day with bullshit."

His new song "Modern World" addresses that in a dance-able yet dark take on 'haters' and the vapidity of 'glamour.'

Ford mentioned astronomer Cark Sagan's quote asking —considering the current abuse of social media— if we as a species even deserve the technology we created. "Are we even evolved enough to be responsible with it?"

"We still have issues with our sexuality, as a species. We're sexual creatures. We're built this way. It's one of the pleasures of life we've been given, but people still feel afraid to explore it, to not feel shame about it. Obviously, it's part of my story, and those conversations are still playing out 18 years later." 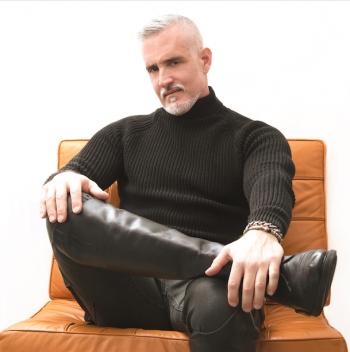 He also compared fans of his music who have also been effected by it in other ways. "We're talking about entertainment, how it offers an escape for people to go into a different place. It brings pleasure and joy; these are powerful things."

Asked if he may branch out into other genres in the future, Ford said, "I'm grounded in R&B, soul, jazz. It's all gonna come out." Ford mentioned more music on its way, including a full album set for release in 2021.

How does Ford feel like having become identified as a 'daddy' and one of the elder musicians in his genre?

Ford commented, "One of the things we have to break down is ageism. I think now we're seeing a broader spectrum of our community represented in the mainstream. Part of what I'm bringing is a new version of what being in your 50s is about. It lends itself to empowerment. I'm still pursuing my dreams. I might show a little skin, but differently. It's almost like armor. But it should also give hope to the youngsters. When you get into your 50s, it's not slowing down, it's not about stopping."