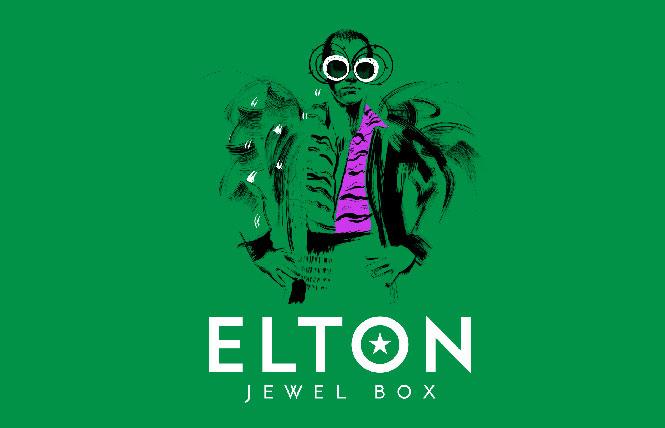 Have you been looking forward to the 2020 winter holidays, either as the giver of gifts or the recipient? If so, you can't go wrong with some of these very Mary, I mean merry, titles.

What would you do if you were Elton John? You've just won your second Oscar. This time it was for "I'm Gonna Love Me Again," the song co-written with longtime collaborator Bernie Taupin for the 2019 biopic Rocketman, on which you were one of the executive producers.

Because of the COVID-19 pandemic, multiple dates on your farewell tour have been rescheduled, some extending into early 2023. Your last few studio albums have been disappointments, although you did see fit to include a song from 2016's Wonderful Crazy Night on your 2017 double-disc Diamonds compilation. Wait, there's an idea! Put together another compilation. Make it a multi-disc box set, your first since 1990's accurately titled To Be Continued...

Jewel Box (Rocket/EMI/UMC) answers the question with a 96-page informational book, eight discs (or nine LPs) and almost 150 songs representing the British piano man's evolution. Of that number, 60 are previously unreleased. The first two discs are "Deep Cuts," and are particularly notable for including a track by fellow queer piano banger Little Richard on "The Power" from 1993's Duets. You'll find the unexpectedly Beatles-esque "Regimental Sgt. Zippo" in the midst of the third and fourth discs which cover 1965-1968.

Among the rarities on disc five, covering 1968-1971, you can hear "Sing Me No Sad Songs" which includes the familiar "Don't go breaking my heart" line, as well as some choice demos near the end of the disc. If you've ever wondered what Elton John singing in French sounded like, disc six, the first of the two B-sides discs, answers the question with a trio of duets performed with France Gall. The eighth and final disc, a musical companion to Elton's 2019 memoir "Me" includes three of the most overtly queer songs in the set, "Elton's Song," "The Last Song" and "American Triangle." 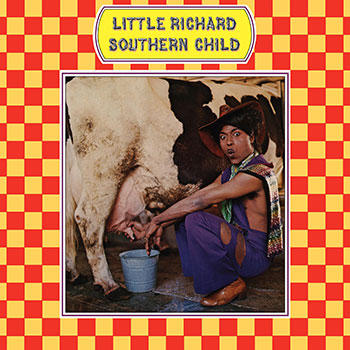 Speaking of Little Richard (aka Richard Penniman), the rock and roll godfather who died in May of 2020, was in and out of the closet more than a flattering garment. Southern Child (Omnivore), a previously shelved album he recorded in 1972, is finally seeing the light of day.

Little Richard's "singular entry in the annals of country," the 10 songs on Southern Child were written or co-written by Penniman. As you might expect, most of the songs are pure Little Richard, beginning with the rock and roll boogie of opener "California (I'm Comin')," and continuing with "Last Year's Race Horse (Can't Run in This Year's Race)," "I Git A Little Lonely" and the near-epic camp of "The Puppy Dog Song."

On the other hand, Little Richard was clearly unafraid of embracing his country roots on "If You Pick Her Too Hard (She Comes Out of Tune)," "Ain't No Tellin'," "In The Name" and "Over Yonder." Now, perhaps thanks to the popularity of gay, Black country artist Lil Nas X, we finally get to hear a different side of a music icon we all thought we knew so well. 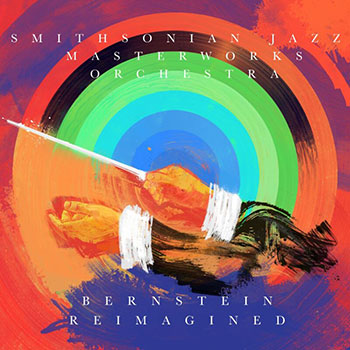 Legendary queer composer Leonard Bernstein once said, "Jazz is the ultimate common denominator of the American musical style." He played in a jazz band as a teenager and you can hear the influence of jazz in the scores for 1944's On the Town and 1957's West Side Story.

In fact, three songs from On The Town — "Times Square Ballet," "Great Love" and "Lonely Town" — can be heard on Bernstein Reimagined (Smithsonian Jazz/MCG Jazz) by Smithsonian Jazz Orchestra, led by Charlie Young, out in January 2021. Other standout selections include "Morning Sun" from Trouble in Tahiti and "Postlude" from its sequel A Quiet Place, as well as "Symphonic Suite" from On the Waterfront.

If you've ever wondered what it might sound like if David Sylvain (of Japan) fronted Prefab Sprout, your answer can be found on the soaring Flight by Tenant From Zero (aka queer Brooklyn musician Paul Darrah). A 21st-century reimagining of the best of '80s Brit-pop, the nine songs written or co-written by Darrah are equal parts tribute and triumph as he establishes himself an artist to closely follow.

Ambient opener "ZRH," about arriving anonymously in Zurich, is the first of the album's most haunting tracks (the other is "After"). Following that, Tenant From Zero becomes a thrilling exercise in pop perfection, as can be heard on "This Can't Wait Til Later," "The End Away" and "Properly Wrecked By John," as well as the delirious dance-floor numbers "The Bomb You Dropped" and "Perfect."

Dust Bowl Faeries, led by queer "Faerie queen" lead vocalist Ryder Cooley, comes from the cabaret/vaudeville tradition that gave us The Dresden Dolls and Gogol Bordello, among others. The creation of the Dust Bowl Faeries' album The Plague Garden (www.dustbowlfaeries.com) can be credited to the COVID-19 pandemic (hence the title) and sounds like a fitting soundtrack for these times. Moody and mournful and crackling with Klezmer energy, songs such as "Cyanide Hotel," "Pandemic Tango," "Serpentine Samba," "Candy Store" and "Polyester" will grow on you before you know it.

A Real Sensation (www.sundaecrush.com) the debut album by Seattle's Sundae Crush, featuring non-binary bass player and backing vocalist Izaac Mellow, lives up to its name, including the pink marble vinyl of the LP. If The Velvet Underground or Stereolab were based in Seattle, they might sound something like Sundae Crush, especially on the songs "Lick It Up," "Long Way Back," "Sensation" and "Good Boy." Album closer "Dudes Being Guys" is a classic.