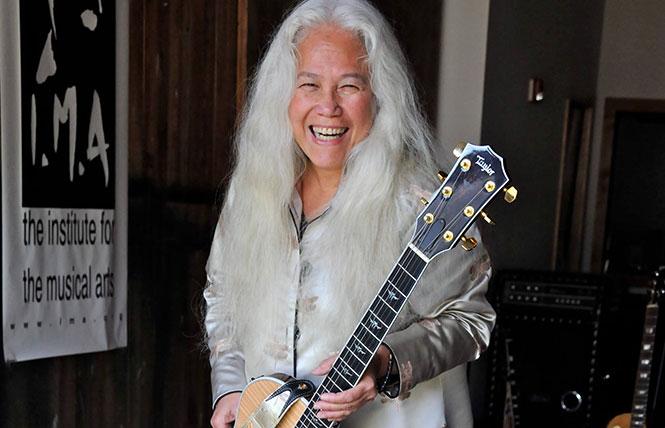 June Millington is the very definition of a living music legend. A founding member of celebrated all-female rock band Fanny in the early 1970s (one that was signed to a major label), Millington and her bandmates, including sister Jean, paved the way for everyone from the Runaways to the Go-Go's and the Bangles to Team Dresch and Sleater-Kinney to Ex Hex and Chastity Belt.

Millington, an out lesbian, also knocked down barriers for queer musicians via her association with Cris Williamson and others in the early days of the women's music scene. At 72, she shows no signs of slowing down with multiple projects currently in the works. June was kind enough to answer a few questions in mid-October, shortly before heading out to celebrate her 36th anniversary with her partner Ann.


Gregg Shapiro: 2020 marks the 50th anniversary of the release of Fanny's eponymous album. What does such an occasion mean to you?

June Millington: It means, number one, that I (we) survived! That simply cannot be overstated. The industry, bands who came after us, I just don't know how many people or entities, tried to "disappear" us. Fortunately, I met Cris Williamson in 1975 and discovered one of the principal reasons I had to leave the band in 1973. Leaving was tough, but growth was a must. And I'm totally happy that the world is discovering, and enjoying, us all over again. 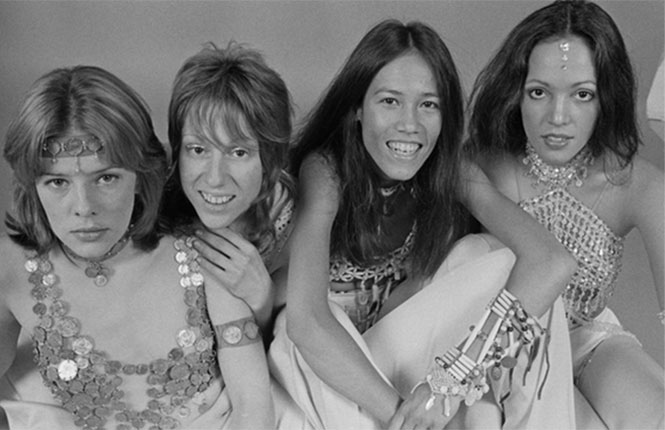 For those not in the know, how did the band arrive at the name Fanny?

I heard of a band called Daisy Chain when we were trying to rename the band in LA, which was signed in '69 as Wild Honey, and thought, "How cool, there's a woman's name in there!" That felt really good to me. So, I suggested that as an angle, it was added to a really long list, and everyone liked it: the producer, new manager, and record company, to be exact. They were the people, and powers that be, who mattered.


There is a distinctive timelessness to Fanny's music. When you listen to it now, what are you proudest of about the songs?

I think, two things: that we improved relentlessly through hard work, and we got better, in not a very long time, than a lot of guy bands! And, our material and styles never stood still. But, we had quite a few of the top tier players and bands on our side: Lowell George, in Little Feat; Jeff Skunk Baxter, Steely Dan/Doobie Brothers, even the Beatles, although they never mentioned it.

But they were okay with our adding a verse to "Hey Bulldog" (which we recorded at Apple Studio), so that says quite a bit. Folks can also catch up on a lot of details on the FannyRocks podcasts, which we started just a few months ago and which you can find on the www.fannyrocks.com website.


In addition to original songs, Fanny's albums included cover tunes that were written by men. Was this intentional or was there simply a dearth of songs by female songwriters?

We never divided it into gender, although when we developed as a band from '65 on, with a varying cast of players, and my sister Jean and I always the principals, we had to do mostly dance covers for about four years and always messed around with gender. People didn't care. They just wanted to dance! 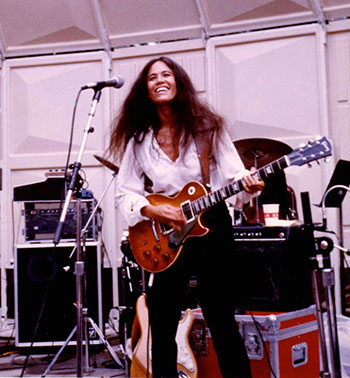 In what ways do you think Fanny's legacy and influence manifested itself in terms of all-female bands, both queer and straight?

Just the fact that we did it, against all odds, were pretty great, and are worth discovering all over again!


In 1971, Fanny had a hit single with "Charity Ball." How did you feel about such an accomplishment?

Well, we were moving pretty fast by then; recording the second album while releasing the first, playing both Fillmore East and Fillmore West, backing Barbra Streisand live on two songs in the studio, and appearing on The Tonight Show, Sonny and Cher, and The Kenny Rogers Show (in Canada) before even hitting London and Apple in Dec '71! We were working so hard and were pleased, but in the music biz you can never rest, so we were working on new material, recording, and performing constantly. Fanny was always working on our trajectory! Plus (we had to deal with) so many terrible comments always - being all young women. You have to balance that in, always.


Speaking of "Charity Ball," can you please say a few words about your activism on behalf of the LGBTQ+ community?

I have always spoken Truth to Power, whenever I could, and as best I could. In Fanny, people think I hid my sexuality - I did not. I just couldn't speak to it so much then, and besides misogyny was at the tip of our spear, always. You just had to push through, get better - bigger, badder, louder all the time! And I mean that sincerely, that was a damn tough job.

In fact, it was relentless, and I believe the 'opposing forces' succeeded, until recently. So, being alive now, and being able to speak out now more than before, is a sweet success. Being introduced to Cris in mid-'75, and therefore a direct line into women's music, didn't hurt either. 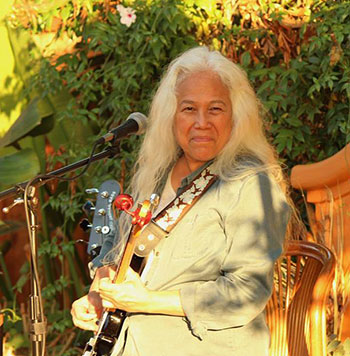 Among your numerous honors, you received the 2005 OutMusic Heritage Award. What did such recognition from your LGBTQ+ peers mean to you?

It meant a lot. Being heard and seen is so important, and I wish it for all of us. For me, as a Filipina-American, who moved here with our family when I was 13 (in 1961), it's super-important!

You know, I was a nice, shy, young Filipina when we got here. I didn't speak much, I watched. Then, music became (my sister) Jean's and my voice; and, we just kept getting louder with the band, in fact were growling, a deep growl! So, the recognition, and keeping up with creativity through music and my book Land of a Thousand Bridges: Island Girl in a Rock & Roll World, I feel like I'm catching up with my own life! I'm pretty big on Asian-American pride. People don't realize, for the most part, how big a deal that is - and Filipinos are so musically talented!


Are there any current projects on which you are working that you would care to mention?

Yes, IMA, the Institute for the Musical Arts (www.ima.org), is always ongoing. It's the materializing of the dream so many women spoke about, teaching, passing on our knowledge and skills in a safe space.

There's my podcast, Music in Our Veins: Conversations with June Millington, which I started to release this summer and features, interviews with essentially women whom I know, and who can share so much, like Cris, and Jami Sieber, Barbara Higbie, et al. Even a few men, like "Skunk" Baxter; and upcoming are Adrienne Torf and Earl Slick. All can be accessed through anchorfm.com-junemillington, which will, in turn, give you all the outlets.

I'm turning Land of a Thousand Bridges, which is available through IMA exclusively, into an audiobook here in our studios, and writing the sequel, which begins in 1975.

And finally, Jean had a stroke in 2018 and needs a lot of help in her recovery - we need her to play again! Folks can help out, and pass the word, at www.gofundme.com/jean-millington-go.