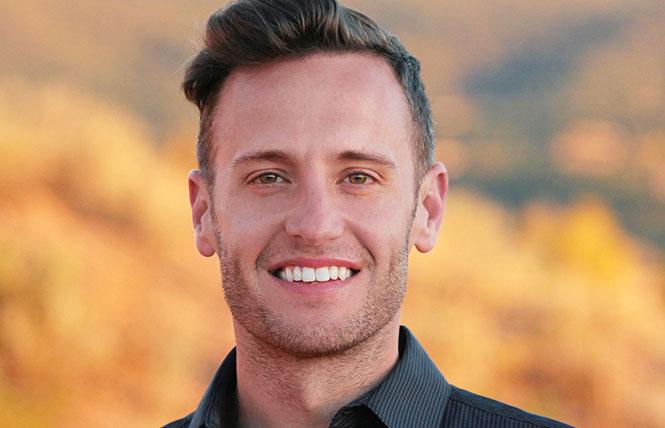 In 2013, just before I moved from Chicago to Fort Lauderdale, I was fortunate enough to interview singer Branden James, not once, but twice. A gay classical crossover artist, Branden, who also lived in Chicago at the time, was riding high following his success on America's Got Talent (where he was a finalist on season eight), as well as his performances with various national opera companies, including Chicago's Lyric Opera. 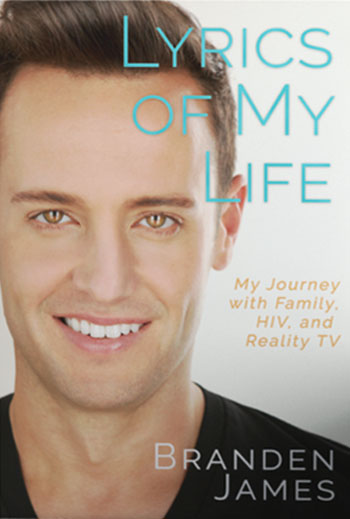 But Branden's triumphs were not without trauma, something he goes into detail about in his new memoir, Lyrics of My Life (Cleis Press, 2020). Raised in a conservative Christian home in Orange County, California, Branden risked being shunned by his family not only for being gay, but also for being HIV+. A survivor with talent to burn, James is now happily married to fellow musician James Clark, a cellist, with whom he performs as the musical duo Branden & James. I had the pleasure of speaking with James in the fall of 2020 about his book.

Gregg Shapiro: Why was now the right time to write your memoir Lyrics of My Life?
Branden James: I wrote it over the course of spring 2018/summer 2019. The release was delayed once because it (Cleis Press) was taken over by Simon & Schuster, and then a second time because of the current pandemic. After the second delay, I was a bit disheartened, wondering if the project would be shelved. I'm grateful to have released it in this tricky time.

Writing a memoir is a labor of love, for sure. I honestly never had it in mind that I'd write a book of any kind, but when the opportunity presented itself, I thought, why not? I believe we should always grab new life challenges and experiences that are handed to us. 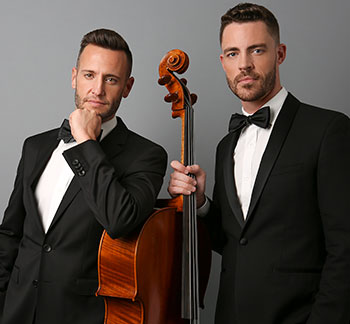 From having been on America's Got Talent, a great deal of my fan base is made up of rural and suburban Christians. I've been blown away at the amount of support I've received from them over the years. Just like music speaks to all of us universally, the stories we share with one another connect us on a deeper level; I truly believe we are much more alike than we are different or divided. I hope that telling this story will help those outside of the LGBTQ+ community understand a little bit more about who we are, and where our hearts are. Reducing stigma around HIV/AIDS is a huge part of what I set out to accomplish when writing the book.

Being that Lyrics of My Life is a memoir and your childhood is a significant part of the book, I was wondering if your parents and siblings have read the book.
My parents and my sister have read the book. Every person mentioned in it has read the excerpts they are included in. I had to have written permission from them in order to include them in my memoir. Everyone was generous in spirit and allowed me to include several personal stories about them.

It was difficult for my Mom to read especially; the details in the book aren't the kinds of things we generally discuss with our parents. She was saddened to know that I'd withheld many truths from her for so many years. It was cathartic to have her read it and understand me better. Now, I feel like the barrier that was holding back our relationship has been broken. It's beautiful and liberating. 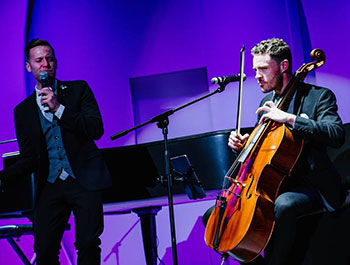 Speaking of family, not everyone is lucky enough to have an accepting and understanding Uncle Ted in their life as you did. What does that relationship meant to you?

My Uncle Ted is my biggest fan, and has guided me from a young age; encouraging me to pursue my dreams and get a college education. He has never passed judgment on me. He has always said that what I do is up to me, and God, and that's it. I wouldn't be here today, as an emotionally stable person, without his unconditional love and acceptance.

As is often the case in a memoir, the book is filled with intimate and personal details. Was there one thing more than any others that was most difficult for you to write about?

It was difficult to write about things I regret, such as passing HIV onto someone else, or driving recklessly while under the influence of marijuana and prescription pills. These are things I'll probably never forgive myself for, knowing I put other people in harm's way. I decided before writing the book that being honest about who I am was the best way forward. I'm glad I wrote the book in this way. It has been so freeing to put pen to paper and tell this story that I was afraid to share for so many years. 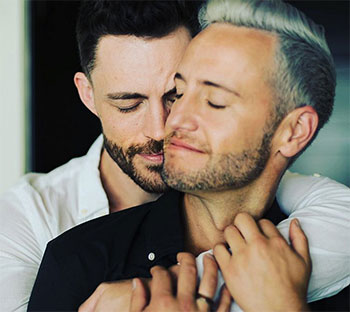 James Clark and Branden James, from their Instagram page

Thank you for using the word "meatus." I had to look it up even before I got to the part where you suggested the reader look it up. Writers make a variety of choices when writing, why did you choose to use the word "meatus"?

[Laughs] sometimes I found it less awkward to use scientific terms rather than more common descriptions when writing about personal details, or in this case, an opening leading to the interior of the body.

A large section of the book centers on your college experience. There have been a few good college-set movies released this year. If there was a movie version of Lyrics of My Life, who would you want to play you?

Good question [laughs]l! I would hope that someone in the LGBTQ+ community who can sing could play me in the /movie version of Lyrics of My Life. I'll just throw a few names out there: Cheyenne Jackson, Adam Lambert and Neil Patrick Harris come to mind. I think it'd be cool if a trans person played me, too. 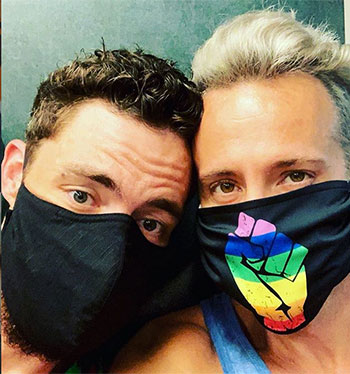 James Clark and Branden James, from their Instagram page

With your extensive background in opera, pop music and Disney tunes, is there a style of music, say K-Pop, or artist who you listen to that might surprise your fans?

I appreciate all kinds of music. I listen to, and am inspired by lyrics, mostly. I'm not a huge hip-hop fan, but I do love female singer-songwriters of all types: Sara Bareilles, Ingrid Michaelson, Sarah McLachlan, Dolly Parton, Carole King, Dua Lipa, Adele. Give me a sad song with soul-stirring lyrics, and I'm all about it!

Sam Harris, who, like you, is a gay singer who competed on a talent show (he won Star Search in 1983), wrote a memoir Ham: Slices of a Life in 2014, and followed it up with a novel in 2020. Now that you've written you memoir, do you think you might have a novel in you?

I'm currently reading and writing my way through (Julia Cameron's) The Artist's Way. It is a book that helps creative people let go of fear and find a clearer pathway to a higher level of creativity. I hope to let go of some of my creative hang-ups and write a book and some great songs. I'd be very happy with that!

This interview is taking place in September 2020, during the year of the COVID-19 pandemic. By what means, as a performer, and now an author, have you been able to reach your audience?

We've all had to reinvent ourselves to some extent in this COVID-19 pandemic year of 2020. My husband and I were fairly well-versed on social media before the pandemic hit. The transition to playing virtual concerts wasn't too difficult for us, luckily. Our audiences have been incredibly supportive of our music, and my writing.

It requires a little more thought and work to present high-quality content without the presence of a live audience, but it still has been rewarding. People are hungry for entertainment, and for human connection as we all remain in quasi-isolation. In some ways, we have more of a captive audience now than we did pre-COVID. I think we'll continue to use virtual performances to our advantage even when we have the ability to travel and play again for large crowds. It's like someone who works remotely for a big company. You can't beat the commute! 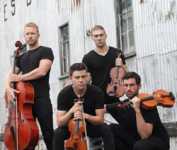 Fab Four :: Well Strung performs at Feinstein's at the Nikko