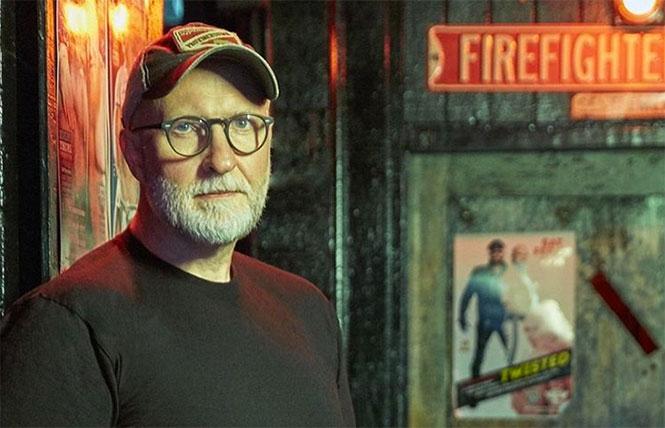 If gay modern rock legend Bob Mould isn't the hardest working man in music, he's definitely one of them. To prove that point, he's wasted no time in following up 2019's aptly titled Sunshine Rock with the somewhat bluer Blue Hearts (Merge). The album is blue in terms of its sexual content (check out "Leather Dreams") as well as in the liberal political messaging in songs such as "American Crisis," "Next Generation" and "Heart on my Sleeve."

As always, the songs are delivered in his trademark crunchy and blazing guitar rock style, with Mould backed by longtime bandmates Jason Narducy on bass and Jon Wurster on drums. I spoke with Bob in mid-September, shortly before the release of Blue Hearts. 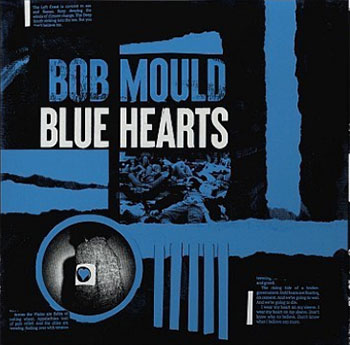 Gregg Shapiro: Blue Hearts opens with "Heart on my Sleeve," which begins with the lines, fittingly enough for right now, "The left coast is covered in ash and flames/keep denying the winds of climate change." The song was written and recorded long before the present disastrous wildfire season. How does it feel to you when you listen to or perform that song now?

Bob Mould: You can't write this stuff [laughs]. When I started gathering ideas for this record, (it was with) the idea of being more of a journalist. Trying to make my thoughts known, these are the things that appeared. Specifically, on that line, we've been having years of fires out here. Now, it's just so much worse. They tried to tell people this might happen, but I guess it wasn't that important to the government to think about climate change until it was too late. So here we are.


Has living in California heightened your awareness of the dire state of environmental issues and in what ways do you hope to make an impact?

For the better of the last four years I was in Berlin, Germany, where we like to think that Germany and Europe is way more progressive. But even in Germany, coal is such a motivator over there, and the auto industry is so important. They've got issues with (gas pipeline) Nord Stream 2 with the Russians right now.

I guess being back in California since November of 2019, I think I have a heightened awareness all the way across the board, not only how climate change is affecting the West Coast, but how the sensationalist mainstream news media, news as entertainment, has affected the psyche of the country and created such great division.

For me, the juxtaposition is that in Germany, news is mainly still news. It's not exciting. There's nothing titillating about it. It's just news, which is what news should be. Being back here, I think the over-amplifying of things here has created beyond an echo chamber, almost canceling out truth, which is nutty to be thinking about at eight in the morning when I can't even breathe outside. 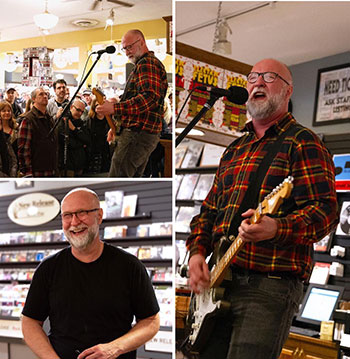 "Next Generation," which follows "Heart on my Sleeve," is also prescient, with the lines "Please pay attention/Take to the streets for your rights," especially in light of the Black Lives Matter movement's rise to prominence following the murder of George Floyd and others. Would you agree that the timing of the release of Blue Hearts is extraordinary?

It was a little unnerving. In life and, for lack of a better term, in entertainment and the arts, timing is key to things. When I set out to write the record it was just a general impression, speaking on 59 years on this planet and seeing what we as people actually need to do. Such as turning away from sensationalist force-fed media and talking to our neighbors, getting out on the street, protesting. Being in Germany, I don't think a single week went by where I did not stumble into an organized protest that would take over the main streets of certain neighborhoods in Berlin.

It was accepted behavior. To go from years of that and to come back here, writing these words was sort of a reminder to people that this is what we did in America in the 1960s. This is not a bunch of radical, left extremists who are going to loot Bergdorf Goodman. That's not the intent when people take to the streets for their rights. What I just described is actually looting, which is different [laughs].


It's ironic, don't you think, that the some of the people who were out there protesting in the streets in the '60s, have now, in their dotage, become so conservative, even going so far as to support Trump?

It sure feels like that could be the case. I don't have hard evidence, but I would suggest you may be right [laughs].

It's frightening, because these are the original hippies who are upset about protests.
I think people protest when they feel like they've lost their voice or they have no means. Means being that they don't have a large stake in the stock market, which the president speaks about when he says, "I didn't want to cause panic." Meaning panic on Wall Street.

I worry, because my job is to observe the world through my oddly-shaped glasses [laughs] and just report back on what I remember from being a 21-year-old-kid who had absolutely nothing but a band and a guitar and an amp with which to do things. Maybe these people who used to protest when they had nothing, once people get means, once people are invested, maybe they lose sight of the plight of the common person. 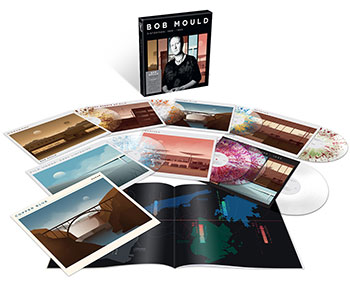 I recently interviewed gay writer David Leavitt about his new novel Shelter in Place, and we talked about the parallels for gay men when it comes to the AIDS crisis and the current pandemic, similarities including Republicans being in power and the undue influence of evangelicals.

"American Crisis," the blistering first single from Blue Hearts shares a similar sentiment. Do you think gay men could teach the rest of the world how to survive a plague, both viral and extremist?
I think David is illuminating what I think is a historical parallel which you just can't deny. Whether America's ready to listen to older gay men beyond caricatures on network television, I don't know. If they are, there are things we can tell them.

For me personally, as a young gay man in the '80s, it sort of crushed my development, but I realized that I had to protect other people, so I had to do certain things for 35 years until PrEP came along. Why was it not a problem for me for all those years, yet when you ask someone why they don't wear a mask, it's because it's their liberty. What if I had been that cavalier? 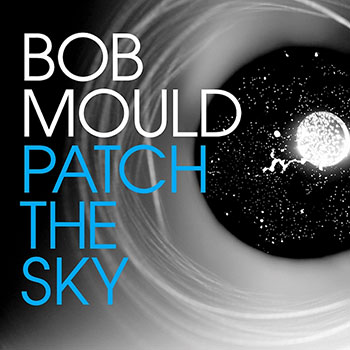 Right. It was such a simple thing for us to realize that to save our own lives, and the lives of others, you put on a condom, you relearn how to have sex. There's just no comparison to putting on a mask.

Yes, because this is just something that everybody's doing on their face. When you're asking people to make emotional sacrifices in moments of intimacy, I think that's a little bit heavier than having a mask on your doorknob so you put it on your face when you leave your dwelling [laughs].


The activist aspect of the album is reflected in that you donated the proceeds from the "American Crisis" single to OutFront Minnesota and Black Visions Collective when it was released a few months ago. Why were those two organizations chosen?

That was a split choice. I chose the LGBT group in Minnesota because a lot of the record, as you have seen, speaks from an older gay male perspective. Merge Records donated its half to the Black Lives Matter related situation that was going on in Minnesota. We mutually said that this covers all the things we're trying to say. 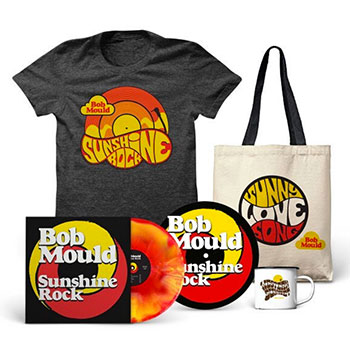 Yeah! I had a three-day sleepless stretch in January, right before going on the road and then right into the studio with these songs. I had the house to myself. I was writing like a madman. That one just fell out of nowhere. It was so hilarious because clearly these are the experiences of someone [laughs]. It's really riotous. I don't think I've ever been quite as out front. There were moments on Modulate, back in '02, but nothing quite as overt. I think it's outright hilarious. Who is this guy? Who has this life [laughs]?


In addition to Blue Hearts, you've released the massive CD and LP box sets Distortion: 1989-2019 and Distortion: 1989-1995, respectively. What does it mean to you to have these expansive retrospectives available and why was now the time to release them?

I had been talking with Demon Music Group about this project for five years on and off. A lot it was a matter of timing. Back in '16, Patch The Sky was out and I was doing a lot of touring and I kept that record alive for almost two years and then I went right into Sunshine Rock (in 2019). I thought that after Sunshine Rock wound its way down, I was going to take a longer break. Maybe I'll take a couple of years. This would be a good time to have the box set. It will be something in between Sunshine Rock and whatever's next.

Then my head started burning with all this new music. Then I was faced with this interesting dilemma of having a current project and a retrospective at the same time. It's weird because the current record sounds like the music that predates the box set [laughs], that really aggressive simplistic songwriting style. But the box set is really great. Every time I put out a record, people are like, "Is this your fourteenth solo album?" and I can never remember; now they're all in one place. 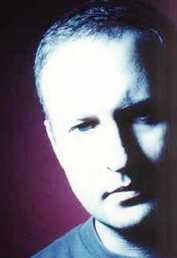