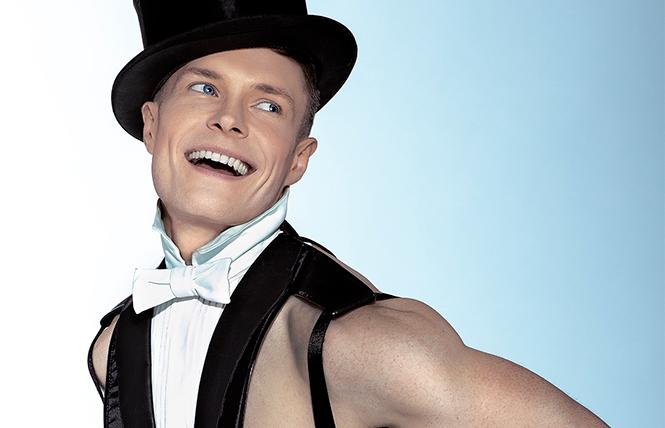 Kim David Smith, a gay Australian native who now lives and works in New York City, has released his first concert album: Live at Joe's Pub. The album, available via digital and streaming platforms as well as on CD, was, as the title suggests, recorded live at Joe's Pub, the Manhattan music venue and restaurant named after the famed theatrical impresario Joseph Papp. In 2013 Rolling Stone named Joe's Pub as one of the ten best clubs in America. 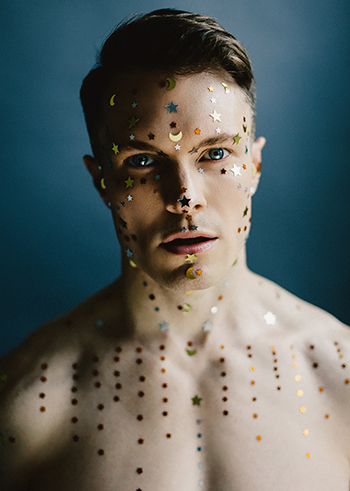 But Smith's music goes far beyond his beloved Weimer era. His eclectic song selection includes "Nature Boy," popularized long ago by the late great Nat King Cole, all the way to the pop hit "You Keep Me Hanging On" by The Supremes, which he performs in a slowed down cabaret style. The album's single is a rousing, cabaret-infused take on fellow Australian Kylie Minogue's dance hit "All the Lovers," a song that was meant to be Smith's wedding song this past April. Sadly, the wedding was postponed due to the pandemic.

"I've just been taking it one day at a time," Smith tells the Bay Area Reporter, speaking from his New York City home. "It's just been so bonkers, more bonkers for others than for some. In terms of not being able to perform live, which is one of my chief ways that I keep in touch with myself, it's been crazy! So crazy."

Smith's album may make some listeners yearn for the days when they could go and see live shows and make them hope that those days will return soon.

"I have hopes of going to my favorite venues and doing some shows without an audience and taping them in that regard," Smith said. "There's something to be said about the smell of the theater that gets me going. For me it's only going to be fun if it's safe. I open a show by wandering through the crowd, touching people, sitting on laps and being stupid, so that needs a huge rethink, depending on how people start reopening."

Smith feels that when performing, it's important to connect with the audience, which he does by singling audience members out during the show.

"You're making eye contact, you're singing directly to one person, then to another person with another line, and literally laying across their laps sometime," he said. "So I just hope we get a vaccine so I can get back to throwing myself on people."

Smith recalls his small Australia hometown as being a very sports oriented place; he, however, had other interests. He was out of the closet at a very young age, sometimes dressing up like Mary Poppins or Dorothy from The Wizard of Oz.

"I was a literally out of the closet because the dress-up basket was in the closet," he recalled. "So I'd go into the closet to get changed." His mom, he noted, was nothing but supportive.

"She offered me ballet lessons when I was a child," he said. "Which was pretty outrageous for the kind of kids I was at school with. She's always been super-supportive. I feel extremely lucky to be her son. Simply for the fact that she's happy to let her children teach her. She encouraged us. Mom is really awesome, she's really a tremendous lady, and is one of my best friends." 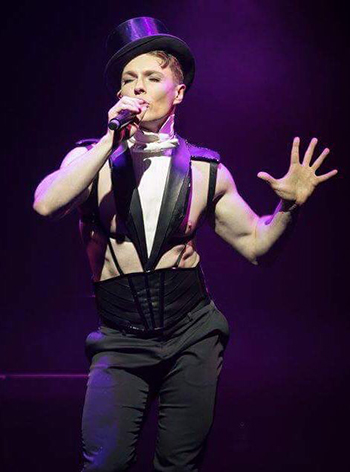 Willkommen
In addition to his cabaret work, Smith has also performed in musical theater, including as the Emcee in the classic musical Cabaret. It was Bob Fosse's 1972 film adaptation that played a major role in influencing his performing career.

"As a teenager, I would stay up really late watching the movie," he recalls. "The vibe, the atmosphere; Bob Fosse's fingerprints were all over it. Everything about it is so exciting and visceral. And it's really well thought out. It's like this semi-contained chaos, which is what the subject matter is. So I found it fascinating. I would watch 'Mein Herr' over and over again, and I thought that I was going to be Sally Bowles."

Cabaret was, of course, set in Berlin during the Weimer Era, which was a time when gay culture started to form and take shape.
"It was really a crazy, expansive time," he said. "And then very suddenly it was sucked into the black hole that was Adolf Hitler and the Nazi rule."

He also spoke of how Kylie Minogue influences him, referring to the pop star as his Jesus and his spirit animal.

"She occupies this crossover space in my heart," he said. "She kind of reminds me of my mom, but then she also makes me think of myself aspirationaly. As a teenager growing up I'd be like, 'Oh my God, Kylie's new video came out. It's amazing and I wish I was as glossy and fabulous as that.' She's just always been around in my life, and I find her utterly delightful."

In addition to Minogue, Smith has been heavily influenced by Marlene Dietrich, whom he refers to as "the original queer screen goddess." Dietrich's career began in Weimer Germany, where she worked on the stage and did films, before she came to Hollywood and created a sensation when, dressed in a man's tuxedo, she kissed a woman on the lips in the 1930 film Morocco. Smith has been referred to as "the male Marlene Dietrich," a label he wears happily.

"The most iconic image of her is in the tuxedo," Smith said. "It was completely scandalous. She was bi and married and had thousands of male lovers and was utterly unusual for her time. With a thimbleful of a voice, what did she have, eight notes to play with? But the way she would purr and crawl and meander her way through a song was just heaven. To me, music is about interpreting."

Live at Joe's Pub is definitely an album that Dietrich or Minogue would be proud of. Smith's dramatic voice and a piano, plus reactions from the audience, are all the listeners will hear, giving the album a warm, intimate feel.

"The point of the live album is for people to have something to take home and continue to live in the afterglow of a show that they had seen," Smith said. "Most of what Tracy Stark (Smith's music director) and I do and most of what I really enjoy is the relationship between us as music makers and storytellers. That to me is exciting. Listening to each other breathing together is the epitome of intimacy on stage, and that to me is what cabaret is all about."