And one for Mahler: 'Otello' and Mahler's eighth symphony, for your listening pleasure 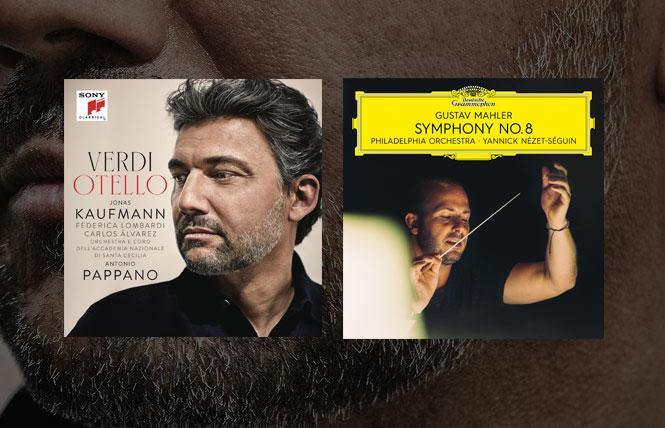 Jonas Kaufmann kept up the suspense about whether he could or would sing Verdi's taxing Otello longer than many tenors, and it's been worth every second of the wait. In his stage role debut at the Royal Opera, he kept close watch over his voice, than which he could have chosen worse tactics, but by the time he played the role in his native Munich in 2019, it was in his bones, and overwhelming.

At last we have the studio recording (Sony, whose previous DVD with Kaufmann is optional), conducted, as in London, by Kaufmann's trusted colleague Antonio Pappano and his Orchestra and Chorus of the Accademia Nazionale di Santa Cecilia, if less pressured, more varied here. No detail in the performance is too small to count. (He's been more sinister with Otello's rumbling-low-strings final approach elsewhere.)

Kaufmann is simply magnificent, singing as if he had earned role and as if he were now paying tribute to it, rather than merely showing off. He's spontaneous, judging the vacillations in Otello's weakness and power expertly and only slightly less all-out frightening than in Munich. There's far more in it than one listening reveals.

The happy surprise is the young soprano Federica Lombardi as Desdemona. Her voice is innately attractive, flexible, and sympathetic, noticeably sparing with vibrato, saved for particular effects. One result is that she sounds more like the beautiful young woman Otello is insanely jealous about than have some of the more matronly singers who have sung the part, however beautifully.

It's a voice you can see, and her Act IV "Willow Song" and "Ave Maria" are achingly beautiful without for an instant drawing attention away from her fate rather than achieving some high-wire vocal act. She saves the full terror in the role until the end, making the payoff all the greater. Carlos Alvarez sings nicely as Iago, which is a problem.

This set rewards repeated hearings. You can get your hands on the Munich telecast, not commercially, and I highly recommend you do.

Eighth Wonder
To those not completely smitten with his undeniable charisma, the meteoric rise of out conductor Yannick Nezet-Seguin has been a conundrum for some, about which my position has been fairly central. There is no doubt that he is a firebrand in the opera pit, where he also can conduct a diaphanous Pelleas et Melisande. Yet he has had a way of being lumpy with the central European repertoire that is the symphony orchestra's bread and butter.

He's just cleaned that slate with a stunning new recording of San Francisco audience favorite Mahler's Symphony No. 8. The composer may have considered it his best symphony but it's been a crown of thorns for recording companies, and often the weak link in conductors' complete Mahler cycles.

Nezet-Seguin's new live recording with his Philadelphia Orchestra (DG), made almost exactly on the centennial of its US premiere in Philadelphia, is the one we've been waiting for, with all the moving parts in perfect balance. MTT's stood to replace Solti's legendary Eighth but for the growling of bass James Morris marring his every appearance. It's as much for its subtleties as for its glories that Nezet-Seguin's Eighth now take pride of place.