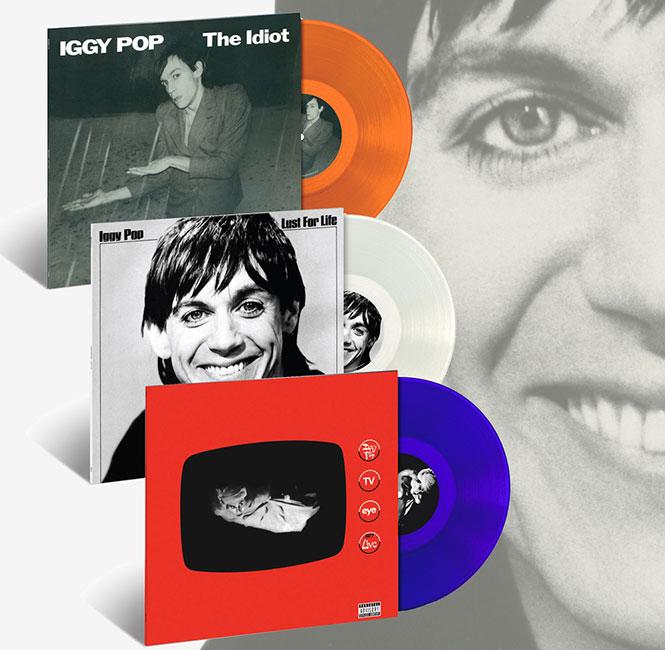 Born James Osterberg, Jr. in Muskegon, Michigan, Iggy Pop is more than 50 years into a recording career that has resulted in just under 20 solo albums, in addition to the three groundbreaking records he made as frontman of The Stooges.

When it comes to Iggy's solo work, he has yet to top the two he released in 1977 — The Idiot (UMC/Virgin) and Lust For Life (UMC/Virgin), each one newly reissued in expanded, double disc, deluxe editions. Both produced by David Bowie during his "Berlin period," the albums are a musical departure for Pop, equally experimental and accessible, and far less abrasive than his Stooges output.

Seven of the eight songs on The Idiot, originally released in March 1977, are credited to Iggy Pop and David Bowie. The eighth, "Sister Midnight," adds longtime Bowie guitarist Carlos Alomar to the songwriting credits with Pop and Bowie. The politically incorrect "China Girl" made its first appearance on The Idiot and was later recorded by Bowie on his 1983 Let's Dance album, becoming one of Bowie's biggest hit singles.

"Nightclubbing," recorded by Grace Jones for her 1981 album of the same name, has more of a Berlin punk cabaret energy in Pop's version.

Other notable numbers include the aforementioned album opener "Sister Midnight," "Tiny Girls" (featuring a Bowie sax solo) and the rocking "Funtime." The second disc in the set is a live recording from July 1977 in London.

Before listeners had a chance to fully digest The Idiot, Lust For Life arrived in August 1977. Of the nine songs, only three — including the exhilarating title track and the dramatic "Tonight" (later recorded by Bowie) — are solely Pop and Bowie collabs.

"The Passenger," cowritten by Pop and Ricky Gardiner, was a minor hit for Siouxsie and the Banshees, and is one of Pop's best-known solo recordings. An especially distinguishing factor of Lust For Life is that, aside from producing the album, Bowie is less of an obvious presence here, allowing Pop to fully establish his own unique musical identity, which comes through on songs such as "Some Weird Sin" and "Fall In Love With Me." The second disc of the Lust For Life reissue is Pop's 1978 live album T.V.Eye 1977 Live. 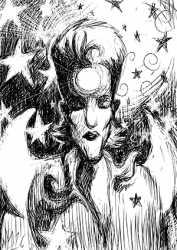