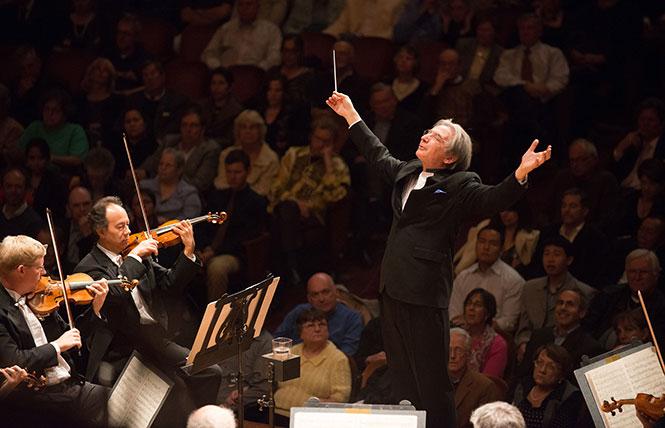 MTT is a citizen of the world, with international recognition of his achievements, but his career in Northern California feels most special. The brilliant kid from L.A. with a family history steeped in theatrical tradition spent his college youth surrounded by legendary mentors and teachers. His fascinating stories about everyone from Leonard Bernstein and Aaron Copland to Igor Stravinsky, have a marvelous (and always amusing) ring of truth.

Friends and colleagues include a diversity of famous performers like Isaac Stern and pianist Yuja Wang, actors Debra Winger and the unforgettable Audrey Hepburn; countless classical and pop singers, and such Rock and R&B icons as Metallica drummer Lars Ulrich and the late James Brown.

MTT has encouraged and launched plenty of musical careers himself and his role as co-founder of Miami's groundbreaking New World Symphony offers convincing evidence. He has said, "Being an American musician means being adventurous." Bringing that sense of enthusiasm and innovation to the San Francisco Symphony made a perfect match in 1995. His first appearance with the SFS in 1974 started an enduring mutual admiration society.

The LGBTQ community also appreciates his low-key identification, solidarity, and higher profile advocacy. In April 2017, with a gladly supportive Orchestra, and an array of guest artists including Audra McDonald, MTT replaced a cancelled performance in North Carolina, with Symphony Pride at DSH. NC's passage of HB2, which removed protections for transgender people, prompted the joyful fundraiser. There wasn't a dry eye or empty seat in the house.

Three years earlier, state Sen. Mark Leno administered the vows at MTT's wedding to lifelong partner Joshua Robison. Leno said he'd conducted hundreds of weddings before, "some of them even with opposite-sex couples." The three old friends made the social pages of newspapers at home and abroad, with social media adding best wishes for a change. 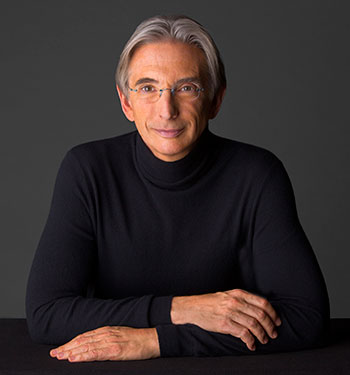 Awarded the National Medal of Arts by President Obama, and named a recipient of the Kennedy Center Honors in 2019, MTT's recordings have won numerous international awards, including 12 Grammy wins, 11 for SFS recordings, and 36 nominations. The "Mahler Project" stands as a towering lifetime accomplishment. On New Year's Eve 2019, he appeared for a cameo in a special Beach Blanket Babylon farewell at Club Fugazi in North Beach.

After a stunning performance of Mahler's Sixth Symphony (a signature piece for the conductor) in March, Davies Symphony Hall closed due to the coronavirus outbreak. The rest of the season was soon canceled.

As we consider the overwhelming ramifications for music lovers, we take a page from MTT's response to heart surgery a year ago. His recuperative process offered a philosophical perspective. We are grateful for what we've had. There is no point in focusing on the loss.

As time goes by and life at DSH adjusts to a new normal, patrons and performers will gratefully recall MTT's quarter-century of community events, mind-expanding festivals (American Mavericks; Stravinsky and Beethoven weeks), semi-staged productions (West Side Story; On the Town) elegant opening nights, and thrilling commissions and premieres.

The ever-evolving formula established a tradition that should prove timeless. SFS Music Director Designate Esa-Pekka Salonen will tweak the successful model and add his own ideas.

As teacher, instrumental performer, conductor and theatrical impresario (The Thomashefskys: Music and Memories of a Life in the Yiddish Theater), MTT has assured his presence on all platforms of digital media.

For a great way to savor and enjoy the maestro's gifts as an educator, documentary and concert episodes in the MTT / SFS Keeping Score series are available for unlimited free streaming on the Symphony's YouTube channel.

Join in an depth retrospective and invitation to MTT25: An Online Tribute Event June 28 at 5pm PDT, hosted by Audra McDonald and Susan Graham- featuring performances and tributes by musicians of the SF Symphony and Chorus, guest artists, and surprises: MTT25 The global virtual event will stream free of charge.

To complete your celebration of MTT binge, SFS Media drops a new album devoted to his own compositions, available for streaming June 26 and two-SACD set on July 17.

From the Diary of Anne Frank, for narrator and orchestra, recorded in 2018 features a radiant Isabel Leonard speaking the life affirming words of the iconic teenager. The score is full of wistful innocence, enlivened by a lush orchestral palette and graceful melodies. Tender and hopeful, Anne's diary comes to life as a gentle reproof to anyone feeling too sorry for them self during troubled times.

There are traces of Schubert and even a blast of barrel-house piano in the strangely beautiful score and the musicians sympathetically respond to the composer/conductor's demands.

Available through digital outlets, including iTunes, Amazon, AppleMusic, Spotify, Primephonic, HDTracks, all major retailers and IDAGIO, the new release can also be previewed on YouTube. www.sfsymphony.org/mtt25