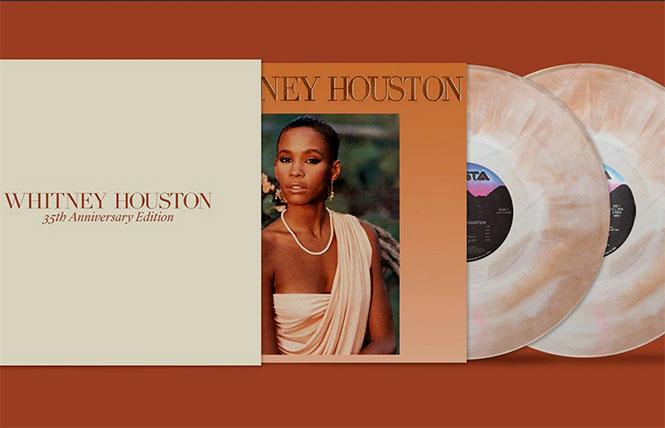 By 1985, the year in which Whitney Houston's eponymous Arista Records debut album was released, gay men were thirsty for an R&B diva of substance. Donna Summer's career, sidetracked by religious fanaticism, was essentially over.

A successful solo act throughout the 1970s, Diana Ross, who had a significant Nile Rogers-guided comeback in 1980, was still chugging along and managed to keep herself in the public eye, even with a series of meh albums.

Whitney Houston's Arista label-mates, legacy artists such as Dionne Warwick and Aretha Franklin were also having their struggles by the mid-1980s, although Franklin did manage to achieve a major comeback (also in 1985) with her Who's Zooming Who album. Of course, Whitney's reign would be challenged the following year by Janet Jackson and her breakthrough album Control.

The 35th-anniversary expanded vinyl double LP reissue of the Grammy Award-winning Whitney Houston (Legacy/Vinyl Me, Please) is what brought about this mini music history lesson. Listening to the album in 2020, you can definitely hear that it was of its time, especially in the production and arrangements.

That said, there is also plenty of timeless material to be found, particularly with the ballads, beginning with Houston's singular rendition of "Greatest Love of All" (also previously recorded in notable renditions by George Benson and Jane Olivor), as well as "All At Once" and "You Give Good Love."

Whitney's former disco diva/religious zealot mother Cissy apparently approved of her daughter singing a song about having an affair with a married man ("Saving All My Love For You"), but disapproved of her daughter being a lesbian, shoving her deeply into the closet. That didn't stop Whitney from following in (and surpassing) Cissy's disco diva footsteps with the song "How Will I Know," which was not only a club and pop chart sensation, but also featured a popular music video.

Even with all of her vocal prowess, it seems that Houston's greatest champion, Clive Davis, didn't trust her on her own, inserting distracting male duet partners such as Teddy Pendergrass ("Hold Me") and Jermaine Jackson ("Nobody Loves Me Like You Do" and "Take Good Care of My Heart").

Further distinguishing the vinyl anniversary reissue is the debut domestic release of Whitney Dancin' Special, a 1986 Japan-only collection boasting extended remixes of "How Will I Know," "Someone For Me," "You Give Good Love" and "Thinking About You," as well as an instrumental version of "How Will I Know." Additionally, the reissue includes a photo and lyric book with essays. 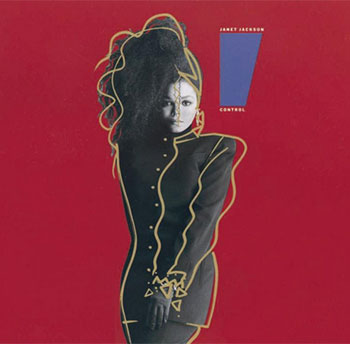 Miss Jackson
Reissued on vinyl for the first time since it was first released in February 1986, Control (A&M/UMe) by Janet Jackson was intended as an indication that the diva had taken full, well, control of her vinyl catalog and legacy.

Three albums into her career, mostly "controlled" (there's a theme here) by her unpleasant father Joseph, Janet found a production team that was better suited to her own vision. Jimmy Jam and Terry Lewis, formerly of the Minneapolis band The Time, had progressed beyond their beginnings and were about to become an in-demand production duo.

A nine-song album, Control was the source of seven (!) hit singles, all of which reached the top of the charts. The seven songs, including the title cut, "Nasty," "What Have You Done For Me Lately," "The Pleasure Principle," "When I Think of You," "Let's Wait Awhile" and "Funny How Time Flies (When You're Having Fun)," and the accompanying music videos in heavy rotation on MTV (when it was still a music video network), redefined Jackson as an unstoppable force.

The songs, especially the banging "Nasty" and the ballad "Let's Wait Awhile," perfectly illustrated Jackson's versatility as a performer. Additionally, songs such "When I Think of You," "The Pleasure Principle" and "Control" established Jackson as a dance diva, earning her a devoted following in the LGBTQ+ community. Jackson would later repay that kindness with a 2004 NYC Pride performance, ongoing AIDS activism and advocacy, support of various LGBTQ+ causes, an appearance on Will & Grace and more.