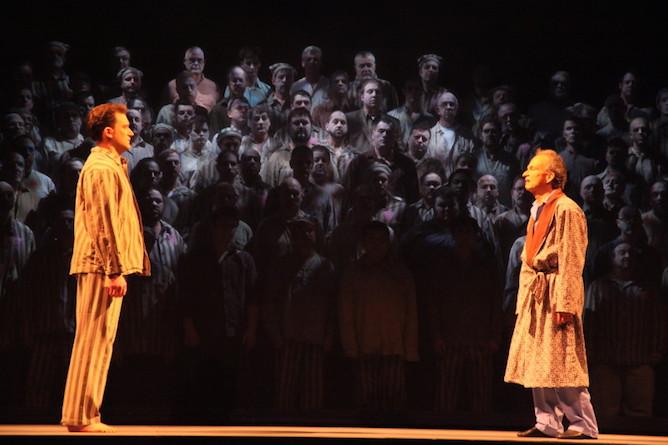 Music of Remembrance, the Seattle-based arts presenter, shares streaming performances of For a Look or a Touch the gay-themed music drama inspired by the true love story of Manfred Lewin and Gad Beck, two young men who were doubly targeted in Nazi Germany as both Jewish and gay.

Manfred was murdered in Auschwitz, but his journal with its poetic entries about his love with Gad was preserved and now resides in the United States Holocaust Memorial Museum. Gad survived harsh imprisonment and lived until 2012.

Jake Heggie and Gene Scheer tell their story with deep compassion that never descends to pathos or sentimentality. The music, of heart-stopping beauty, conveys a wisdom that helps us to appreciate those touched by the Holocaust in all of their complicated humanity. It's also a profound meditation on memory itself.

The performance streams through May 25. www.musicofremembrance.org