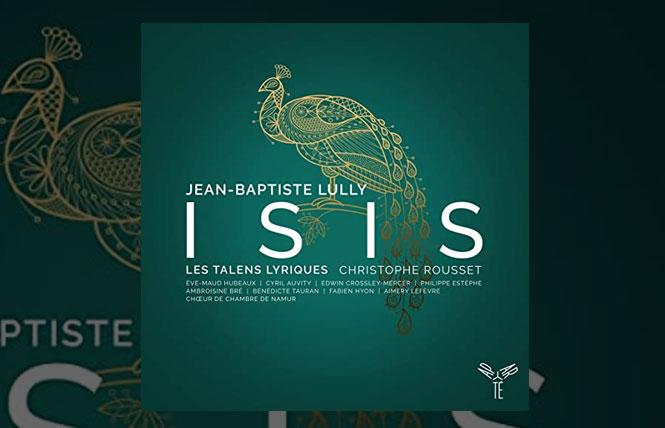 It's no longer news that live music — and not just classical — has been imperiled as much as most other human enterprises by COVID-19. Back in the day, productions closed, but now cancellations are of whole or partial seasons and, in the worst-case scenarios, companies themselves have been, in that foreboding word, shuttered. Most consumers think that no canned music, however well recorded, is a substitute for being there. More seriously, some musicians are born to perform — have to, to be who they are.

Few musicians came as close to getting their coattails locked in the exit door than Christophe Rousset, the out, early-music wizard who is a performer to the core, his indefatigable energy linked to the enlivening of a vast repertoire of music. The curtain had barely come down on the final performance of his tour of the Jean-Baptiste Lully's opera, Isis, when Vienna's Theater an der Wien was forced to lock its doors indefinitely. 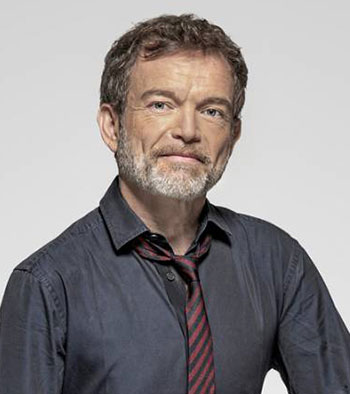 Lully's operas still count as rarities, but for at least a decade, Rousset has done everything in his considerable power to change that. His new recording of Isis (Aparte), taped in July 2019, was issued to coincide with the tour. It is his eighth complete recording of a Lully opera (some of them live and in concert), and both the recording and the tour confirmed Rousset's conviction that Isis is one of the composer's most advanced works, both musically and dramatically.

Like most Baroque operas — Isis had its premiere in 1677 — its libretto, by Lully's long-term collaborator, Philippe Quinault, is a tangled tale of romantic intrigue. It takes its story, as Handel did for Semele, from Ovid's Metamorphoses.

In brief, Io, daughter of Inachus, is betrothed to Hierax. Although she is the more jealous of the two, Io succumbs to the advances of Jupiter. Prenuptial interventions include Io's being imprisoned and tortured by Juno, who lets up only when Jupiter pledges fidelity to Juno if she stops the torture. Juno, rightly suspicious of her husband's wandering eye and lower anatomy, agrees, sealing the deal by making Io an Egyptian goddess, Isis.

An elaboration of Ovid that got the attention of the French audience — despite King Louis XIV's having signed off on the libretto — was the barely disguised rivalry of a pair of females; the onstage, real-life singers Madame de Montespan and Mademoiselle de Ludres, both known to be mistresses of the king. As in real life, it was the Madame de Montespan who prevailed, while her rival was dispatched to a convent.

The usual progression of a royal opera of the time was from the king's chateau to the palace at the Versailles and on to the stage of the Paris Opera. Quinault did not mean his amplification of the plot to become his swan song, but it was, and Isis never made it to the Paris Opera stage. 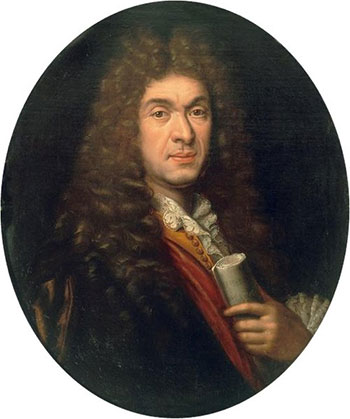 Composer Jeanne-Baptiste Lully in a portrait by Paul Mignard, at the Conde Museum

In the early days of what we now call the Early Music movement, a Lully revival would have been unimaginable — like a Handel revival, which has since seen all 40 of his operas sell-outs on our opera stages. Lully was and still is a harder sell, but Rousset, with his fervid championship of the composer, has made Lully heard again.

It's unlikely that it will ever be resolved whether Handel was gay, but it's another matter with Lully, whom we would deem "gay," although his amorous life was more exotic than that. A dancer, he literally pranced his way into the court of Louis XIV (perhaps literally through the back door), who adored his music and patronized him heavily.

Until serious revivals such as Rousset's, Lully was best remembered by musical historians for having smashed his own foot with the long conducting staff that was the precursor to today's baton. The dancer in him could not countenance the amputation his doctors recommended, and he died of gangrene.

Today, what with the name changes, it's impossible to count the historically informed music ensembles whose work audiences have come to crave. No one knows which of them the COVID-19 will side-line — most of the musicians, especially the singers, are freelancers — but it warrants pausing at this moment to acknowledge that no other ensemble has been as vital, resourceful and reliable than Rousset's Les Talens Lyriques, now having passed its quarter-century mark.

None of the others plays with a comparable precision and perfect ensemble, and few other leaders have evinced greater authority, imagination and verve than Rousset.

As important, Rousset has cultivated musicians of the first rank, including singers such as Veronique Gens and Sandrine Piau, who have made major careers. It's highly unlikely that you would recognize a single name in this Isis cast, but in addition to participating in ace ensemble work, each creates a three-dimensional character, not incidentally because they're all francophone.