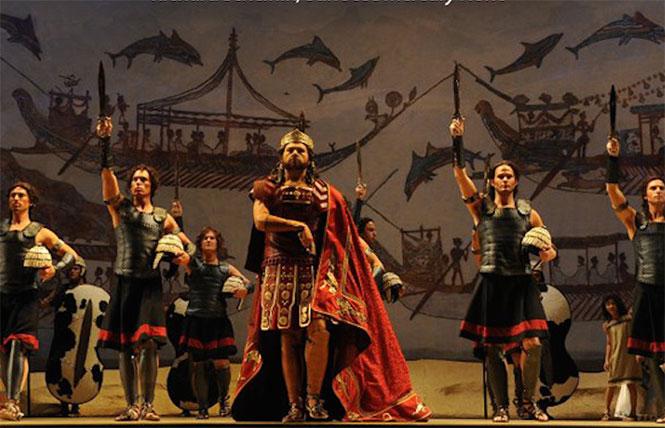 The other shoe dropped last week as the San Francisco Opera joined the growing list of music institutions cancelling the rest of their spring and summer seasons. General Director Matthew Shilvock announced the "heartbreaking decision," made after an April 10 board meeting and weeks of consultation, following SF Mayor London Breed's initial shelter-in-place order March 16.

Due to the COVID-19 pandemic and a daily influx of shifting information, arts companies are forced to make serious unprecedented judgments. "The safety and health of our audiences, artists and employees must come first." Facing an estimated $8 million financial loss, Shilvock admits stopping the rest of the season is the only sensible choice. Safety measures and social distancing make travel, preparation, and rehearsals a logistical nightmare.

The Company intends paying full compensation and benefits for employees through the current May 3 shelter-in-place period. Continuing negotiations will focus on the effect of cancellations on the lives of artists, crew and staff and an uncertain future.

Cancellations of Pride Night at the Opera and SF Pride 2020 prevent public celebration with SFO staff, but San Francisco is still an opera town and where there's a will there's a way.

"This company has faced many challenges in its nearly 100 years. Our very theater was built from the determination of San Franciscans to bring music back after the devastation of the 1906 earthquake," said Matthew Shilvock in a press statement. His commitment to the city and opera is heartening.

In a typical act of civic commitment, the company recently donated a supply of in-house PPE to UCSF's Mt. Zion campus. N95 masks, suits, gloves, and disinfectants, ordinarily used to insure the safety of musicians and stage workers are out of storage and onto the crisis frontline. 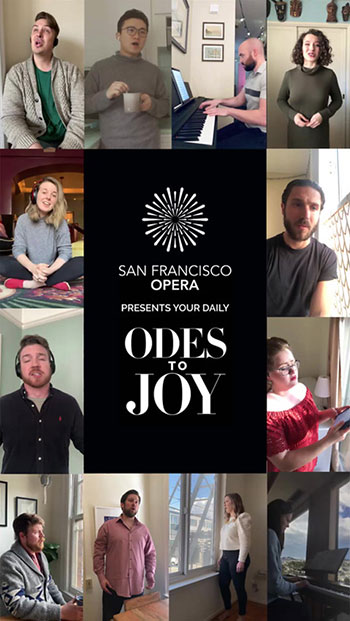 More music at home
More Bay Area organizations offer opera performances online for listeners, feeling early pains of withdrawal. We can gorge on carbs and grand opera in the privacy of our own homes as Opera San Jose streams its 2011 production of Mozart's majestic Idomeneo, on the company's official website through May 18, 2020. www.operasj.org

A highly anticipated semi-staged production of Leclair's Scylla et Glaucus will also go uncelebrated. Fortunately, McGegan's fans have made their affection clear throughout the pre-quarantine season and he maintains a strong presence on YouTube. Among many delights, catch McGegan conducting the PBO in orchestral suites from Rameau's Les Paladins and Leclair's Scylla et Glaucus.

In a generous gesture from hard-hit Manhattan, the Metropolitan Opera is lifting everyone's spirits, streaming full productions on 'Metropolitan Opera's Nightly Streams.' Since this luscious programming began over a month ago, the company has allowed listeners to select an audience favorite.

Upcoming operas in week six include:

Saturday, April 25: the At-Home Gala features more than 40 leading artists in a live stream from their homes around the world.