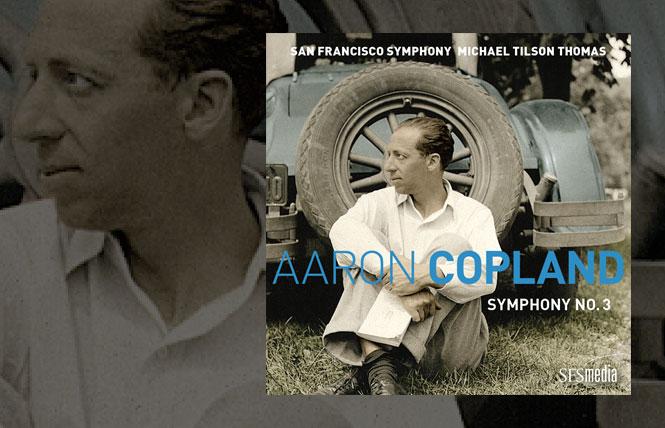 British composer Malcolm Arnold said,"Music is the social act of communication among people, a gesture of friendship, the strongest there is."

Concerts provide essential togetherness, but closeness between artists and listeners is impossible now. The San Francisco Symphony, with the support of Music Director Michael Tilson Thomas, has come up with a resourceful exchange; one that lets us bond in music and still maintain social distance.

All documentary and concert episodes in the MTT/SFS Keeping Score series are rolling out for unlimited free streaming on the Symphony's YouTube channel. The initial launch March 19 of "Copland and the American Sound," Shostakovich Symphony No. 5, and Charles Ives "Holidays" Symphony, continued March 28 with Part 1: "Mahler Origins—Symphony No. 1," and Part 2: "Mahler Legacy-A Mahler Journey." 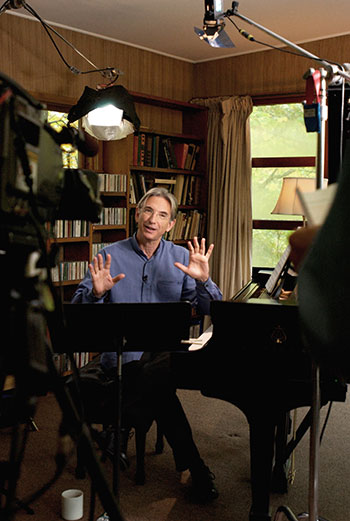 The admired and well-loved departing Music Director, so much a part of Bay Area life for 25 years, says, "Creating Keeping Score remains one of the most exciting journeys the San Francisco Symphony and I have taken together."

Not since another generation learned to love and understand classical music with Leonard Bernstein, has an American conductor been able to convey the sheer joy of music in such an accessible way. MTT is famous for his educational skills and his enthusiasm is contagious. Every installment in the series brings insight and entertainment for everyone, from aficionados to classical newbies.

COVID-19 shut down Davies Symphony Hall and scuttled a tour to New York and Europe. Performances are cancelled or postponed until later in May, and uncertainty surrounds the rest of the season. SFS CEO Mark C. Hanson is right and generous to say, "There is no better time to make this remarkable series available to all without barriers."

Keeping Score is a fascinating and diverting reward for a world sheltering in place.

Copland's Third
The San Francisco Symphony added Copland's monumental Third Symphony to their Grammy-winning discography March 13, 2020. With all that has happened since, it might have gone unnoticed. It actually comes not a minute too soon, to uplift us during days of doubt and insecurity.

I have always loved the idea of a gay Jewish New Yorker and political lefty defining the musical sound of America. The can-do Yankee, the frontier dreamer, and the urban hipster all find their place in the composer's marvelous melting pot.

From Appalachia to the expansive prairie, and the granite and steel canyons of Manhattan, Copland added subtle sophistication and emotional breadth to the great American soundtrack. Even the thorniest of his young firebrand compositions show an open heart and spirit.

Most listeners know him for his broad arching melodies, catchy dance tunes, and jumpy rhythms that capture the energy and soul of a nation. You would have to be made of wood to keep still during "Rodeo" or remain unmoved by the unadorned simplicity of "Appalachian Spring."

"Fanfare for the Common Man" was perhaps Copland's best-known concert opener. Written in response to a request from Cincinnati Symphony Orchestra conductor Eugene Goosens for a musical tribute honoring veterans of World War II, the flourish is the essence of populist pride. That's populist in the Bernie Sanders way, a stand out musical motto for stand-up people.

Copland incorporated the magnificent theme prominently in the Third Symphony. The whole score shows him in bright American Optimist mode, with a beautifully crafted opening movement, leading to the exhilarating conclusion. Scored with masterful translucency for a big orchestra, every strand is fortified by the sympathetic lead of conductor Michael Tilson Thomas and the San Francisco Symphony musicians give it all they've got.

Available through digital outlets, including iTunes, Amazon, AppleMusic, Spotify, Primephonic, HDTracks and IDAGIO the new release can also be previewed on YouTube.

We need an American anthem for today. MTT's sure-handed take on old friend and mentor Aaron Copland's mighty Third goes above the clouds to a sky of truest blue.