Music as spur to memory 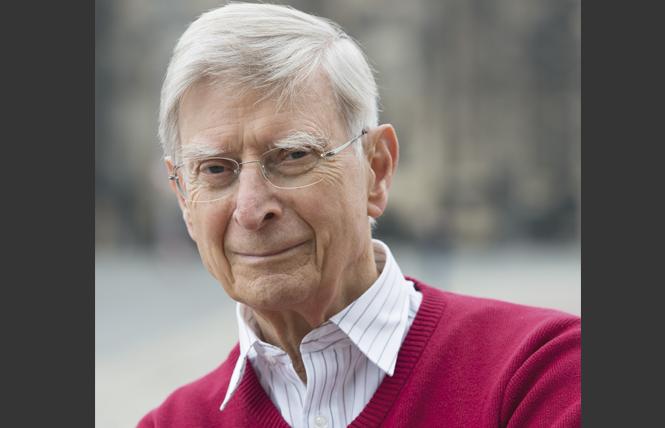 Two concerts in San Francisco recently evoked memories and underscored the importance of history, offering new hope for the future. One was a solemn memorial, the other a celebration of musical tradition. Both conveyed the living power of music.

Music at Kohl Mansion's sponsorship of the traveling collection "Violins of Hope," in association with the Consulate General of Israel, San Francisco Interfaith Council, and Jewish Family and Children's Services Holocaust Center, made a resonant contribution to International Holocaust Remembrance Day on Jan. 27 at Congregation Emanu-El in the city.

Commemorating the 75th Anniversary of the Liberation of Auschwitz, "Violins of Hope" co-founders father-and-son luthiers (violinmakers) Amnon and Avshalom Weinstein appeared to talk about their ongoing work. Collecting and restoring string instruments surviving the Holocaust, they have also preserved stories of the original owners, as chronicled in James A. Grymes' book "Violins of Hope: Violins of the Holocaust: Instruments of Hope and Liberation in Mankind's Darkest Hour."

The indescribably poignant provenance of the instruments, expressed best by their return to performance, made the concert a moving tribute and a triumph. New Century Chamber Orchestra performed musical works by J.S. Bach and Francois Couperin with pianist Simone Dinnerstein. Four excerpts from Jake Heggie and Gene Scheer's "Intonations: Songs from the Violins of Hope" formed the central core of the evening.

Avshalom Weinstein gave contemporary focus to the commemoration when he said, "We know where hate starts, but we don't know where it ends." 75 years after the liberation, cruelty and bigotry remain. Painful as it may be, humanity must remember the past and victims of evil. Anne Frank maintained her optimism against all odds, and "Violins of Hope" signifies the good in us. The voices of musicians of the Holocaust live on in their instruments.

Grace Cathedral hosts the SF premiere of Heggie and Scheer's complete "Intonations: Songs from the Violins of Hope" on a program including works by Schubert and Mendelssohn with mezzo-soprano Nikola Printz, violinist Rebecca Jackson, and a string quartet from the SFO Orchestra, Fri., Feb. 21, 7:30 p.m. Tickets ($15-$60): (415) 749-6300, vohatgrace.eventbrite.com.

Featuring instruments from the "Violins of Hope" collection, San Francisco Symphony Chamber Music Series presents music by Malcolm Arnold, Gideon Klein, Johannes Brahms, and Hans Krasa at Davies Symphony Hall, Sun., Feb. 23 at 2 p.m. Klein and Krasa were both imprisoned in the Terezín concentration camp. They died there, but their music did not perish. Tickets ($40): (415) 864-6000, sfsymphony.org.

DSH played host to the return of Conductor Laureate Herbert Blomstedt recently in the first week of his annual visit. Beloved for his adherence to a musical tradition that defines an era, and for his vigorous maintenance of classical music-making, the august maestro continues to age with grace. Memories of his decade-long tenure with the SFS are refreshed the moment he comes onstage. The walk may be slower, but the gleaming eyes are still brightly alert, and his gestures remain clear and incisive.

The concert opened with Franz Berwald's Symphony No. 1 in G minor, "Sinfonie serieuse." Blomstedt has always championed the composer, once considered "the leading Swedish symphonist of the 19th century." His advocacy hasn't brought Berwald to a place of prominence in the repertoire, but it indicates Blomstedt's valuation of artistic worth.

The Symphony No. 1 is a fine, well-argued and orchestrated piece that readily communicates. It does not linger in memory long, but the buoyant performance, aided by sympathetic orchestral playing and Blomstedt's steady hand, made a pleasing impression while it lasted.

The second half of the bill offered a weightier example of the conductor's mastery of big-name composers. Brahms' Symphony No. 3 — well, any Brahms suits Blomstedt perfectly. The response of the players showed their confidence in his detailing, and despite a few idiosyncratic pauses in the first movement, the results proved definitive.

This week, Blomstedt wraps his fortnight at DSH with his contribution to "Beethoven 250." The composer's Second Symphony is performed with the Symphony No. 4 by Brahms.