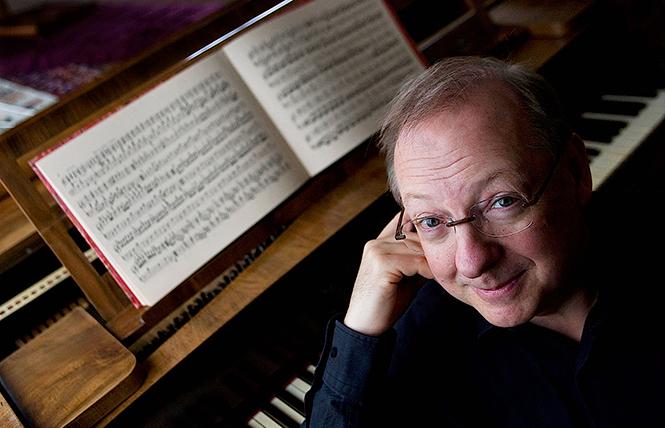 Three years into a slash-and-burn administration, American institutions are being decimated with brute force and ignorance. It may be cold comfort that the arts seem relatively under the radar, but they have also been historically besieged. As we head into the new year, thoughts turn to Bay Area musical groups, leaders, and performers who manage to survive against the odds.

Two guiding lights of historic San Francisco organizations retire in 2020. Nicholas McGegan, treasured Music Director of Philharmonia Baroque Orchestra and Chorale, marks the final year of his 34-year tenure with a full schedule. Called "Reflections," his farewell season sums up an amazing career, with music from Baroque to Classical and Romantic, and a commission by Pulitzer Prize-winning composer Caroline Shaw.

McGegan conducted lush performances of Handel's oratorio "Judas Maccabaeus" in December with popular tenor Nicholas Phan in the title role and pitch-perfect contributions from soloists, including mezzo-soprano/contralto Sara Couden as a memorable "Israelitish Man." Her outstanding voice and presence added vibrant life to a neglected masterpiece. The concert also offered a delightful holiday alternative to that other Handel oratorio.

Enduring star Michael Tilson Thomas is another example of lifelong dedication. Scholar and teacher, performer, raconteur, and brilliant showman, MTT has given an amazing 25 years to the San Francisco Symphony and the city he has entirely embraced.

Married to old high school friend Joshua Robison, he has made their winning partnership an endearing local celebrity-sighting. With award-winning recordings, festivals, tours, the "Mahler Project," and innovative semi-staged productions, he has made an international name for our great American orchestra. Striding down the aisle of Davies Symphony Hall to take the podium for his final opening night last September, he personified the elegance and excitement of the SFS. We will miss his electrifying presence, but always be grateful for the fabulous legacy.

Younger institutions are establishing their own traditions, too, and promising artists are waiting in the wings to keep Northern California a haven for music. 2019 offered especially strong examples. 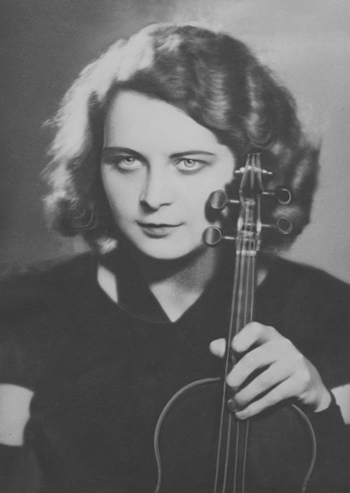 Bard Music West has previously featured her in solo appearances. The enterprising California offshoot project of Bard Music Festival in New York's Hudson Valley, the festival has explored the life, influences, and music of a single composer annually since 2017. "The World of Grazyna Bacewicz" at Noe Valley Ministry in San Francisco expanded the formula, adding a narrative element in three emceed shows presenting a fascinating portrait of a unique and neglected composer.

Pianist Allegra Chapman, Co-Artistic Director and Executive Director of BMW, and cellist Laura Gaynon, Co-Artistic Director and Associate Director, came upon the music of Grazyna Bacewicz (1909-69) during a trip to Poland. They researched her life, music, and contemporaries, and determined to share their discovery with San Francisco listeners. The results produced some of the most important concerts of 2019. Notable for celebrating a major female composer deserving wider currency, but also for showcasing young, proficient performers, "The World of Grazyna Bacewicz" was mind-expanding.

There was a wealth of fresh talent also on display throughout Merola Opera Program's season, and the concluding Adler Fellows Concert (former Merolini) "The Future is Now 2019" at Herbst Theatre offered an exceptional roster of gifted rising stars. The undisputed standout was countertenor Aryeh Nussbaum Cohen. Immediately recognized as a young man who is going places, Cohen was ready for his close-up from the get-go, and his thrilling performances at Philharmonia Baroque and the San Francisco Opera proved his confidence and the strength of his beautiful voice.

I guarantee you will be hearing more from bass-baritone Christian Pursell and mezzo-soprano Ashley Dixon, too. For early star sightings, there is nothing more reliable than an Adler Fellows concert.

Things are on a forward motion in a big way at SFO with the exciting appointment of Eun Sun Kim, Caroline H. Hume Music Director Designate.