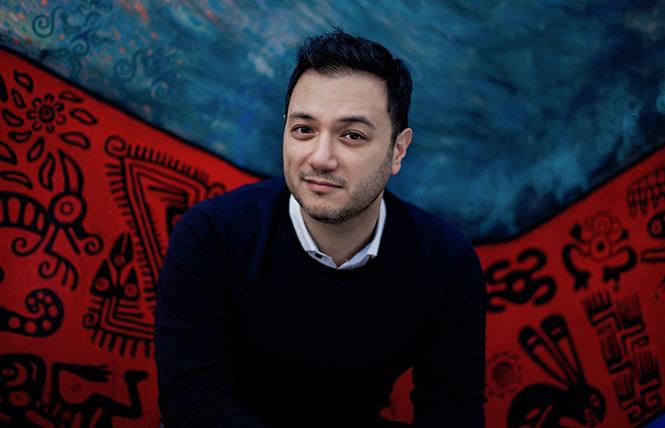 Philharmonia Baroque Orchestra and Chorale (PBO) and departing Music Director Nicholas McGegan made a warm-hearted gift to the holiday season last week with performances of Handel's stirring oratorio "Judas Maccabaeus." Listeners at Herbst Theatre in San Francisco received chocolate gelt and wishes for a "Happy Hanukkah" upon leaving, a deft and charming gesture after a night of joyful song.

Handel's richly melodic London oratorio, one of the greatest hits of his lifetime, gets few hearings today, probably due more to its length and musical requirements than to artistic merit. Written to celebrate the Duke of Cumberland's victory over rebellious Jacobites, contemporaneous English listeners could relate to the subjugated Israelites of the story, who fight their Syrian enemies repeatedly, ultimately to win and give thanks to the lord.

The plot is spare, told only from the Israelites' point of view. Three characters are named: Judas and his brother Simon, and Eupolemus, the Jewish Ambassador to Rome; others are called "An Israelitish Woman," "An Israelitish Man," "Israelitish Messenger" and "Chorus of Israelites." Not much to provide dramatic action for an opera, but plenty of fodder for oratorio, with many sorrowful laments, pastoral odes, beautiful arias and duets, and celebratory choruses. "See, the conqu'ring hero comes!" is high on any Handel playlist.

The "Israelitish Man" and "Israelitish Woman" have much to sing. Both are essential to understanding the plot and provide needed theatrical impetus. American Robin Johannsen has a finely etched edge to her bright and warm soprano. Her "Israelitish Woman" paired well with mezzo-soprano/contralto Sara Couden's memorable "Israelitish Man." Appreciatively known throughout the Bay Area, Couden's striking voice and impressive stage presence deserve wide currency. There is a confidence and compelling appeal to her rich tone. Her air "Father of Heav'n" at the top of Act III earned special praise.

All eyes were on conductor McGegan throughout the long but refreshingly brisk concert. The self-proclaimed "semi-bionic maestro" (regarding a scheduled hip surgery at the end of PBO's last season) radiates infectious enthusiasm and good humor. His current farewell season is appropriately called "Reflections," but judging by the powerful effect of his rousing "Judas Maccabaeus," he could probably keep running like the Energizer Bunny.