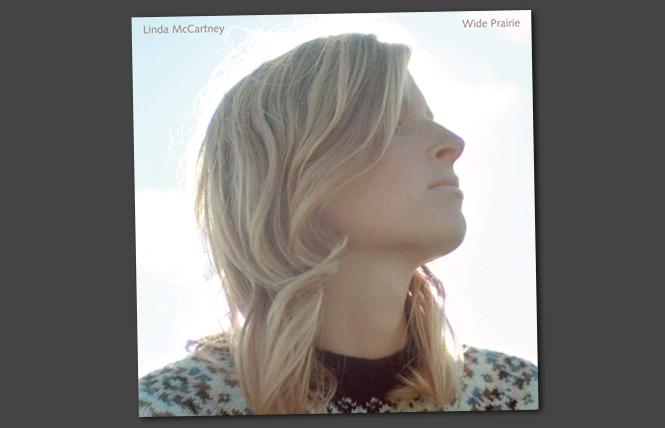 A posthumously released musical love letter-compilation-homage to Paul McCartney's late wife and musical mate Linda McCartney, the 16-track "Wide Prairie" (MPL/Capitol), bowing on 180-gram audiophile black vinyl for the first time (remastered at Abbey Road Studios), is a cornucopia of sounds and styles. First released on CD in 1998, "Wide Prairie" is comprised of songs from 1972 through the late 90s, and if an album can be described as the sound of someone having a good time, it would be this one. Songs "New Orleans," the buoyant "Seaside Woman," the title track, "Cook of the House" and "Cow" (an experimental number that puts her in Yoko Ono territory) are the sound of someone with nothing to lose, singing her heart out.

Making its first appearance on vinyl (old-fashioned black vinyl at that!), "Shrek: Music from the Original Motion Picture" from 2001 (Geffen/UMe) is notable for a few reasons. It's the first soundtrack from the animated film series that introduced us to the lovable but disgusting title ogre (voiced by Mike Myers), his faithful sidekick Donkey (Eddie Murphy) and the girl of his dreams Princess Fiona (Cameron Diaz). The soundtrack was a showcase for artists on DreamWorks-associated labels, including Dana Glover, Leslie Carter and Eels. Gay singer-songwriter Rufus Wainwright, one of the biggest DreamWorks acts, steals the show with his legendary rendition of Leonard Cohen's "Hallelujah." Coming in a close second, Smash Mouth's hit single "All Star" and their rendition of Neil Diamond's "I'm a Believer" increased the Shrek stock.

If you're in the market for something that rocks the room and looks damn cool on your turntable while it does, look no further than "Flower of the Cosmos" (Lightyear/Silver Sleeve) by Brooklyn hard rock outfit The Giraffes. A collection of love songs that "quickly went dark," the 10 songs, including "Dorito Dreams" and "Raising Kids in the End Times," spin out at 33 RPM on lavender marble vinyl.

"Tender Beats" (conradmercedmusic.com) by electro-folk artist Conrad Merced is a powerful and personal musical statement. Created following the sudden death of his mother, the songs feel like something Elliott Smith might have recorded if he'd been Midwestern. There's much to admire here in songs about the brutality of Chicago winters ("The Bitterness") and gathering the strength to overcome adversity ("Against the Grain").