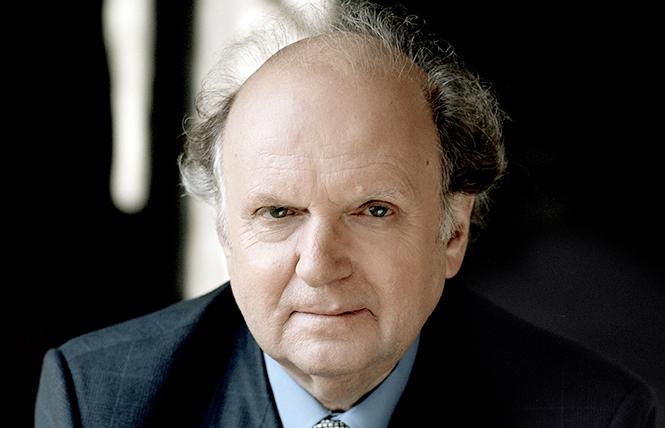 Departing San Francisco Symphony Music Director Michael Tilson Thomas righteously owned the first month of his farewell season. Concerts in September flew by, getting the month off to a dazzling start, but now MTT is on hiatus until the new year. That doesn't mean Davies Symphony Hall or the Orchestra won't be busy. Guest conductors, soloists, and the world premiere of an SFS Commission will keep the home fires burning.

Duenas' account of the old warhorse was good enough and thoroughly competent. It was also a little boring and superficial. Her tuning is on the sour side, and her tone is relatively thin, the opposite of what we want in such a broadly melodic and expressive score.

Is it unkind to say she would have been better presenting something less familiar? Certainly it is unfair to judge a fledgling career on one performance, and no one in the audience was unsupportive. The ovation (standing, of course) encouraged an encore, which actually revealed more of the endearingly fresh artist's interpretive range. Duenas benefitted from Janowski's and the orchestra's sympathetic accompaniment, but really took flight playing solo.

The Polish-born, German-based (Chief Conductor Dresden Philharmonic) Janowski is the definition of an old pro, and he proved it again with his opening Concert Music for String Orchestra and Brass, Opus 50 by Paul Hindemith. Encouraging bold lines and detail, the conductor brought the richly textured strings into brilliant contrast (and communion) with the tight and sonorous brass players. It reminded me Hindemith deserves admiration and more concert performances.

Closing the program with Mozart's Symphony No. 41, "Jupiter," Janowski set the seal on the worth of long experience. Raising goosebumps with a work we have heard in countless interpretations can only come from a place of meticulous practice and genuine affection. It was pleasing to see the biggest portion of the audience return from intermission for the Orchestra's response to Janowski's elegant and buoyant lead.

October 17, 18 & 19, the SFS welcomes guest conductor Cristian Macelaru for an exciting program featuring SFS Principal Percussion Jacob Nissly in the world premiere of an SFS Commission. Composer Adam Schoenberg's "Losing Earth," written with Nissly in mind, is a concerto for solo percussion and orchestra, using an arsenal of instruments to address the scary urgency of climate change. Like many of his SFS colleagues, Nissly is something of a star soloist, and expectations are running high for the premiere. The composition itself could not be timelier.

A small piece by Lili Boulanger (first woman to win the Prix de Rome in 1913), "D'un matin de printemps" ("From a spring morning") is on the bill. Macelaru also conducts Ravel's famously popular orchestration of Mussorgsky's "Pictures at an Exhibition." If you didn't grow up hearing the Russian master's richly imaginative series of musical portraits, there's no time like the present.

October comes to a big close with the SFS debuts of Chief Conductor of the Netherlands Radio Philharmonic Orchestra Karina Canellakis and Ukrainian pianist Alexander Gavrylyuk. Two mighty Russian works test their mettle. Prokofiev's Piano Concerto No. 1 and Shostakovich's Symphony No. 7, "Leningrad," are both mesmerizing and insinuating scores. Once they get into your head, they are hard to forget. Each evokes strong feelings and passionate involvement, best experienced "live." sfsymphony.org.