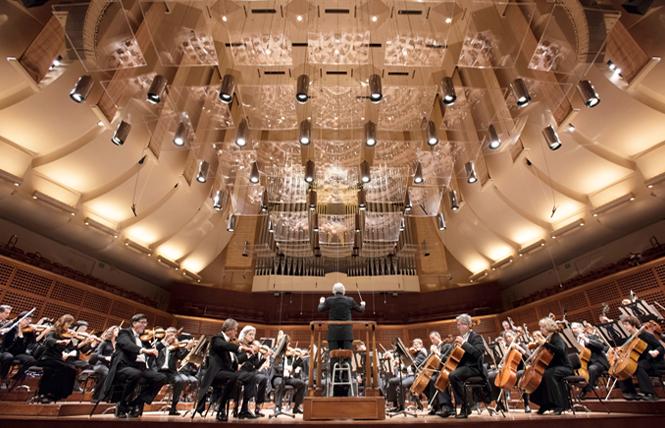 The San Francisco Symphony knows how to throw a classy party. Opening night 2019-20 approaches, and expectations, not to mention ticket sales, are running high for the celebration of Michael Tilson Thomas' 25th and final season as Music Director.

He is convalesced from "a cardiac procedure" this summer "in continuation of treatment for a heart condition," which husband Joshua Robison has called a "complete success." The treasured legend-in-our-own-time is back where he belongs at Davies Symphony Hall, leading colleagues and fans through the coming festivities.

Single tickets for all concerts have been available since late July, so timing is important. We are previewing concerts through the winter holidays, but there will be many exciting events to follow. International stars, guest soloists and conductors are visiting during MTT's final season.

The Opening Black Tie Gala on Sept. 4, which benefits the Symphony's many artistic, community, and education programs, is sure to sell out. Equally pricey tickets for "S&M2: Metallica and the San Francisco Symphony at Chase Center," a joint concert by rock band Metallica and the SFS with conductors MTT and Edwin Outwater, at San Francisco's new Chase Center on Fri., Sept. 6, are available online. The venue holds 18,064, and I'm thinkin' the dress code is probably looser.

Sept. 12-15 finds MTT back in DSH conducting four performances of his signature composer Mahler's Symphony No. 6. The Orchestra's 2001 recording followed the Sept 11 terrorist attacks, launching the SFS Media label. The release earned the first of seven Grammy Awards for the renowned Mahler Project. The cathartic effect of those concerts remains vivid after almost two decades. 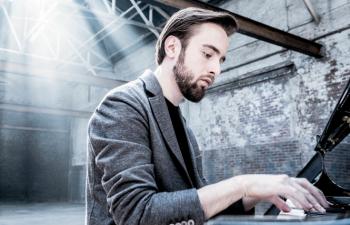 September continues with the world premiere of a new work by John Adams, co-commissioned by SFS and Carnegie Hall, on a bill that also features Russian pianist Daniil Trifonov playing the gorgeous Rachmaninoff Concerto No. 4. The program closes with Schumann's melodic Symphony No. 3, "Rhenish."

The month comes to an exciting conclusion with MTT conducting another favorite composer, one he could actually count as a friend! Stravinsky's "Symphony of Psalms" and the lush Symphony in Three Movements frame a performance of Haydn's delightful Cello Concerto No.1 by Oliver Herbert. Tenor Nicholas Phan solos with Ragnar Bohlin's SFS Chorus in Stravinsky's "Canticum sacrum." 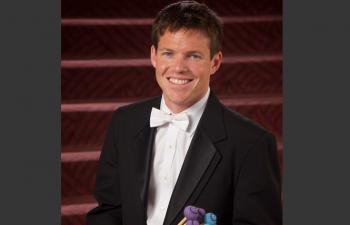 Young conducts Wagner's perfect Act I from "Die Walkure." Soprano Emily Magee, tenor Stuart Skelton, and bass Ain Anger sing. If ever there was a stand-alone operatic excerpt, it is the stunning first act of the second opera in Wagner's mighty "Ring" Cycle. R. Strauss' "Metamorphosen" serves as curtain-raiser.

We will look again at MTT's Season of Celebration in December, but word to the wise: hit the website now if you want to assure a place at the party.