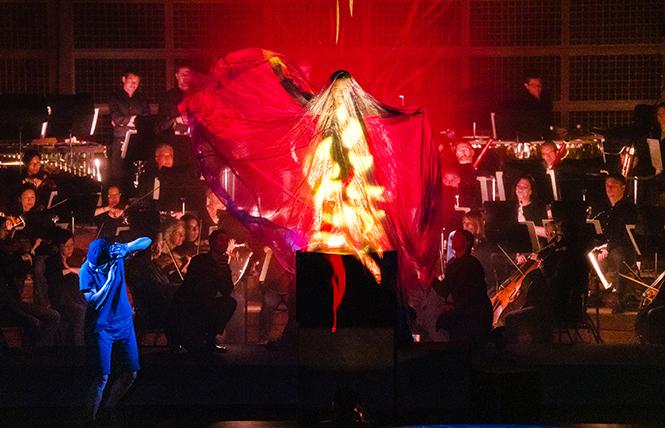 San Francisco music-lovers taking staycations this summer can plan concert events knowing there is no lack of cultural activity in the coming months. Symphony enthusiasts will be dressing in layers to relax at lighter pops and classical concerts. Opera fans have inviting itineraries to explore, too.

June busted out on both sides of Grove Street, with a San Francisco Opera summer season that went from good to grand, and four magnificent San Francisco Symphony performances of Mahler's elegiac Ninth, with Michael Tilson Thomas conducting. The beloved conductor actually had to go against the advice of old friend Isaac Stern and stop a standing ovation.

MTT announced his withdrawal from all engagements beginning June 17 until Sept. 3, in order to undergo a cardiac procedure. His appearances performing signature composer Gustav Mahler became especially significant and added appreciation to San Francisco audiences who have come to cherish his profound effect on both the orchestra and the community. He has the summer to recuperate before coming back to the podium at Davies Symphony Hall and his final season as Music Director. Follow doctors' orders, maestro, we look forward to seeing you in September. 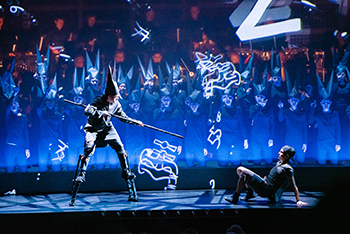 Most recently, British conductor Martyn Brabbins, making his US debut, stepped in to conduct the season closer, a beautifully staged production of Ravel's "L'Enfant et les sortileges" ("The Child and the Magic Spells") featuring radiant mezzo-soprano Isabel Leonard as a naughty kid who learns respect after confronting the animals and household objects he has wronged.

Dazzling animator Gregoire Pont and director James Bonas teamed with an international cast, Young Women's Choral Projects of San Francisco, and San Francisco Boys Chorus to revive a production that has already been a big success in Europe. Other selections by French composers, themed towards youth, opened the show with chamber-scaled performances that charmingly set an inviting tone.

Summer SFS performances away from DSH include the annual 4th of July concert and fireworks at Shoreline Amphitheater, and a free concert with conductor Edwin Outwater at the 82nd Stern Grove Festival at Sigmund Stern Grove on July 7. Expect classic SF weather and vibes amid the venerable eucalyptus and encroaching ocean fog.

Back to DSH: On July 5, Edwin Outwater conducts "American Voices," a tribute to some of the most defining voices in American music. Award-winning jazz vocalist Denzal Sinclaire performs Nat King Cole's greatest hits, and as a tribute to the queen of soul Aretha Franklin, truly sensational Capathia Jenkins belts it out of the park with the SFS serving as very classy backup.

Next, on July 12, Tony and Grammy Award-winning Patti LuPone, with the San Francisco Gay Men's Chorus (the SFS does not appear in this presentation), performs classic Broadway show tunes. This one is a no-brainer for Patti and show queens. There's a reason why she has become a living legend.

Two performances by vocalist Leslie Odom, Jr. with the SFS, conducted by Damon Gupton July 20-21, present another Broadway legend (in the making) whose performance as Aaron Burr in the original cast of "Hamilton" launched a promising career. He also earned the 2016 Tony Award for Best Actor in a Musical and the Grammy Award for Best Musical Theater Album as a principal vocalist.

On July 25, young conductor Nimrod David Pfeffer leads the SFS in works by Beethoven, including the Fifth Symphony and the Piano Concerto No. 5, "Emperor," featuring pianist Rodolfo Leone, 2017 First Prize Winner of the 15th International Beethoven Piano Competition in Vienna.

"Summer with the Symphony" concludes on July 26-27 with Disney/Pixar's "Up: In Concert Live to Film with the SF Symphony," world premiere performances of the rightfully celebrated animated feature film with live orchestra. With delightful music by Michael Giacchino (who will be in attendance), the aptly titled "Up" received Academy Awards for Best Animated Feature and Best Original Score, and won three Grammy Awards for the beautifully nostalgic score. The sweet story of love across the generations and between man and beast moves hearts unexpectedly, with a kind message of understanding and some hilariously broad and subtle wit. Pixar is Disney for grown-ups; I plan to smuggle in popcorn. Info: sfsymphony.org

Most of the action for opera-lovers happens in August. Think classic Gilbert & Sullivan with the Lamplighters and "H.M.S. Pinafore"; Merola Opera Program's first-ever commissioned work, "If I Were You" by Jake Heggie and Gene Scheer; and West Edge Opera's latest summer adventure, with a trio of operas presented in new and unusual digs. We will preview more as the dates approach.

In July, an unmissable annual event features 29 young stars of tomorrow selected from over 800 international applicants as they make their debuts with the world-renowned Merola Opera Program. Merola's 62nd season opens with the "Schwabacher Summer Concert" on July 11 & 13 at San Francisco Conservatory of Music. Performing scenes from Puccini's "La Rondine," Donizetti's "Lucia di Lammermoor," Verdi's "Il Trovatore," and operas by Richard Strauss and Charles Gounod, the talented new class offers a front-row heads-up on the next generation of opera stars. For more information or to order tickets, visit merola.org or call the San Francisco Opera Box Office at (415) 864-3330.