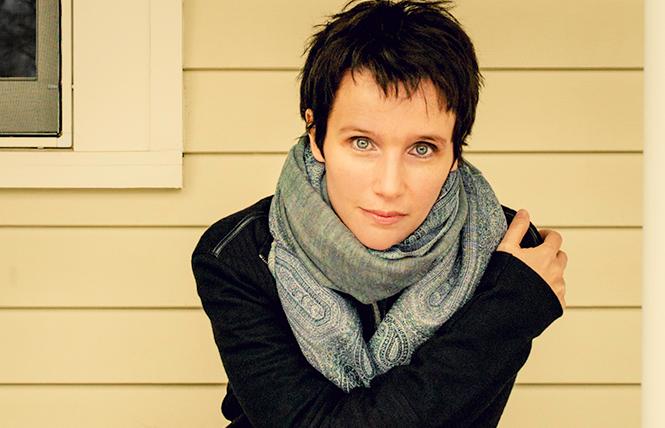 San Francisco Symphony Music Director Michael Tilson Thomas returns from early spring hiatus next week. In his absence, the Orchestra has kept busy at Davies Symphony Hall, working with a range of prominent visiting conductors and some exciting guest soloists.

MTT has concerts scheduled May 9-11 that feature pianist Pierre-Laurent Amaud in the spellbinding Ligeti Concerto, and Women of the SFS Chorus adding seductive power to the "Sirenes" episode in Claude Debussy's beautiful "Nocturnes." Other Impressionist (he deplored the term) masterpieces by the same composer, Prelude to "The Afternoon of a Faun" and "La Mer," complete the dreamily evocative program.

Last week, former associate conductor of the SFS (2006-09), Chief Conductor of the Lucerne Symphony Orchestra and Principal Guest Conductor of the Netherlands Radio Philharmonic James Gaffigan returned to DSH with a big American symphonic surprise and a marvelous guest pianist cleaning the smudges from a significant Beethoven Concerto.

French musical artist Helene Grimaud has strong opinions about interpretation of the classics, but she only added loving articulation to Beethoven's groundbreaking Concerto No. 4 in G Major, Opus 58. The composer charted a new course by replacing the typical virtuoso concerto of the period with a more lyrical expression. Grimaud simply played the notes perfectly, with exquisite subtlety and confident pacing.

Her performance followed the concert's opening Good Friday Spell from the opera "Parsifal" by Wagner. It was an unlikely, albeit well-played curtain-raiser, curiously programmed in the week after Easter. It didn't pose much of a problem for Grimaud, though she did seem to have some minor issues with the physical placement of the piano itself and the distant (and persistent) telephone ring-tone of an audience member's mobile. She managed to move past the petty distractions and achieved an artistic triumph, wisely choosing Beethoven's own cadenzas and gracefully dancing through one of his wittiest final movements.

After intermission, Gaffigan returned with a loud and rather mismanaged account of Mozart's Symphony No. 31 in D Major, "Paris." It was another somewhat unnecessary addition to a full program, but it settled listeners in for the rousing impact of gay American composer Samuel Barber's terse (20 mins.) Symphony No. 1, written in 1936.

"The most talented and deserving student of music in America" won the Prix de Rome in spring 1935, and went on to a fine career that included accomplished but neglected operas "Vanessa" and "Antony and Cleopatra," written for legendary diva Leontyne Price and the opening of the "new" Met at Lincoln Center in 1966. Barber's warmly nostalgic "Knoxville-Summer of 1915" gets more performances, and the gorgeous Violin Concerto is deservedly admired. Still, it is the famous "Adagio," ripped off and plunked into so many soundtracks, that keeps his name alive.

The Cello Concerto and other orchestral pieces are also worth tracking down. We are grateful to James Gaffigan for bringing us such a rarity as the Symphony No. 1. He fashioned a cohesive and stirring statement, and the SFS musicians followed his lead with obvious commitment.

In mid-May, MTT leads performances of his signature composer Gustav Mahler's Symphony No. 7, May 16-18. Christian Reif leads the SFS Youth Orchestra in Mahler's First on May 19, with excellent contemporary composer Nathaniel Stookey's "Mahlerwerk." Kinetic conductor Krzysztof Urbanski appears with violinist Vilde Frang May 23-26, and Juraj Valcuha joins concertmaster Alexander Barantschik May 30-June 1 for some J.S. Bach and the Shostakovich Eighth.