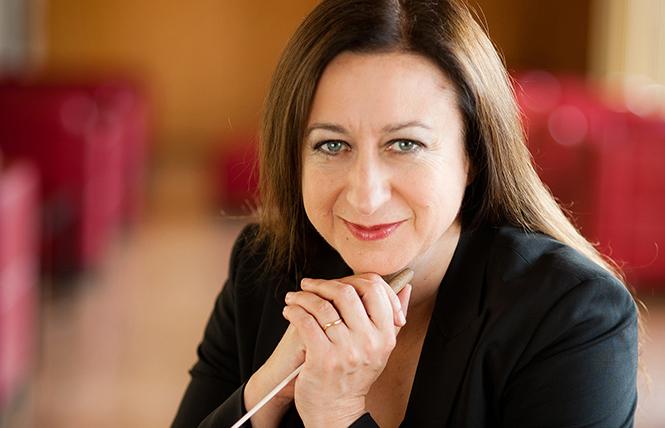 While San Francisco Symphony Music Director Michael Tilson Thomas remains on hiatus until early May, the Orchestra plays host to some outstanding guest conductors at Davies Symphony Hall. The "auditioning" side of their visits has gone, since Esa-Pekka Salonen was named Music Director Designate, replacing MTT in September 2020. It still seems one recent SFS debutante did not get the memo.

Australian conductor Simone Young made quite an impression last week, replacing originally scheduled conductor Fabio Luisi, who cancelled due to scheduling conflicts resulting from his appointment as Music Director of the Dallas Symphony Orchestra. That was months back, and Young created something of a buzz in the meantime. Doubtless, some fuss stemmed from the relative novelty of seeing a woman on the podium, but that glass ceiling has been pretty well shattered, at least in Northern California. It is more likely word-of-mouth about Young's expansive orchestral control and dramatic interpretations of opera roused special interest in her SFS debut.

She inherited Rimsky-Korsakov's "Scheherazade," on the second half of the program, from Luisi. She opened, however, with two works by Maurice Ravel, each a sort of meditation on l'esprit Francais. Greeted by squeals of welcoming approval, Young took the microphone and soberly put the first piece in context of the fire at Notre-Dame cathedral. Music and art can offer comfort at stressful times, and Ravel's "Pavane pour une infante défunte" ("Pavane for a dead princess") did seem serendipitously appropriate.

The performance was marred by an excessively slow and indecisive tempo, despite some lovely contributions from harpist Douglas Rioth, and the effect proved more a reflection on Young's uncertain rapport with the musicians. Her muscular beat carried throughout the concert. While admittedly exciting, it was frequently brash. It worked well enough in the brighter sections of Ravel's jazzy Piano Concerto in G Major, and was downright spectacular in her no-holds-barred "Scheherazade."

Returning pianist Louis Lortie provided some needed subtlety in the exquisite Adagio assai of the Piano Concerto, and he was a brilliant cohort in the exciting framing movements. It should have been a more cohesive rendition, but this was definitely a victorious test of his personal virtuosity.

"Scheherazade" has been an introduction to the classics for many a young listener, and Young agrees. Her approach to the fabulous score is in keeping with the boldly colored imagination of a child. Her loud and delirious magic-carpet ride lacked nuance, but no one could ignore the thrills and spills. It also pushed the big sound of the SFS to its lavish limits. Each section dazzled and moved to Young's constant demands. Concertmaster Alexander Barantschik's sweetly intense violin gave luxurious voice to the titular spellbinder, and other soloists pierced through with their own seductive details. This was Scheherazade with cleats on her slippers. 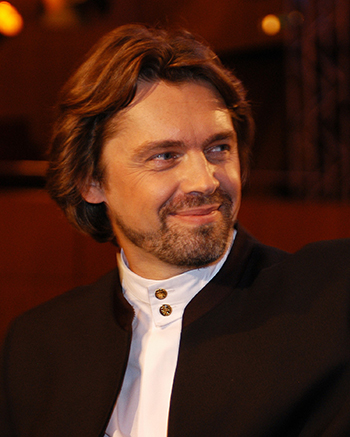 The week before, Russian conductor Andrey Boreyko brought another fantasy to life in DSH with the first SFS performances of Zemlinsky's "Die Seejungfrau" ("The Mermaid"). The composer's opulent symphonic take on Hans Christian Andersen's tragic "The Little Mermaid" is a world apart from Disney, but closely in the mood of the source inspiration. The Orchestra joined Boreyko in a luxurious sea of chromatic harmony, and the results were captivating. A true symphonic poem, "Die Seejungfrau" touches on themes in the fairy tale without too much specificity. It is a feast for the imagination instead, and Boreyko collaborated beautifully with the musicians in creating a wondrous soundscape.

Boreyko partnered with veteran pianist Emanuel Ax on the first half of the concert for a dutiful reading of the Brahms Concerto No. 2. The Brahms First is more frequently performed, and frankly, its stronger expressions might be better suited to Ax's touch. The lyrical aspects of the Second were somewhat lost in a curiously heavy interpretation.

There were still many moments of luminosity, especially when Ax was joined with cellist Peter Wyrick's solos in the Andante movement. After a thunderous standing ovation at the end for Ax, they paired again for an encore with a delicate duet from Schumann.