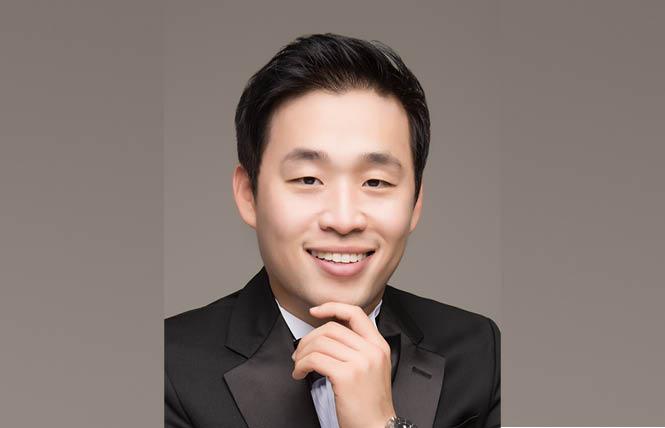 The Diane B. Wilsey Center for Opera, the thoroughly renovated fourth floor and basement of the Beaux Arts-designed Veterans Building, opened to enthusiastic praise three years ago. It is home to the 299-seat Diane and Ted Taube Atrium Theater, a flexible-seating venue that accommodates musical and theatrical performances, movies, meetings, and talks.

Equipped with the remarkable but virtually undetectable Meyer Sound Constellation Acoustic System, the site is perfectly suited to smaller events. The patina that comes from frequent use is developing, as the Taube Atrium also provides an intimate space within the San Francisco War Memorial & Performing Arts Center for musical organizations other than the SF Opera. Three concerts in February have shown the versatility of the multi-purpose hall and welcomed new and diverse audiences to the Wilsey Center in the Civic Center arts district.

Tenor Yoon (Merola 2018), another young South Korean, aimed high with Richard Strauss' "Four Songs," but the difficult music was a slight challenge for his pitch. He made a stronger impression singing at full voice. Composer Jake Heggie's "Friendly Persuasions: Songs in Homage to Poulenc," with words by Gene Scheer, gave Yoon another opportunity to show his range. He sailed through the witty piece with ease.

A 4 p.m. matinee the previous Sunday brought a shivering crowd in from the rain for an extraordinary concert of two piano arrangements by Shostakovich, including the West Coast Premiere of his own Symphony No. 4 and Stravinsky's Symphony of Psalms. Frequent duo collaborators Maki Namekawa and Dennis Russell Davies appeared as part of Other Minds' continuing 2018-19 season. Charles Amirkhanian, Executive and Artistic Director of Other Minds, was emcee.

The two-piano arrangement of Shostakovich's "missing" symphony is rarely heard. The original 1936 orchestral version was withdrawn during rehearsals, probably for good reason, since Stalin had denounced the composer's opera "Lady Macbeth of the Mtsensk District" only two years before. The score vanished during WWII, and it has never been found. The Symphony No. 4 was eventually reconstructed from individual orchestral parts and the composer's two-piano arrangement. Namekawa and Russell Davies opened with a gently probing Stravinsky Symphony of Psalms, but it was mostly an interesting warm-up to the massive Shostakovich.

Hearing the stark reduction of the Fourth made sense of the composer's haunted mind and brought insight to some of his typically abrupt disruptions of mood. Violence, agonized reflection, pathos, and even references to Mahler and popular song appear in the long score. Shostakovich called it long-winded, but he was often self-deprecating. The kaleidoscopic work remains an intriguing puzzle. The brilliant performers offered a profound solution. More info: otherminds.org

From arrangements by Benjamin Britten of Henry Purcell and Robert Schumann to Ralph Vaughan Williams' exquisite "Fantasia on a Theme by Thomas Tallis" and Peter Warlock's jaunty take on Renaissance music, the 1926 Capriol Suite, Hope and the ensemble set up the program's big-ticket item on the second half with characteristic virtuosity.

Max Richter incorporated phased and looped excerpts from Vivaldi's "The Four Seasons" when he recomposed the beloved work in 2012, writing and recording in collaboration with Daniel Hope for Deutsche Grammophon. The results soon topped the iTunes classical chart in the US, UK and other countries to become one of the most successful classical recordings of recent times.

The original Vivaldi is omnipresent ear candy and something of a guilty pleasure for music-lovers everywhere. Richter wanted to "love it again," and he worked with Hope to return the element of surprise. So what's Baroque Italian for Bingo? Down-low admirers are free again to express their affection aloud. The delighted NCCO audience justified Richter's update and happily applauded Hope's masterful contribution. Upcoming concerts: ncco.org