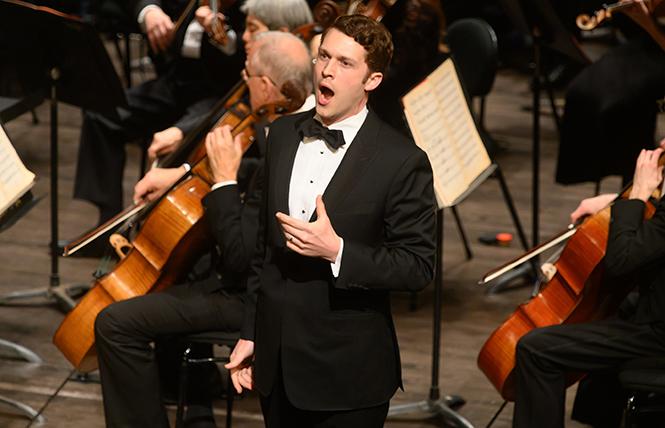 The Adler Fellows class of 2018 appeared in their final concert of the year, "The Future Is Now: Adler Fellows Concert" last Saturday night in Herbst Theatre. The annual performance, which features gifted participants from the residency season, always feels a bit like a gala graduation ceremony, only the talented alumnae perform for their diplomas, while the audience bursts with pride and admiration. Some of the grads are departing; other Fellows will return for a second year.

The proof was in the performance last Saturday as current Adler Fellows wowed a capacity crowd with a nonstop show of youthful energy and accomplishment. It was a grand night of singing, backed by a world-class orchestra.

Aria Umezawa (Toronto, Can.) is the first stage director to be awarded the fellowship in 15 years. She has made quite a splash, cleverly directing Merola and Adler productions, and gaining further recognition in the East Bay with a praised Ambroise Thomas "Hamlet" for West Edge Opera. She threaded the AF concert thematically with a rather unnecessary, but often amusing series of non-singing appearances by the singers acting as characters in search of one another. They found partners, lost them, and ultimately came back together in some occasionally confusing vignettes that still added extra-musical cohesion to a traditional format. 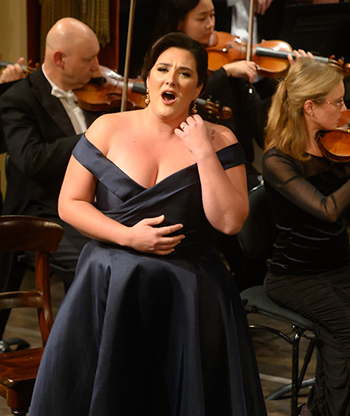 A bouncy Verdi Overture set the mood for first-year AF singers, soprano Natalie Image (Tsawwassen, B.C., Can.) and mezzo-soprano Ashley Dixon (Peachtree City, GA), who followed as Lucia and her confidant Alisa in a scene from Donizetti's "Lucia di Lammermoor." Image has a fine tonal range, pleasing from her warm lower register to a finely edged top. She navigated Lucia's coloratura with dazzling confidence. Dixon got her own place in the spotlight during the second half with her sympathetic portrayal of Marguerite in Berlioz's "La Damnation de Faust."

Soprano Sarah Cambidge (Vancouver, B.C., Can.) is a second-year AF also destined for fame. Her liquid, pure voice is rich enough for Richard Strauss, and her aria from "Die Agyptische Helen" proved it. She also has some Wagner on the horizon, maybe Sieglinde? Or even Isolde? She ended the concert paired with robust second-year tenor Kyle van Schoonhoven (Lockport, NY) in a magnificent love duet from "Tristan und Isolde" that made it seem a strong possibility. Van Schoonhoven also appeared successfully earlier in the program with second-year baritone Andrew G. Manea (Troy, MI). Manea's full-throated aria in their scene from Verdi's "Attila" was another magna cum laude performance.

Manea teamed with first-year bass-baritone Christian Pursell (Santa Cruz, CA) in an exciting duet from Bellini's "I Puritani" that sent the elated audience out for intermission on a wave of powerful musical testosterone. Pursell has one of those voices you just want to hear more of.

Second-year AF tenor Amitai Pati (Auckland, NZ) has garnered special attention during his residency. He has appeared in recital, confidently appeared at the SFO in four important supporting roles, including a recent and excellent Beppe in "Pagliacci," and also maintained his successful involvement with brother Pene Pati and their cousin Moses Mackay in New Zealand vocal trio SOL3 MIO.

The genial young performer appeared several times in the concert, bringing special smiles and appreciation for his aria from Lehar's appropriately named "The Land of Smiles." He appeared first singing another lighter-weight aria, from Flotow's neglected but charming "Martha." Like all of the participants in the important Fellowship, he wouldn't be there if he weren't qualified. Keep your eye on all them; their future truly is now.