Christmastime in the concert halls 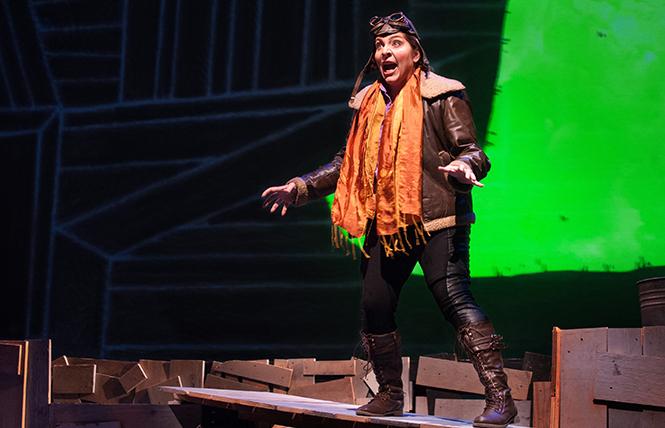 December is always a busy month. Between holiday parties, shopping and work, it can sometimes feel a bit overwhelming. There is a real need for moments of live musical entertainment and personal reflection amidst the ubiquitous soundtrack of Christmas cheer. Luckily, there is something for everyone as we look forward to an exceptionally active calendar of concerts in San Francisco.

If you can't go a month without opera, the San Francisco Opera's delightful presentation of Jake Heggie and Gene Scheer's "It's a Wonderful Life" continues through Dec. 9 at the War Memorial Opera House. The classic Frank Capra film has been given the full SFO treatment and makes a great start to Yuletime festivities. sfopera.com

As long as you're casting an eye on DSH, you should note busy San Francisco Girls Chorus will follow its Opera Parallele engagement with "Holidays at Davies" on Mon., Dec. 17, at 7:30 p.m. SFGC and Artistic Director Valerie Sainte-Agathe will present music from around the world, as well as traditional Christmas carols and Jewish folksongs. The legendary Kronos Quartet & Musae join them for the program, which includes the West Coast premiere of Michael Gordon's "Exalted."

The San Francisco Symphony's own slate of seasonal events could not be more eclectic, ranging from the traditional to outrageous camp. The month started with a screening of "The Nightmare Before Christmas" with the SFS, and continued with Daniel Bartholomew-Poyser conducting the annual "Deck the Hall" concert featuring members of "Beach Blanket Babylon," San Francisco Boys Chorus, Ian Robertson director, and many other young local performers. Coming up, in rapid and dizzying order:

The night of Dec. 9 features Mariachi Sol de Mexico de Jose Hernandez in "A Merry-Achi Christmas." Anyone who has ever experienced a Mexican celebration of the season can expect a wonderful night of joyous music-making. 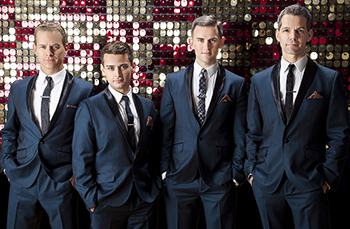 On Dec. 22, the Midtown Men (original cast of "Jersey Boys") sing holiday hits and pop hits from the Beatles, the Rascals, the Turtles, Motown, and of course, the Four Seasons. The SFS doesn't appear in this presentation, but it's a safe bet to expect the talented quartet will bring a back-up band.

The DSH Christmas roster wraps on Dec. 23 with Ragnar Bohlin conducting San Francisco Girls Chorus, SFS Chorus, Jonathan Dimmock organ, and members of the SFS brass section in "'Twas the Night: A Festival of Carols." It sounds intimate and traditional as can be, which should ease everyone into Christmas Eve.