The Passion of Matthew Shepard 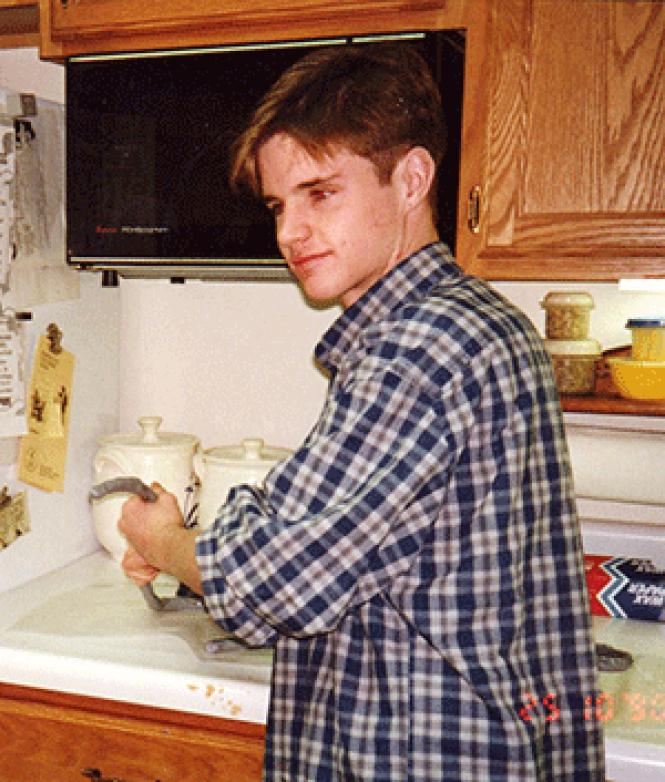 Some deaths are more sacramental than others. Something about the brutal murder of Matthew Shepard, the inescapable sense of fundamental innocence being crucified, lent the tragic event a power no amount of subsequent, CNN-style dirt-digging about the quality of Shepard's innocence could tarnish. The land on which he died in 1998 has been sold, the fence that was his cross dismantled (for practical reasons), its replacement built some 50 yards away, and people are still making pilgrimages to it today. It's not stretching the emotional truth for most LGBTs to say that Matthew Shepard died for all of us, and that some part of most of us, a part we wouldn't be without, died with him.

Of the numerous responses to Shepard's death that fall into the category of art, one of the most profound is Considering Matthew Shepard, a 90-minute, largely choral composition by Craig Hella Johnson, the out music director of the a cappella chorus Conspirare. The musical frames of the piece (what is it, a secular oratorio? a vernacular Passion?) are a solo-tenor old-style country-tune "Yoodle-ooh, yoodle-ooh-hoo," insouciant on its first outing and devastating at its reprise, both times encapsulating in music of the utmost simplicity the essence of the "ordinary boy" Matt Shepard. The remarkable work, just released on CD by Harmonia Mundi, goes the distance in showing just how un-ordinary he was.

The stroke of genius in the work's conception is that Johnson accents, without overemphasis, the Everyman element in the story. There's no Shepard "character" in the piece â€" no Jesus â€" and the texts are sung by solo voices. There's a sense that Johnson wrote each of these parts â€" solos, duets and larger ensembles â€" for particular singers in his chorus, whose individual talents he knows, and to a one they're ideal for their assignments and sing as though their lives depended on it. They don't sing like "opera singers," nor do they perform with that Broadway tendency to let vibrato-laden intensity carry the show. They just slay you, number after number.

One of the most remarkable passages in the work, certainly its most sacramental, surfaces unanticipated, when a combination of individual and full-choral voices sings "I am like you/We are all sons" to the unseen Aaron McKinney and Russell Henderson characters, real-life perpetrators of the crime. What could be feral accusation is not "tempered," in no way excused, but rather, balanced with the confession, "I am like you, I get confused and I'm afraid/And I've been reckless, I've been restless, bored,/unthinking, listless, intoxicated,/I've come unhinged,/and made mistakes/and hurt people very much."

"The Fence" becomes a virtual character in this Passion, and this particular old rugged cross is given its place in the cosmic order by recognition, by a speaker, of the fact that when Deputy Sherriff Reggie Flutty arrived on the scene, a lone doe was lying by the dying young man, clearly keeping him company. Johnson composes a "Deer Lullaby" and "Deer Song" you won't be forgetting anytime soon.

Thanks to tapes of concert broadcasts, I've been living with the piece for a few months now, and I can testify that it has the richness, depth and complexity to compel repeated hearing, and the power to get you the first time out. There's a whiff of Eric Whitacre in the choral writing, a stronger presence of Bach and Brahms, but the piece would be unimaginable if Aaron Copland and Virgil Thomson hadn't informed it, and its natural progenitor is Leonard Bernstein's Mass, those last three composers the iconic American gay triumvirate. But for all the musical styles Johnson employs, from plainchant to an electric guitar whine seguing into smoky jazz, to tunes that could have come out of a summer stock production of The Fantasticks, it has a unity of conception and voice that is all Johnson's. None of the variety seeks attention, and as a result all of it works; no cringe alerts here.

To assemble the text he sets, Johnson drew on everything from interviews, news reports, poets from Rumi to Blake and beyond, and in a fundamental way, poet Leslea Newman's October Morning: A Song for Matthew Shepard. The way you hear the small eternity this work was in gestation and birth is in its integrity.

Considering Matthew Shepard is a deeply American piece, performed with utter dedication by performers for whom it was composed. But its universality lies in the fact that it could be performed by many others â€" and must be, for all our sakes.