Rufus in the opera house 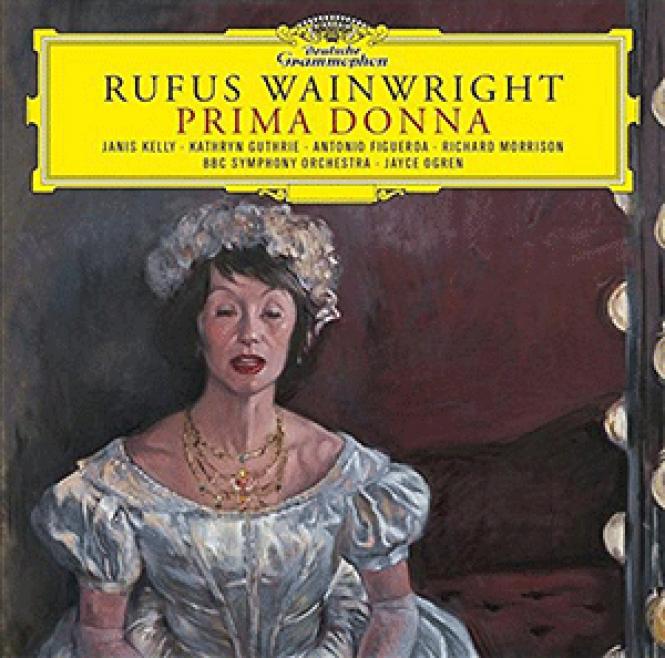 I won't broach the subject of whether Rufus Wainwright's opera Prima Donna is autobiographical, because I can't speak with certainty. Its creation was tangled up with the death of Wainwright's mother, Kate McGarrigle, which colors everything. But its story of a beloved diva in decline – nay, planning (or postponing, or remembering) the onstage return/farewell – is one every opera queen, a company in which Wainwright certainly counts himself, knows.

I'll go first. "My girl," Leonie Rysanek, managed a carefully timed farewell, especially for a singer of her generation, but there were some late Sieglindes and Emperesses that took fond memories to gild. At the other end of the spectrum, Beverly Sills, whose prime I missed by eons, absolutely leveled me with her Massenet Thais at the War Memorial in 1976, when her identification with the courtesan who feared the consequences of the loss of her physical allures proved genuinely heart-breaking. We live with these things.

Wainwright composed Prima Donna on a high-profile commission from the Met that went wrong – surely one of those backstage stories that doesn't lift the spirits – and resulted in a premiere at the Palace Theatre in Manchester, England, in 2009. BAM revived it. Now DG has released a new commercial studio recording made in London earlier this year.

Inspired, the composer says, by an interview Maria Callas gave to Lord Harewood, Prima Donna mints a Prima Donna who, such as she mimics any real-life singer, recalls Magda Olivero, for whom composer Francesco Cilea resuscitated Adriana Lecouvreur. Wainwright's Prima Donna, Regine Saint Laurent, had her signature success as the titular Alienor d'Aquitaine in an opera composed for her. We meet Saint Laurent as she is preparing for a return to the stage after a six-year hiatus precipitated by a vocal mishap at the opera's deuxieme, bringing us back to echoes of the Callas return/farewell, what with Olivero's long, between-careers break rather more voluntary.

The story, in two acts, is nifty, compact and in French. A music journalist (could this mirror Rysanek's husband, Elu Gausmann?), who has adored Saint Laurent and Alienor d'Aquitaine since his conservatory days, asks about the onstage fiasco, precipitating an encore of the crisis, nearly saving the day by joining her in an impromptu singing of the opera's "iconic love duet," only to have the soprano's voice break in the same place. They save the day with The Kiss. I won't spoil Act II, with its romantic and artistic reversals, ending with a whiff of Richard Strauss-like suggestive lesbianism.

There are strains of Strauss in Wainwright's score, as there are of Puccini, Cilea, and gaybies Barber and Menotti. But before the score gets written off as derivative, it's useful to remember that commentators routinely default to the "sounds like X" formula. It's a fine, sturdy score, serious and alive. Despite the temptations to lapse into kitsch, Wainwright deftly skirts cheap entertainment in deference to music-drama of unmistakable genuineness. He hits a perfect level of inflation. It's not going to make me or you toss out our recordings of Lulu or Tosca, but Wainwright wouldn't want us to. He wasn't chasing that trophy. I'd turn to this opera any day in preference to any of the premieres the Met has shoveled onto the stage since, say, Puccini's La Fanciulla del West . If Prima Donna were revived somewhere and I got press tickets, I'd go.

There's certainly no faulting the recording, the saturated yet accessible score beautifully rendered by the BBC Symphony Orchestra under conductor Jayce Ogren. Even when the music goes Technicolor Korngold, as it does in the music for The Kiss, tight playing and a lack of apology keep it from going off the rails. If your head's in Wozzeck or Siegfried, this is no place to go. But faux, bottom-drawer verismo this is not.

The singing is fine, with Kathryn Guthrie, as the maid Marie, a sufficiently beguiling second soprano that you're pumped when Regine symbolically tosses her the bouquet (in fact an autographed LP) at the end. Janis Kelly, a soprano I've loved for decades, is fearless and un-self-conscious as the Prima Donna, the wholly appropriate wear in her silvery voice exquisitely balanced by a performance of commitment and just the right amount of psychological depth. This is not Erwartung, though it's within shouting distance of La voix humaine .

I have colleagues who may savage me for saying that I count Rufus' live concert performance of Berlioz's "Absence" among the most moving renditions I know. One of the last concerts I heard in the US, at the Great American Music Hall in 1999, is a fond memory. I've largely lost touch with him since, and making my return by way of this fetching opera was like slipping back into a hot bath, with Marie seeing to it that everything was just right.