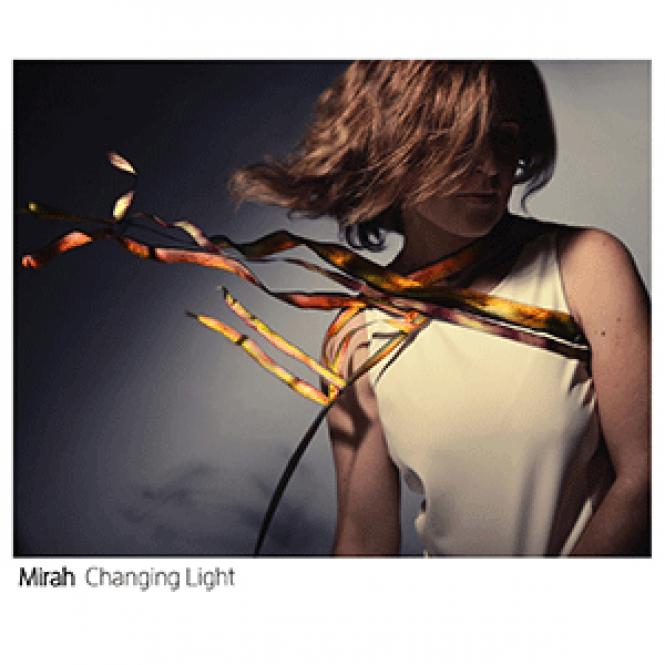 How cool is queer indie goddess Mirah? Even after rising through the ranks of hipster hotness (her collaboration with indie folkie Thao Nguyen only increased the heat), she has remained on the roster of uber-hip Olympia, WA-based indie label K Records. Mirah continues her exploration of musical hybrids on her new album Changing Light (Absolute Magnitued/K Records). While the horn section on "No Direction Home" (which sounds like late-career Kate Bush) is enough of a reason to own this disc, also check out "Turned the Heat Off" and "I Am the Garden."

Tina and the B-Side Movement was one of the bands that benefited from making music during the "gay 90s." Led by out front-woman Tina Schlieske, the band scored a major-label record deal and released a couple of decent records on Sire/Elektra in the mid-to-late 90s. Schlieske's soulful wail was the draw, but it wasn't enough to earn them the attention they deserved. After releasing solo discs under her own name, Schlieske reconvened the troops, edited the name and released Barricade, credited to Tina and the B-Sides. "More Than That," "I Hope I Pass Your Audition" and a tasty cover of Bob Marley's "Guava Jelly" are all recommended.

Everybody wants to put the winter of the polar vortex behind them. If only it had been an Acoustic Winter (SBS), as out singer/songwriter Michelle Malone has titled her latest disc. This strong collection of 10 original songs and a pair of covers has a warmth that belies its title. "Beyond the Mountain" may be the most beautiful song Malone has ever written. Other outstanding selections include the radiant "Burning Star," the reflective "Mirror Ball," the instrumental "A Walk in the Woods" and Malone's reading of the Rolling Stones' "Wild Horses."

Collaboration can be a tricky business, but when the stars align as they do on out Catie Curtis' Flying Dream (catiecurtis.com), the payoff is considerable. Produced by queer singer/songwriter Kristen Hall (an original member of Sugarland) and featuring six songs co-written by Hall and Curtis, the folk/pop songs remain true to Curtis' trademark style. Highlights include the exhilarating "The Queen" and a sweet reading of the Bacharach/David classic "This Girl's in Love with You."

Smith College alumnae Hannah & Maggie (Hickok and Kraus, respectively) are a queer folk duo who do Tegan and Sara and Indigo Girls proud on their third album, In the Company of Strangers (Purebred). The pair's folk sound is enhanced by country elements (Hickok plays mandolin, and there's a fiddle and slide guitar on some tracks). The best numbers are the ones with an element of drama, as in "The Final Straw" and "The Other Half."

Heather Reid's name will be familiar to fans of The Murmurs. Reid (then known as Heather Grody) was one-half of the popular queer 90s duo, along with singer-songwriter-actress Leisha Hailey. Hailey has moved on to another duo (Uh Huh Her), while Reid has struck out on her own with solo disc Cross Words (Phyllis). Reid wrote the West End-bound musical Dear Bernard, and you can hear a musical-theater influence here.

Coming out stories can be found in a variety of shapes, sizes and colors. Due to be released in early June, Youth Revisited (youthrevisited.us) by Hers is the musical coming out of Melissa Amstutz. Not an easy listen, Youth Revisited is nevertheless a brave effort documenting the process of shedding one identity (marriage) for another that is your true self. Album closer "Hold It Together" beautifully sums up the experience.

Queer Klezmer band Isle of Klezbos, led by Eve Sicular, returns with its second album, concert recording Live from Brooklyn (Rhythm Media). The first nine tracks, recorded live at Brooklyn Center for the Performing Arts in 2013, include traditionals "A Glezele Yash" and "Uncle Moses Wedding Dance," and newer compositions "Noiresque" and "Mellow Manna." But the high point may be "When Gomer Met Molly," a tune that celebrates both Yiddish theater legend Molly Picon and recently out actor and singer Jim Nabors. Yes, you read that right.

The double-disc The Complete Atlantic Sides Plus (Real Gone/Rhino/SoulMusic) by Patti LaBelle and the Bluebelles (queer singer-songwriter Nona Hendryx, Sarah Dash and Cindy Birdsong) brings hours of listening joy. Touted as a potential Philly version of the Supremes (original Bluebelle Birdsong would later become a Supreme), LaBelle and the Bluebelles had a lot working in their favor, including the Atlantic Records/Jerry Wexler machinery. They could also brag about writing their own material (LaBelle's "Patti's Prayer," Hendryx's "I Need Your Love," Dash's "Loving Rules"), and recorded Curtis Mayfield tunes and songs by The Beatles and Burt Bacharach. They also had LaBelle's vocal bravado, which would later result in hard-won chart success in the 1970s. This is where Patti first perfected her dramatic rendition of "Over the Rainbow."

Latest and Greatest: an interview with Becca Mancari