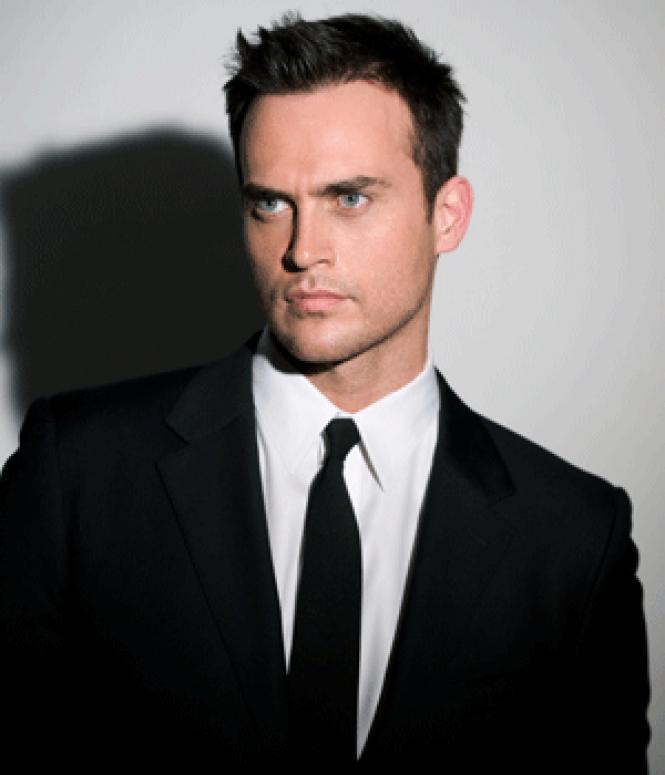 On Pride festivities: "My head was exploding with
all the freedom and celebration!"
Photo: Courtesy San Francisco Symphony

If gay show-biz buffs have their very own Superman, it's Cheyenne Jackson. The 6'3" dark-haired, blue-eyed, movie-star-handsome actor, singer and songwriter has starred on and Off Broadway in shows including Xanadu, Finian's Rainbow, Damn Yankees, All Shook Up, The Performers and 8. TV fans know him from his nutty stint as Danny Baker on 30 Rock, as the villainous vocal coach Dustin Goolsby on Glee, and most recently as Liberace's protege Billy Leatherwood in HBO's Behind the Candelabra. But nothing endears him more to LGBT fans than the fact that he's been out and proud for his entire career â€" and an outspoken activist for LGBT rights, marriage equality, and as international ambassador for amfAR (The Foundation for AIDS Research).

San Franciscans will get plenty of face time with Jackson, who is now in town as a Pride Celebrity Grand Marshal; singing the role of Tony in the San Francisco Symphony's West Side Story in Concert (June 27-July 2); and for the release party of his solo CD I'm Blue, Skies at Macy's Men's Store on Union Square on Sat., June 29, at 1 p.m.

"Being a Pride Grand Marshal is a great honor," he says. "I vividly remember my first Pride in Spokane, WA [near his hometown of Newport]. The dykes on bikes came roaring out, and I thought, 'Oh my god!' My head was exploding with all the freedom and celebration."

Jackson hasn't been to San Francisco in a decade. "That was just a quick weekend with my husband [physicist Monte Lapka], so I'm looking forward to spending a couple of weeks there. My husband is coming with our dog and my mom. I warned her about what she might see at Pride, like some strange clothing â€" or lack of clothing."

He's also excited about performing West Side Story in Concert with soprano Alexandra Silber. "I'd met Michael Tilson Thomas before, and it's hands down the most beautiful score ever written, so I jumped at the chance to do it. I played Tony in a community theatre production when I was 23, but having sung a lot of pop music lately, I've gotta get back in practice to do that score."

"I play a Broadway chorus boy who teaches dance to rich older women at a Florida retirement home. I had to get over my worship of Gena, who is one of our greatest actresses, to do it. We shot the exteriors in Florida, but spent three months shooting in Budapest where it's cheaper to film â€" including beach scenes on a huge green screen sound-stage. I'm in 142 of the 145 scenes, so I really get to show all my stuff."

On his starring role in the film Six Dance Lessons in Six Weeks: "I really get to show all my stuff!" Photo: Courtesy San Francisco Symphony

Jackson's turn as Liberace's bitter, disillusioned protege in Behind the Candelabra is especially memorable since he only speaks six words in the whole film. "I'd been offered a big part in another film when I got the call from [director] Steven Soderbergh, who said, 'It's only one line, but it's an important part.' I said I don't care if I have any lines â€" I wanted to work with him, Michael Douglas, Matt Damon, Dan Ackroyd and Debbie Reynolds.

"We shot the interiors at Zsa Zsa Gabor's house, and the performance scenes in Vegas on the actual stage where Liberace played â€" on the same pianos! We had hand doubles for the piano-playing, but I learned to play 85% of the music until Soderbergh said, 'You don't need a hand double.' It was a great challenge to create a whole character, who has a history, pain and anger, but doesn't get to say anything."

With so many projects on film, TV, stage, and in concert, Jackson can't pinpoint what he'd consider an ideal job. "I'm really in love with the medium of film, with the camera so close. I love the fast pace of TV. On stage there's nothing like the shared experience of you and the people in that room for one night only. In concert, in front of 100 pieces, it's like you're on a wave in the ocean."

He's also enjoying his recent foray into songwriting and recording, having co-written the songs on his new solo CD I'm Blue, Skies, including the upbeat break-up song "Don't Wanna Know." "I'm just an artist who wants to create whatever comes my way. I don't want to repeat myself, I always want new challenges."