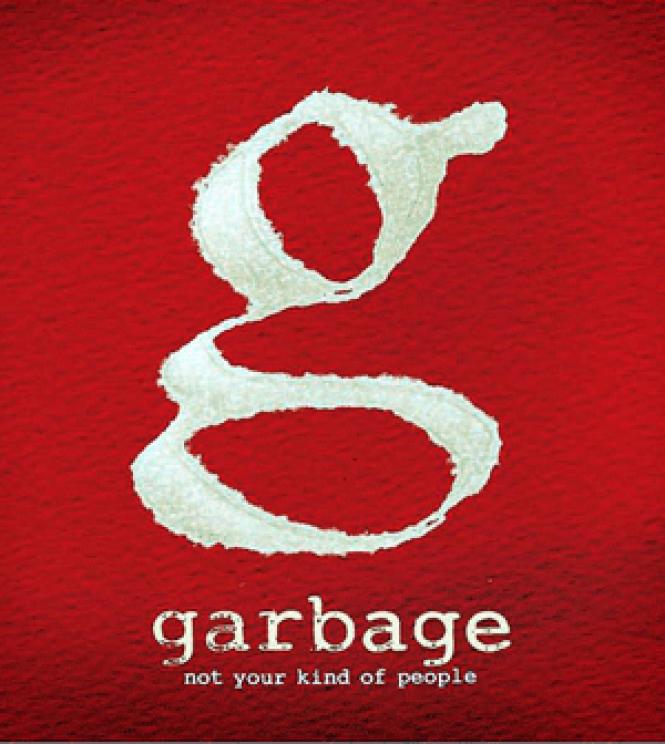 Wisconsin: Before Garbage arrived in the mid-1990s, Wisconsin's most significant contributions to modern rock were the Violent Femmes and the BoDeans. Led by producer/musician Butch Vig of Madison's Fire Town fame, and featuring semi-exotic Scottish female vocalist Shirley Manson, Garbage turned out to be a breath of fresh air. Their dance-rock shtick had a sneering vitality, and they knew how to make catchy hit singles. Back again, after seven years, with Not Your Kind of People (Stun Volumn/Fontana), Garbage hasn't lost its knack for getting folks to dance. From the "dirty little secret" of "Automatic Systematic Habit" to "I Hate Love," Garbage still has a firm grasp on the concept of BPM. But Garbage might consider trashing some of the slower songs, such as "Control," because they tend to drag things down.

Madison-based cabaret-folk diva Anna Vogelzang soars on Canary in a Coalmine (Paper Anchor), alternating bare-bones tunes such as opener "Undertow" with brassy, hand-clapping toe-tappers such as "One & Only." A pair of back-to-back numbers, the jazz-tinged "Oregon Trailed" and the intoxicating hootenanny of "Whiskey Drawn," are the best examples of Vogelzang's versatility. A distinctive artist, Vogelzang is especially recommended for fans of queer acts such as The Ditty Bops and Erin McKeown.

Illinois: The considerably expanded deluxe reissue of the Smashing Pumpkins' 1994 B-sides and rarities compilation Pisces Iscariot (Virgin) and the latest Pumpkins full-length recording Oceania (Martha's Music) were released within weeks of each other and offer a fascinating history lesson on Chicago's most successful band of the 1990s. Joining the ranks of the stunningly packaged reissue of Gish and Siamese Dream, Pisces Iscariot includes the remastered original album (featuring the glorious cover of Fleetwood Mac's "Landslide" and the blistering "Hello Kitty Kat"), a second disc of outtakes, live tracks, demos and rough mixes, and a DVD including footage from the cable access show Pulse Basement Jam and bonus live performances (including four from Milwaukee in the early 1990s). Of particular interest to Pumpkins fans will be the six-song red plastic demo cassette (!).

The band may have changed its line-up over the years, but there's no mistaking that Oceania is a Smashing Pumpkins record. Of course, that's mainly due to the Pumpkins' most consistent factor, frontman Billy Corgan. His distinguished vocals and guitar style are evident right from the start on "Quasar," and the remainder of the disc follows the Pumpkins' formula of heavy rockers ("Panopticon," "The Chimera") and pleasant pop numbers ("The Celestials," "Pinwheels"). Heck, there's even a synthy tune, "One Diamond, One Heart," that displays an unexpected side of the band.

Gold Motel and The Right Now couldn't be more different from the Smashing Pumpkins if they tried. On their self-titled second album (on Good as Gold/Thirty Tigers), Chicago's Gold Motel goes for a retro SoCal vibe on "Brand New Kind of Blue," "At Least We Tried" and the relaxed "Slow Emergency." Their "Musicians," about most of their friends who are "musicians in subway stations," has a definite Chicago feel to it. On their second disc Gets Over You (therightnow.com), The Right Now is more in line with urban vintage-soul revivalists such as JC Brooks & the Uptown Sound and Fitz & the Tantrums, but it's lead singer Stefanie Berecz who sets them apart. The girl can belt, and she's not afraid to do so on "Good Man," "Half as Much" and the classic disco of "Call Girl."

Minnesota: This state has given us lots of great music, from artists such as Husker Du, Bob Dylan, and Prince and the Replacements. On the aptly named Mania! (Pravda), the third disc by The Melismatics, the band gets things started on a hard-rocking note before seriously shifting gears on track three, "Your Love is a Poison," and breaking out their boogie shoes. "Out of Yer Mind" and "Divided Devotions" (also represented by a DRA remix bonus track) go for an updated new wave groove. Manic? Sure. Enjoyable? Why, yes.

Subtitled The Lyrics of Norman Gimbel, Sweet Happy Life (Minnehaha Music) by Minneapolis-based jazz vocalist Connie Evingson features more than a few songs that are sure to be familiar to listeners. "Killing Me Softly with His Song," for instance, was a huge hit for both Roberta Flack and Lauryn Hill and the Fugees. Gimbel was also prolific during the Brazilian music craze of the 1960s, and Evingson has recorded renditions of "The Girl from Ipanema," "Meditation" and "Agua de Beber," as well as period standards such as "Watch What Happens" and "I Will Wait for You." The true pleasure of this disc is hearing all these Gimbel tunes in one place.