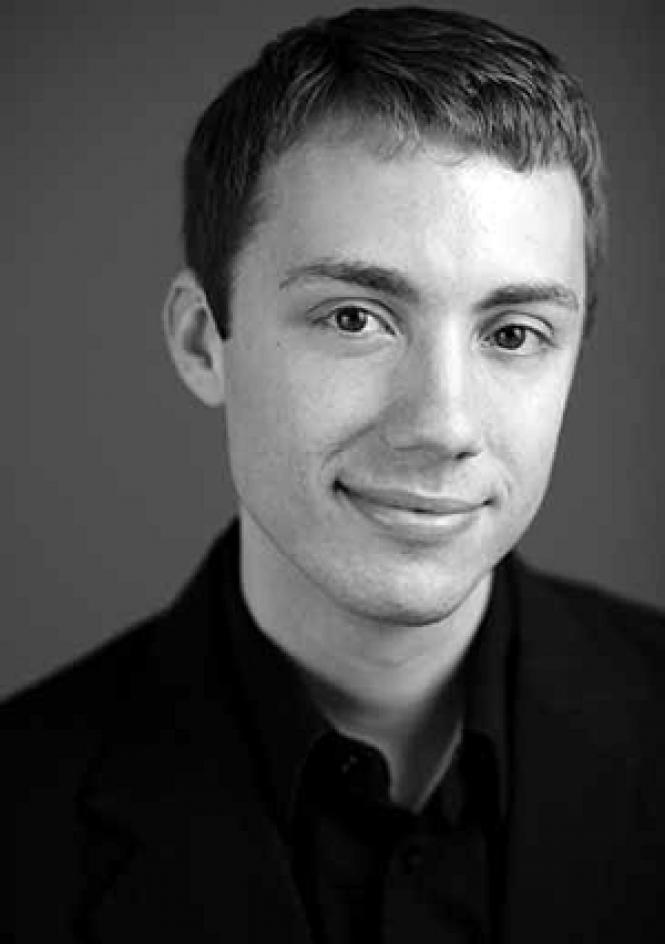 The San Francisco Lesbian and Gay Chorus will debut its new artistic director at its 8th annual Love Bites cabaret in February. The boy soprano from Ohio William "Billy" Sauerland will kick off his first concert leading the chorus' anti-Valentine's Day, Love Bites Off-Broadway cabaret. A professional vocalist since childhood, Sauerland, 28, took the artistic helm of the LGCSF on January 1.

"Music inspires me on a daily basis to be the best person that I can be," said Sauerland, excited to lead his first performance for the LGCSF. "It's not a traditional choral concert that people will expect." He said the cabaret will range from sublime to downright hilarious and silly.

The LGCSF has brought gay, lesbian, and straight allies together in song and experimental performances for more than 30 years. It's a tradition Sauerland hopes to build upon as its part-time artistic director leading the 34-member choir.

The chorus operates on nearly $64,000 a year, according to LGCSF Chorus Manager Kristen Brown, who is also part-time, and Dale Danley, board president of LGCSF. Sauerland's salary is nearly $14,500 a year.

Sauerland is also a choral teacher at Lick-Wilmerding High School and an associate music director of the Trouvere choir at Grammy Award-winning Pacific Boychoir Academy in Oakland, where he directs musicals and serves as the faculty advisor for the Gay-Straight Alliance at both schools.

"Musicals are my first love," he said. "I'm just very excited about being able to use all of my years of theatrical skills and operas."

Sauerland has performed in operas, concerts and choral ensembles in some of the world's renowned concert halls, from Vienna and Moscow to Los Angeles, for more than 15 years. Sauerland's musical studies also include research of the authenticity of countertenors in Baroque opera, as well as the technique and pedagogy of modern falsettists.

"He's going to bring a new perspective and a lot of enthusiasm, and also a great amount of professional experience," said Danley in an interview while on vacation in Seattle. "He's been a breath of fresh air for the chorus." Danley is excited about the selection of Sauerland after a nationwide search. "He's on his way to accomplish a lot in his career, and we want to be a part of that."

Sauerland isn't a stranger to the Bay Area. San Francisco audiences will recognize him. He was a countertenor with Grammy Award-winning vocal orchestra Chanticleer for two years, and performed with the Festival Opera Company for two seasons in San Francisco four years ago. This was before he was accepted into the Royal College of Music in London on a Marshall scholarship in 2007, where he received his Master's degree in advanced vocal performance. Sauerland most recently appeared in the world premiere of Dieci Giorni at the Thick House.

So how did a boy from a small, family-operated dairy farm in New Paris, Ohio (outside of Cincinnati) get onto the world stage at the dawn of the Internet, and before viral videos?

Music came into Sauerland's life at his local public middle school in choir class, but it wasn't until a field trip to the opera that he discovered he "fell in love." Passionate about his new love, he declared it to his choral teacher, who recognized a raw talent. She took him to the audition that launched his professional musical career.

"I had a really amazing choir teacher who recognized my singing talent," he said, very much aware of the good fortune that determined his fate.

Singing the national anthem, the only song he knew at the time, Sauerland landed the lead role, a young boy, in Amahl and the Night Visitors, an opera by Gian Carlo Menotti. His parents didn't quite understand the life their son was embarking on.

"Like so many things in my life, I left them speechless," Sauerland, a gay man, said of his small-town family, including his older sister. "They were very supportive in ways that they could be supportive," he said, speaking tenderly about his hour-long commute with his parents, each way to rehearsals. "A lot of parents in the area where I grew up would have just said, 'No.' They wouldn't have done it."

Somehow, Sauerland found the right people, who guided him in the direction he needed to go, especially when faced with personal and professional challenges.

"I've always been extremely lucky to have someone who understood me," he said, especially when he was challenged by the larger community about his sexuality, and by the music community by being a countertenor. People around him reminded him to "just keep pursuing my dreams, and in the end, it would work out."

Like many gay men breaking out of the Midwest, Sauerland found his home in San Francisco. Not even London or the splendors of Europe could distract him from the city he claimed as his own.

"I really missed the Bay Area in London. There is something about the culture and energy here that really suits me," said Sauerland, who returned to San Francisco in August 2010.

"I like variety in my life," he said. Sauerland enjoys teaching music to his youngest (8-year-old) and to his oldest (60-year-old) students. "Success is measured by the level of happiness you have in life. I'm very happy to be doing what I'm doing."