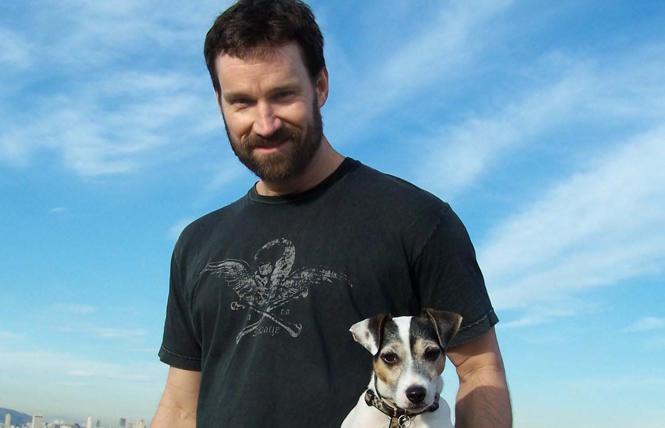 "This is a little bit of heaven," said Kent James as we walked with Scooter, his Jack Russell Terrier, up the trail along Bernal Hill. Other dog owners, admiring the panoramic view as their dogs sniffed each other out, probably didn't know that the unassuming bearded man beside me induced a small phenomenon in the limited genre of gay rock music. The trademark tight white pants and Mohawk are gone. The artist formerly known as Nick Name, an out, proud and sometimes confrontational punk rock singer with his back-up band The Normals, is no more.

Things have "come full circle" for the 42-year-old James, who veered sharply from his conservative Mormon childhood in Logan, Utah. Although he knew he was gay or at least bisexual at a young age, he fought it while immersed in the church, which included a missionary trip to Argentina.

Years later, after a 1993 appearance on Star Search, James lived in Nashville, developed his country repertoire, and was featured in country music videos for Tanya Tucker, Trisha Yearwood, and others, and shared the stage with Charlie Daniels. But at the point of almost signing a lucrative music contract with a country rock band, James balked. He knew that he couldn't stay closeted.

After moving to LA, he even acted in a few softcore straight films like Emmanuelle in Space. The late 90s saw the indie release of his first two CDs, Paperback Romeo and Guilty Pleasures. 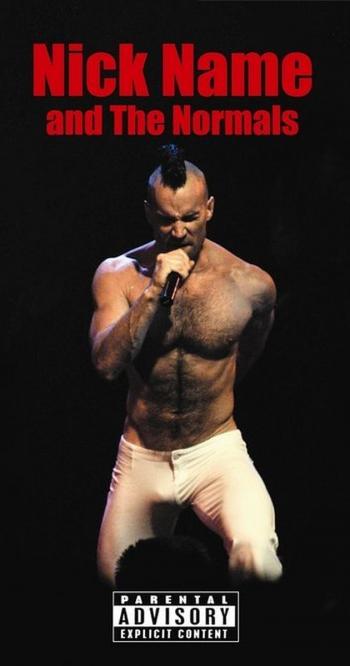 In 2000, the transformation into Nick Name took over. With an accomplished band, he charmed gay music fans seeking a masculine rock performer who sang openly, and with humor, about sexuality. MTV featured the band, and acclaim in music circles followed, as did a devoted if not huge fan base. But with a clearly gay identity, some clubs balked at booking the band, leaving them to seek gigs at gay pride events.

With the Nick Name CDs now collectors' items, James has released a new CD, Decade of Dirt, with bold older and new material. Some of the sexier, punky Nick Name songs are included, like "Who's Your Daddy?" and a dance remix of the Olivia Newton John song "Physical." His recent songs like "World Keeps Turning" take on a more mellow if not melancholy tone.

The past few years have been less than mellow for James. Nick Name the Movie, Howie Skora's video documentary of the band's 2004 downfall, plays like most TV reality shows, with a few unusual scoops. We get to see Name kicked out of Ventura's gay pride event. Performance footage in Las Vegas doesn't show why Name is so upset (drunk audience members were throwing objects), but we get almost an entire performed song.

Probed by Skora's questions, James, in his butch persona of Nick Name, plays out his frustration with the limitations of the music industry. "It was me," James said of the video. "Show business people told me, 'You need to learn how to turn this off.' But the music wouldn't have been the same. I lived that 24/7, and it almost killed me.

"When we started out, it was a blast. The last time I put the band together was for a show on Q Television. It was a great way to end, in the way we wanted to. It was just done. We'd all grown up."

Now James, along with Scooter, is relaxing into his new groove as he develops new material for some local performances. 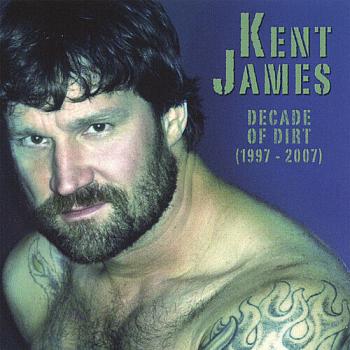 "Half of Decade of Dirt is Nick Name, the other half is new songs," he said, like "Can't Win for Losin'," which he wrote and performed with local musician Russ Michaels. The new music is simpler, with guitar and vocals, and available via his website, www.kentjames.com.

"I tried to redeem myself," James said, half-joking. "It's kind of come full-circle, I started with the guitar as a kid." James said he's seeking collaborators for his new work. "It's not that much fun to do it alone, so I like having another creative mind."

On reclaiming his real name again, James said, "I'm just claiming everything from the start, at this point, which I've never done before. Things I thought were failures at the time, now I'm proud of, like going on Star Search, which I thought was so hokey. I was just a kid from Utah, and it was my first time on TV. I performed my own song, but I was super-naive."

But will there always be people who want the Mohawk and white pants? "My ex-manager still has those pants. Those were his idea, too. Maybe he can sell them."

Is San Francisco the place for James to be more relaxed in letting his music grow, to let his hair down, literally? At a future acoustic gig, if someone requests an "unplugged" version of "I Fucked Your Boyfriend," would he oblige?

"That'd be fun," he said. "Maybe if I put it in a medley, maybe serve it up a different way. I plan on taking a couple of the songs with me, like 'Who's Your Daddy?'"

As his repertoire evolves, James added, "I'm in the moment. I'm interested in now. I can claim the past, but I don't want to live in it."

So, as he considers new opportunities, James is quietly adjusting to San Francisco life, and of course, life with Scooter.

"This is what I figured out," he said. "I love music; show business, not so much."