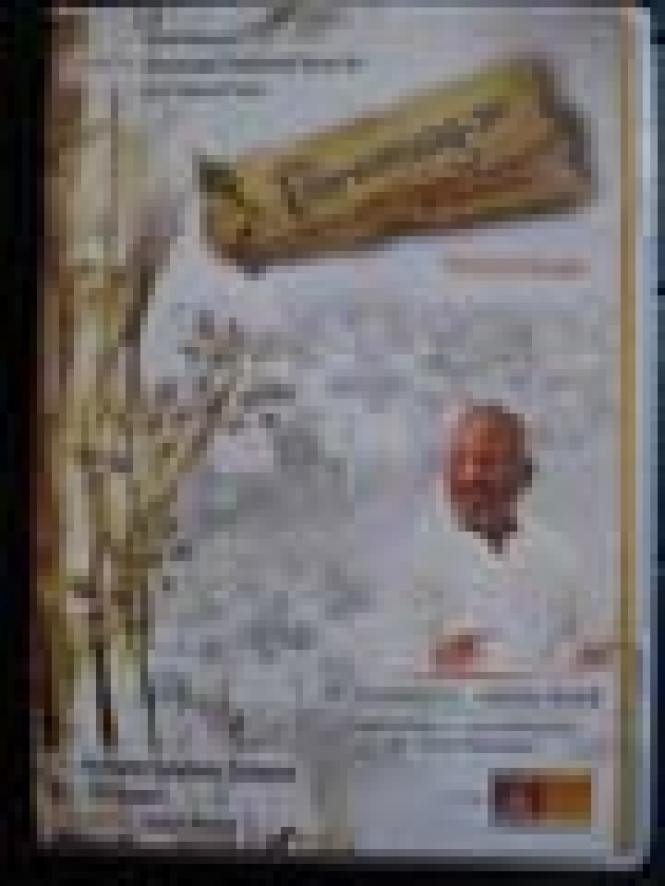 We hear a lot about endangered species today, and that can mean destroying the Arctic refuge by drilling for oil, killing its flora, fauna, and indigenous population; or it can mean keeping any kind of authentic identity in our porous, relentlessly homogenized world. Been online, watched TV, gone to the movies lately, or listened to how people talk? This "dumbing down" is something that artists have to confront. How do you stay you when everyone wants to be like everyone else?

This doesn't seem to be a problem for Indian composer Ilaiyaraaja, who's scored countless films in his native Tamil, the language of South India. He keeps his own distinctive musical personality in this, his very first symphony. To be accepted in the Western tradition, you have to write something big and grand, and Ilaiyaraaja's six-movement symphony-oratorio, with its 120-member chorus, is certainly that. But I think it's a mistake to call it a "classical crossover," as its Ramana Records CD box-cover does, because its composer, though he's obviously branched out, is still true to his lights, and the fabled Budapest Symphony Orchestra under Laszlo Kovacs give it their all, which is considerable.

Western song symphonies are common enough, beginning with Beethoven's 9th (nothing like a chorus to express "a kiss for the whole world") and extending to Mahler, Zemlinsky's Lyric Symphony and Vaughan Williams' Sinfonia Antarctica . Western listeners expect exotic colors when an Eastern artist tries his hand at this durable form. Ilaiyaraaja delivers these goods Ã¢â‚¬â€ there are raga-like modes and scales, as well as melodic turns suggestive of Indian vocal practice, in both instruments and voice. But his exoticism isn't a lacquer overlay, but something vibrant, true.

The texts for his symphony, Thiruvasagam, are from a large collection of classical 7th- or 8th-century hymns, on and to Lord Shiva by poet-sage-saint Manickvasagar. Their seriousness is unquestionable, and Ilaiyaraaja's sounds for his oratorio Ã¢â‚¬â€ this always means the sacred Ã¢â‚¬â€ match and enhance them. These are, after all, songs to the Lord of the cosmic dance, and the composer seems to have responded instinctively to their devotional and rapturous character. They're dance-like and primordial. Song 1, "Poovar Senni Mannan," begins massively, ritualistically, solemnly with bass drum, cymbal, and triangle, as a large male chorus chants vowels. This is followed by a serpentine tune for wind-colored lower strings, then Ilaiyaraaja's inimitable and very charming voice singing, "The King with Kon Rai flowers on his head/mixing, merging with, entering/we who are insignificant, lowly." Song 2, "Polla Vinayen," expands upon this idea, the divine contrasted with our flawed, all-too-human state Ã¢â‚¬â€ a point of view shared by all religious traditions. Stephen (Godspell ) Schwartz's lyric for the accomplished Broadway tenor Roy Harcourt, "I'm just a man!/Imperfect, lowly!/oh/How can I reach for something holy?" is given a mellifluous yet almost foursquare rendition vis-á-vis Ilaiyaraaja's rhythmically free one. His setting of this hymn is varied and highly imaginative, especially his use of small men's chorus, which alternates with his plaintive solo.

Subsequent movements are just as wide-ranging, charming and evocative. Ilaiyaraaja gets a lovely effect from swirling strings at the beginning of movement 3, "O King Bee!," and his instrumental choices are just as apt in many other places. The chorus' contributions are solid and fluent. Ilaiyaraaja's ear for orchestral color, both thick and transparent, is acute. His schooling in the West, at Trinity College of Music, and his study of and decades playing the classical guitar surely helped, but his mastery of his own traditions is just as telling. Ilaiyaraaja brings all of this to the table in Thiruvasagam. It's generous, sincere (in these cynical times, a high virtue) and about as far from a market-driven "crossover" piece as you can get. East includes West, and you can't get much better than that. Unfortunately, no English translations, save those by Schwartz, are included in the CD booklet, mostly Tamil. These are available on www.tis-usa.com, which has lots about Thiruvasagam .