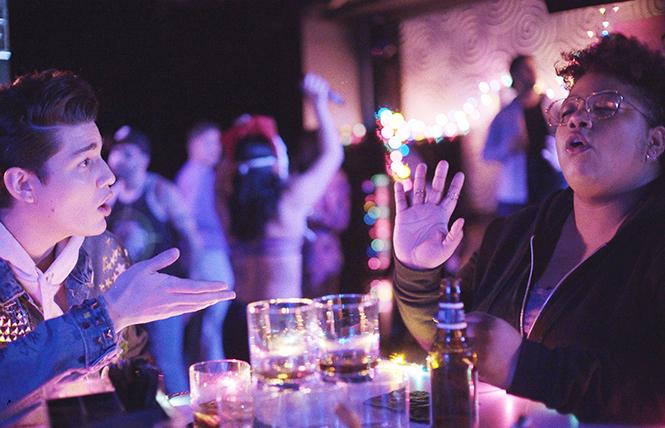 "When We Walk" Award-winning TV director Jason DaSilva continues his series of films on his struggles with multiple sclerosis (MS). This episode deals with his adventures as a new parent. (Kabuki, 5/12; Piedmont, 5/18) 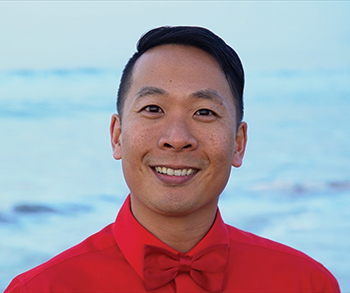 "Geographies of Kinship" Deann Borshay Liem tells stories of Koreans who have been adopted by American families. (Roxie, 5/19)

"The Joy Luck Club" (1993) Amy Tan's bestselling novel, about the travails of a quartet of Chinese-born women and their assimilated American daughters, is brought to the screen by Wayne Wang with a diverse cast: Victor Wong, Lisa Lu, 80s brat-pack star Andrew McCarthy. (Waverly, free, 5/18)

"Leitis in Waiting" (2017) Three gifted filmmakers — Joe Wilson, Dean Hammer & Hinaleimoana Wong-Kalu — present a thought-provoking and moving exploration of Christian-inspired persecution of "Leitis," a class of individuals on the South Pacific island of Tonga exploring gender fluidity. The filmmakers make a strong case for the conclusion that the Leitis were forced into domestic servitude to grease the wheels for the island nation's pivotal tourist industry. (OMCA, 5/17)

"In This Family" (2018) Director Drama del Rosario dramatizes his at first painful, then funny experience of coming out in a conservative Catholic Filipino family. Using family photos and a witty direct address to the camera, del Rosario describes how his once rabidly homophobic dad had a startling change of heart, an act of grace that also benefited his lesbian sister. ("Flip the Script" shorts program, Kabuki, 5/11) 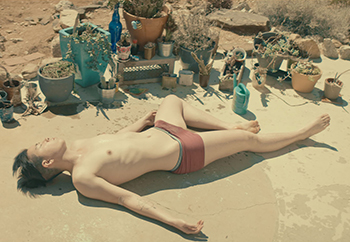 "About a Short Film" (2018) Kevin Yee has great fun spoofing "the plight of the Gay Asian Musical Comedian from Canada (legally)." A pal notes, "I know you've been doing unsuccessful YouTube videos for 10 years." It's a great showcase for the sort of talent that could command a network sitcom. ("Out/Here" shorts program, Kabuki, 5/13)

"Speak Easy, B" (2018) Directors Becca Park & Jun Shimizu serve up a clever 14-minute collage that begins and ends on a couch. A young lesbian is lashing out over her breakup with a blonde female lover. (Warning: a tricky segment involving projectile vomiting may not be everyone's cup of tea.) ("Out/Here" shorts program, Kabuki, 5/13)

"Bed & Breakfast" (2018) Anna Mikami directs a comic short concerning two couples (one hetero, one lesbian) who collide at one of those tasteful bed-and-breakfast establishments that can shame anyone from any background. ("Out/Here" shorts program, Kabuki, 5/13)