Welcome to the Muddleverse: 'Dr. Strange' sequel sinks in FX 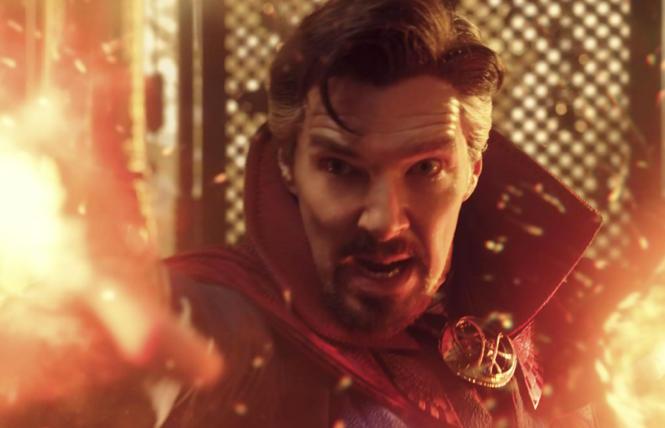 Benedict Cumberbatch in 'Doctor Strange in the Multiverse of Madness'

A comic book geek I know (and love) sums up the trouble with the Marvel Comics Universe in this way; "Marvel tries to sound intelligent and deep but instead, they just sound foolish."

This observation sums up the muddled mess that is "Doctor Strange in the Multiverse of Madness" (Marvel/Walt Disney Pictures). The endless array of special effects, dazzling though they are, function to distract from the fact that there's no there there. The most that director Sam Raimi can get out of his cast of actors is mugging and posing so the CGI can take center stage.

Waking from what he thinks is a nightmare in which he and a teenaged girl are being pursued by a relentless, multi-limbed beast, smug surgeon turned "master of the mystic arts" Dr. Steven Strange (a bizarrely coifed and bearded Benedict Cumberbatch), dresses and heads to a church for a wedding.

The bride is his fellow surgeon and former paramour Christine (an unfortunate Rachel McAdams) to some other lucky fella. The reception is interrupted by loud and violent activity in the New York City street where a gigantic, one-eyed octopus is in pursuit of, you guessed it, the teenager from Strange's dream.

After he rescues her with the aid of Wong (Benedict Wong), Strange learns that the dream was really the manifestation of another universe. America (Xochitl Gomez), the teenage daughter of lesbian moms, who wears a Pride flag pin on her denim jacket, is actually in possession of great powers that a supreme evil being wants to co-opt.

Meanwhile, Wanda Maximoff (Elizabeth Olsen), who bears a striking and frightening resemblance to Amy Coney Barrett, especially when she appears as her Scarlet Witch alter-ego, is mourning the loss of her children in another universe. 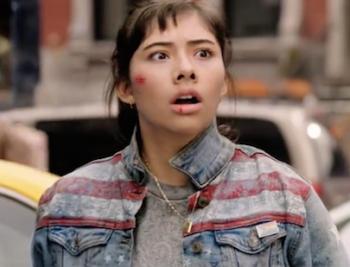 Xochitl Gomez in Doctor 'Strange in the Multiverse of Madness'

She believes that the only way she can be reunited with them is by taking America's powers, thereby killing her. The previous assaults by Wanda's monsters having failed, she goes after America on her own. This is the kind of maniacal motherhood-in-action that reminds us why it's necessary to keep abortion safe and legal: to protect children from their unbalanced parents.

Endless and brutal fight scenes, perplexing references to mythology and witchcraft, and the complicated concepts surrounding alternate universes don't help matters much. Not even the minor touches of humor can save this overblown blockbuster.

If you enjoy being confused AF while not even coming close to being entertained, "Dr. Strange in the Multiverse of Madness" is just what the, wait for it, Doctor ordered. However, if cleverly created multiverses are your jam, you should see the far-superior, more meaningful, and much queerer, "Everything Everywhere All at Once."
Rating: D+

And the Oscar goes to... TCM host Dave Karger on film faves and Academy Award best bets
Sign up!