Anaïs in Love: French romantic comedy's not so funny 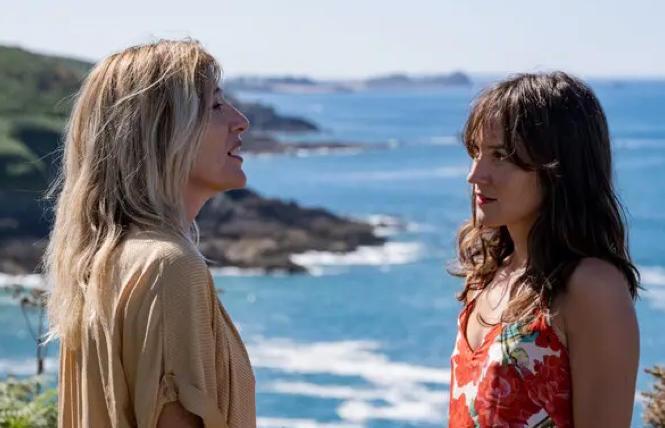 Valeria Bruni Tedeschi and Anaïs Demoustier in 'Anaïs in Love'

When it comes to what the French think is funny, it's important to remember that they considered Jerry Lewis to be a comic genius. Jerry Lewis! That's why it's best to approach the French romantic comedy "Anaïs in Love" (Magnolia) with great caution.

The film's running joke is that the titular Anaïs (Anaïs Demoustier) is always running late; running to appointments to parties to school to family functions, rarely breaking a sweat.

Anaïs has more issues than being time-challenged. She has started an affair with publisher Daniel (Denis Podalydès), an older man closer to her parents' age. Daniel is being unfaithful to Emilie (Valeria Bruni Tedeschi), a well-known writer with whom he has been in a relationship with for 12 years.

Meanwhile, Anaïs is coming to terms with the return of her beloved mother's (Anne Canovas) cancer which has metastasized in her liver. While this isn't an excuse for her bad behavior, which also includes lying to her academic advisor, it may be a sort of explanation.

However, Anaïs' questionable choices reach a fever pitch when she insinuates herself into Emilie's life. At first, it begins innocently enough when she comes off as a fan of the writer's work. But soon her actions border on stalking when she shows up at a writer's symposium in the French countryside where Emilie is being featured. Then, without warning, the women begin a sexual relationship. It comes as a complete surprise as neither character had previously indicated such a proclivity.

In terms of comedy, there are a couple of genuinely funny scenes. The one involving the Korean couple who have agreed to sublet Anaïs' Paris apartment may produce a chuckle for some viewers. Also, the scene in which Anaïs shows up at her brother Balthazar's (Xavier Guelfi) apartment, shortly after he gave his pet lemur a Xanax, which leads to a visit to the vet, is darkly funny (spoiler: the lemur survives!).

But for the most part, a movie about an inconsiderate young woman, whose mother is dying of liver cancer, and who makes the lives of the others around her unpleasant, is not a laugh riot. In fact, the Oscar-nominated "The Worst Person in the World" did a better job with this kind of annoying lead character. In French with English subtitles. Rating: C