'Great Freedom' - love in the face of injustice 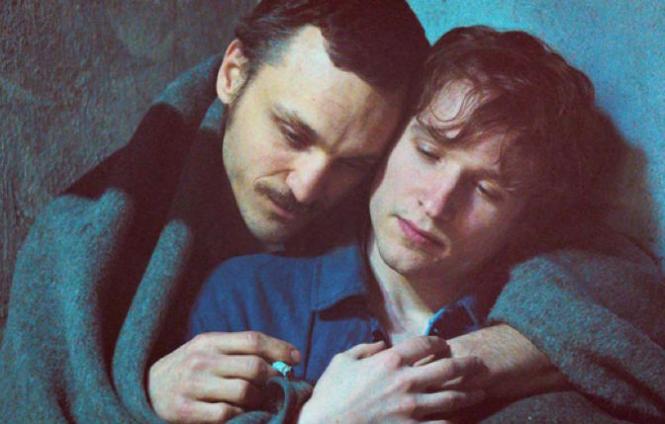 At a time when Ukrainians are being killed and dying for their freedom, Austrian writer/director Sebastian Meise's exquisite film Great Freedom couldn't have arrived in Bay Area theaters at a more opportune time. In his press notes, he orients his movie in a political context.

"We see today how conservative forces are once again growing stronger around the world and, without too much opposition, are endangering hard-won democratic rights," he's said. "We find ourselves in a situation where we need to think about what kind of world we want to live in. One in which discrimination and oppression are commonplace, or one in which all people can develop freely and without constraint."

Winner of the 2021 Cannes Jury Prize and Austria's entry in the Best International Film Oscar for last year (shortlisted, but incredibly didn't make the final five nominees), Great Freedom depicts a stirring portrait of gay resistance and resilience against post-war German injustice in a world where love is forbidden by law and punished with imprisonment.

The fact that its message is as relevant today as it was in 1945 speaks to the ongoing criminalization and ostracism of LGBTQ people globally and how fragile a foundation on which queer rights stand even in "liberal" Western nations (i.e. Poland, Hungary, Russia).

Great Freedom is a fictional excoriation of Paragraph 175, first incorporated into German law in the 1870s, which made sex between men a crime resulting in incarceration. The law was expanded and used as a pretext by the Nazis to imprison people in concentration camps. Then West Germany kept the law for decades, arresting as many individuals as the Nazis, even though the allies were supposed to be liberators, not persecutors, like their enemies.

We meet Hans Hoffman (Franz Rogowski), rescued from a Nazi concentration camp as a gay Jewish man, then sent directly to prison to serve the remainder of his sentence. For gay men, the Nazi horror didn't end in 1945.

Bittersweet paradox
We follow Hans through three periods, 1945, 1957, and 1968, where he is repeatedly imprisoned for violating Paragraph 175, incriminated by sexual encounters in public bathrooms shot by police surveillance cameras behind a two-way mirror.

Initially his cellmate, a convicted murderer, junkie, and virulent homophobe Viktor (Georg Friedrich), doesn't even want to be in the same room with him, but after noticing the camp number tattoos on Hans's forearms, in a rare compassionate moment, using a crude homemade kit he disguises them to hide their origins, sparing Hans further abuse from other prisoners.

As time progresses, they move from suspicion to mutual backscratching (the straight Viktor will let Hans fellate him for favors) to grudging respect to mutual dependence as confidants, in what will become both men's prime relationship for decades. 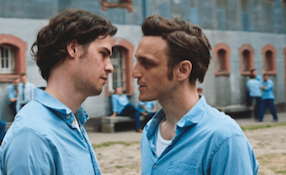 Hans protests by having sex with whomever and whenever he wants, manipulating prison rules and disobeying prison guards, ironic since he's been put in a place designed to deny sex yet lives in a same-sex environment in which myriads of opportunity to engage in it are available.

Challenging the brutal dehumanizing prison system, he's repeatedly beaten and forced into solitary confinement, stripped of everything but his underwear and plunged into pitch blackness, save for the occasional confiscated lit cigarette.

The film centers on two 'romances' Hans has in prison, one in 1968 with a young teacher also captured in the same restroom sting operation, whom he helps exonerate to his own detriment, the other in 1957 with the unstable Oscar, perhaps the love of his life, leading to a tragic ending.

We learn little about Hans's life outside the prison or even what he does for a living, aside from the fact he sews in the prison sweatshop. Yet there is always something profoundly decent about him, both in the way he asserts his own dignity, as well as how he treats others, despite the trials he must endure.

Stumbling onto a 1969 magazine article declaring Paragraph 175 is dead and stating to Viktor, "I'm legal now," he will be released. What happens when he tastes liberty (the film's title is derived from the name of a Berlin gay bar he visits) will form the bittersweet paradoxical conclusion.

With its sparse dialogue and concentration on long stolen non-verbal moments, the film would never have worked as extraordinarily as it does without a charismatic lead. Famed German actor Franz Rogowski has the best role of his distinguished career (Happy End, Transit, A Hidden Life) so far.

He recalls the early Montgomery Clift in his brilliant ability to use body language and spasmodic physicality to convey emotions, especially warmth, intimacy, and accessibility, but also an aloofness that suggests complexity and mystery.

One is drawn immediately to Rogowski's eyes, seducing the viewer with romance and a kind of childlike innocence, not to mention a raw, alive, absorbing demeanor that almost pops out of the screen. Friedrich is almost as mesmerizing and the chemistry they produce is palpable and believable.

Outlaw lives
Paragraph 175 wasn't totally abolished until 1994, destroying at least 100,000 lives. Not until 2017 did the German parliament allow those charged under the law to have their records expunged and offer a pittance settlement, but only a scant few out of tens of thousands have applied. This shameful episode is still not even taught in schools. 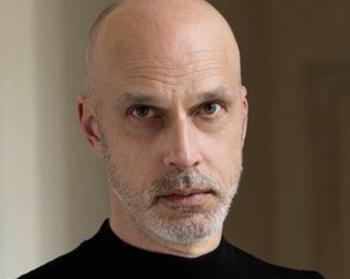 Meise and co-writer Thomas Reider did speak to men prosecuted or imprisoned under Paragraph 175, but many were reluctant to share their experiences, still feeling the sense of stigma attached to the law and their own ostracism from society.

Don't let the film's minor drawback of confusingly jumping between time periods or non-linear narrative deter you from watching what will likely be this year's #1 LGBTQ movie. Meise notes that in one out of three countries today, homosexuality is still illegal, sometimes punishable by life imprisonment or even death. So cautionary tales like Great Freedom are both necessary and salvific.

While Hans pays a price for whom he loves, unable to turn off who he is or unashamedly deny his heart's desires, the movie argues he ultimately finds freedom within the limitations of the prison walls and liberation within the confines of his own mind. His very existence is rebellion and an indictment of homophobic rehabilitation.

Meise argues despite controlling and unjust systems, humanity cannot be totally destroyed by institutions, that our longing for freedom as well as our need for closeness, intimacy and love will overcome the oppression.

This tender empathetic film about perseverance and nurturing love, which is real freedom, will steal your heart, but also strengthen your resolve to oppose all institutional attempts to criminalize queer desires and identities. Great Freedom may be the best queer film in the last half decade and simply cannot be missed.

Note: For those wishing to learn more about Paragraph 175, especially its impact on Nazi concentration camp internees, the 2000 documentary Paragraph 175 by gay filmmakers Rob Epstein and Jeffrey Freidman and narrated by Rupert Everett, is highly recommended.

What was Germany's Paragraph 175? 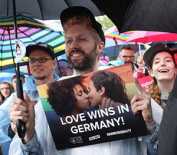 And the Oscar goes to... TCM host Dave Karger on film faves and Academy Award best bets
Sign up!