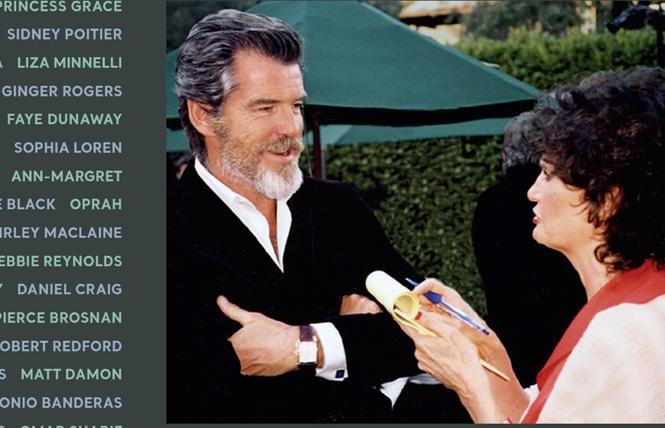 Ruthe Stein's new book Sitting Down With the Stars: Interviews with 100 Hollywood Legends makes for light, easy reading. Stein covered movies for the San Francisco Chronicle from 1970-2020. During the course of her career she got up close and personal with hundreds of famous actors, including a number of Oscar winners.

Stein was never afraid to ask tough questions, and never worried about crossing boundaries. For example, during her 1995 chat with actress Mia Farrow, Stein was instructed not to broach the subject of Woody Allen, Farrow's co-star in thirteen films and her former flame from whom she had a very public and very nasty split. Stein ignored the directive and asked Farrow about her ex and Farrow opened up. Almost immediately Farrow's publicist called Stein's editor to demand that she be fired for asking off-limit questions. Stein's editor called her to congratulate her on getting Farrow to talk.

When she chatted with lesbian comic Lily Tomlin in 1980, Tomlin was still smarting from Moment by Moment, a disastrous May/December romance co-starring John Travolta, which was directed by Tomlin's longtime partner (now wife) Jane Wagner. Tomlin answered Stein's questions about the movie's failure, though they avoided talking about Tomlin's sexuality.

At the time Tomlin had not yet come out, although her relationship with Wagner was widely known in Hollywood circles. In a postscript for the chapter on Tomlin, Stein reveals that the two women had been together since 1970 but that Tomlin didn't come out until after the death of her Southern Fundamentalist mother. "She would have literally died if she'd seen me come out," Tomlin said.

The book is divided into chapters, beginning with Hollywood Royalty, in which Tinsel town legends such as Cary Grant, Audrey Hepburn and Jane Fonda are interviewed. More legends follow in What Becomes a Legend Most, where legendary ladies like Sophia Loren, Josephine Baker, Debbie Reynolds and Lauren Bacall speak up.

Other chapters include Matinee Idols, among them Robert Redford, Richard Gere, and Travolta, Couples and Exes, such as Farrow and Allen, Funny People, Oscar Winners, and The New Generation, among others.

"What I loved about my job is the many opportunities it afforded me," Stein said in an interview. "While I did the celebrity profiles throughout the years, I also wrote a syndicated singles column 'First Person Singular' that ran is 30 newspapers. I wrote a film column for several years that I enjoyed immensely, keeping up with local actors at the time like Sean Penn. I had items on Penn for six weeks running, as I recall. I covered movie events when personalities came to town. The column was very opinionated; great fun." 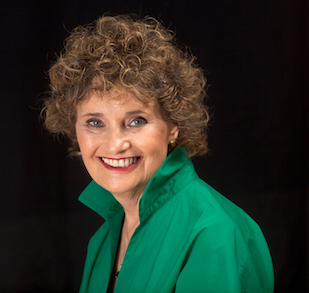 Screenings and signings
Stein's writing sometimes reveals the truth not only about her subjects, but about the people they were involved with. In the section on Lauren Bacall, Stein reveals that the movie great embarked on a "volcanic" love affair with crooner Frank Sinatra that became public after the death of her husband, movie tough guy Humphrey Bogart. Sinatra was furious when the affair became known and cut Bacall off. A month later, Bacall ran into Sinatra at a party and he wouldn't even acknowledge her.

"Most of the stars from the past made it into the book because it is a book about Hollywood and they helped shape it," Stein said. "But I left some of them out because the interviews were bland; Jane Wyman, for example, who I could not get to spill the beans on former husband Ronald Reagan."

Stein is quite happy with the stars that she chose to include in the book.

"I think the mix of young and old and the categories, chapter titles, they fit into proved that I had chosen wisely," she said. "Glenda Jackson snuck in at the last moment. I recalled an interview I did with her when she won back to back Oscars. We talked in London and I had almost forgotten about it. So glad I thought of her, because she has had the most amazing career."

In addition to being the author of the book, Stein is also the founder and co-director of the Mostly British Film Festival, which returns February 10-17, 2022 at the Vogue Theater. As a prelude to the festival, Stein will appear at the Vogue on November 13 for free screenings of the Merchant/Ivory classics Howard's End and Maurice. At 11am, before the screening of Howard's End, Stein will talk about her experiences with Anthony Hopkins and Emma Thompson, the stars of the film, both of whom are featured in her book.

At 2pm, Stein will discuss her experiences with Hugh Grant, star of the gay romance film Maurice. Grant is also featured in Stein's book. She spoke to him on the infamous day he was arrested for picking up a prostitute on Sunset Blvd. The screening of Maurice will follow her recollections of Grant.

The screenings are free. Those interested in attending should email adam@cinemasf.com with Merchant Ivory as the subject heading and specify one or two tickets. Your reply is your ticket. Copies of Stein's book will be available in the lobby and she will autograph purchased copies.

There will be a second screening at the Balboa Theater at 11am on December 11. Stein will speak about Helena Bonham Carter, Daniel Day-Lewis and Michael Caine, and show their films A Room With a View and Mona Lisa. All three stars are featured in Stein's book.