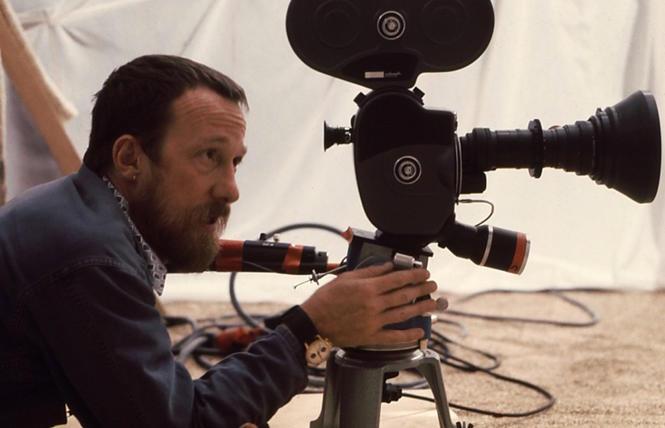 It is a rare person who changes the visual imagination of the world, but Wakefield Poole was such a person. Before Boys In The Sand, gay male adult films had been consigned to the world of short loops, films that were considered seamy and degrading, best described as "dirty pictures." Poole's vision changed that permanently.

Born Walter Wakefield Poole in Jacksonville, Florida, there are hints from his background that show where that vision may have come from. He studied dance in his youth and toured with the Ballet Russe de Monte Carlo from 1957 to 1958 and went on to work as a dancer and a choreographer, and director in New York in the 1960s.

He both appeared in and wrote for Dance Magazine. As part of Rod Alexander's Dance Jubilee, from October 1959 to March 1960 he was part of a tour in many countries, including Greece, Afghanistan, India, Thailand, Taiwan and the Philippines. In 1960, Poole first appeared on Broadway as a dancer in Finian's Rainbow and later, in 1965, he was an associate choreographer for Richard Rogers and Stephen Sondheim's Do I Hear A Waltz.

As described in the website for Poole's book, Dirty Poole: A Sensual Memoir, "Poole was a member of the corps de ballet in the waning years of the Ballet Russe de Monte Carlo, and then went on to a successful career as a dancer, choreographer, and director on TV, Broadway, and the West End, working with theater legends Stephen Sondheim, Richard Rodgers, Noel Coward, Jerome Robbins, Ethel Merman, Gwen Verdon, and many more." 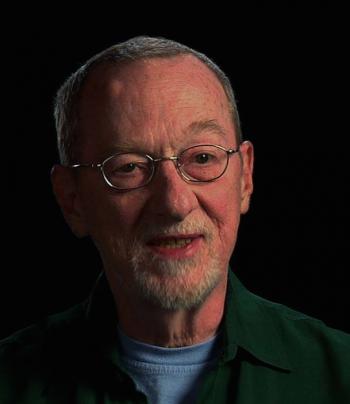 Sand, man
Beginning in the late 1960s, he began experimenting with both Super8 and 16mm film. It was in this context that he first considered making a gay adult film. In an Oct. 1, 1977 interview on the New York cable access program Emerald City, Poole discussed how Boys In The Sand came into being.

The film was shot over a series of weekends on Fire Island. As Poole told O'Dowd, "It was all shot in the Pines — Fire Island. We actually shot in a two-and-a-half month period. Each section we did in sequence. We did one in June, one in July and one at the beginning of August. And when you see the film, you can see that because it was my first film and because I didn't know anything about making films, it gets a little better. By the time I got to the third one, I almost knew what I was doing." 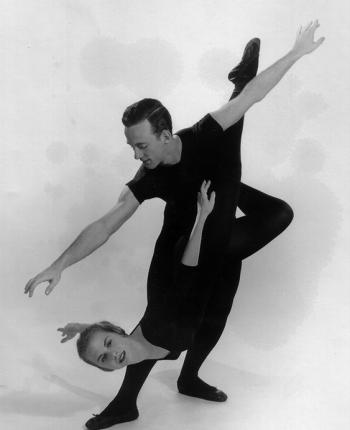 A young Wakefield Poole as a dancer

Boys In The Sand was very much a labor of love among friends. Alongside the memorable Casey Donovan, one of the other actors, Peter Fisk, was Poole's lover. The title came from Poole's long time financial adviser Marvin Shulman, who was making a pun on the gay stage play and film The Boys In The Band.

The film opened at the 55th Street Playhouse, which was across the street from Shulman's apartment. When the film was released on December 29, 1971, it was advertised in the New York Times. Regardless of print advertising, it was word of mouth that made the film a box office sensation. By the afternoon of opening day, there were lines down the block to see the film.

Film fame
Director and producer of the documentary I Always Said Yes: The Many Lives of Wakefield Poole Jim Tushinski described the buzz surrounding the film in an Indiewire article, 'Who Is Wakefield Poole and Why Haven't You Heard of Him:'

"Straight couples and women showed up. Rudolf Nureyev drove hundreds of miles to see the film. Going to a screening, you might see Angela Lansbury, Liza Minnelli, or Halston in the audience." 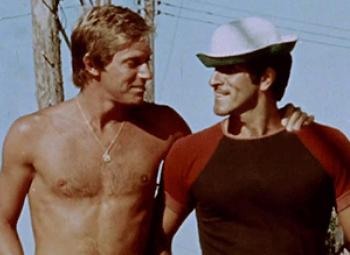 Casey Donovan and Danny Di Cioccio in 'Boys in the Sand'

Within a year of Boys, he released his second film, Bijou. Regarding his production cycle, he told Emerald City, "Once I picked up the camera and started shooting, I got the disease."

Bijou was also an acclaimed film and had significant box office. Poole told Emerald City, "Al Goldstein [of Screw magazine fame] gave Boys In The Sand the worst movie of the year and Bijou the best movie of the year, which I just loved."

Following Bijou, Pool made Wakefield Poole's Bible in 1973, which was softcore and straight (the only heterosexual film to be filmed by Poole). Although an artistic success, it was a financial disaster.

Flashy
In 1974, Poole's lover Fisk decided to move to San Francisco and Poole followed. Shortly after moving, Fisk and Poole broke up, but they started the art gallery and gift shop Hot Flash of America (2351 Market Street) together with Paul Hatlestad. Hot Flash sold high-end art, much of which was from Poole's collection, which had been divided between Fisk and Poole upon their breakup. 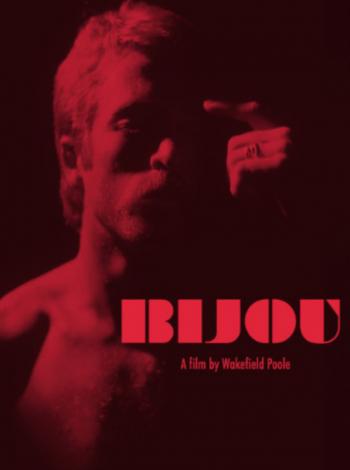 Bill Harrison in a poster for Wakefield Poole's trippy 'Bijou'

Regarding the patrons of Hot Flash, Karr said, "These were high-steppers within their own circle. They were the guys throwing the first big all-night disco dance parties with the sex room in the back. These were people who summered on Fire Island."

It was also in San Francisco in the '70s that Poole began smoking cocaine and descended into addiction, which is discussed quite frankly in Tushinski's film.
Poole directed Moving in 1974, which reunited him with actor Casey Donovan onscreen. He would go on to direct five more feature films and two shorts.

So once again Poole reinvented himself by going to culinary school and becoming a chef — an amazing characteristic in the face of his addiction. Karr reflected on this ability, saying, "One of the things I'm fond of about Wake was his ability to reinvent himself. He developed an ongoing career as a gay filmmaker of sexual content and then was taken down by addiction and he managed to overcome that and turn himself into a chef, which really worked for some decades." 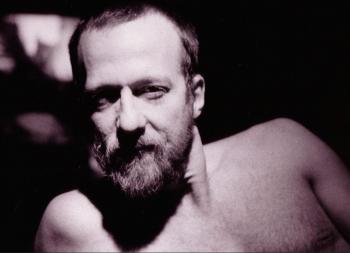 Wakefield Poole in the 1970s

In 2010, the Fire Island Pines International Film Festival declined to show Boys In The Sand, so two community members, Crayton Robey and Philip Monaghan, rented a hall and showed the film. It was an odd coda to an amazing career. In his article for Indiewire, Tushinski reflected on how notions regarding sexuality from the 70s had become taboo by 2010.

"There is an effort among LGBT cultural gatekeepers to de-sexualize our history," he wrote. "They want our pioneers to be G or PG-rated because they want LGBT people to be seen as just like everyone else — parents, husbands, wives, and respectable members of society. The sexual parts of LGBT history make most heterosexuals uncomfortable. They even make many LGBT people uncomfortable. So it's best if these things are swept under the rug and forgotten."

In an odd way this slight was a compliment to Poole, showing how radical and sex-positive his work was, and how it still challenges the more repressed among us.

Wakefield Poole had retired to Jacksonville, Florida at the time of his death at age 85.

Jim Tushinski's I Always Said Yes: The Many Lives of Wakefield Poole is available through Amazon Prime.