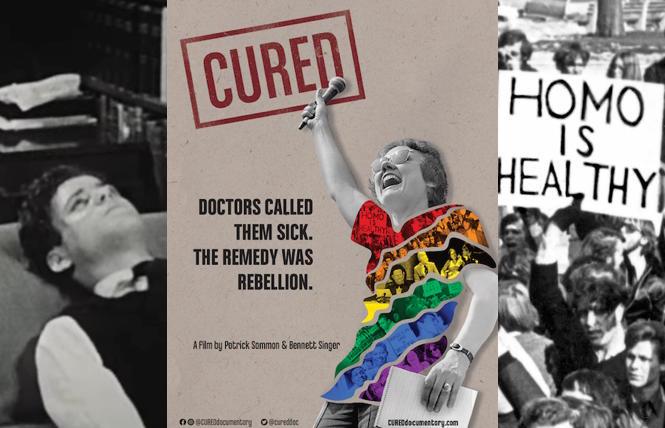 Co-directors Patrick Sammon and Bennett Singer open their documentary Cured (Story Center Films) with the viewer discretion warning that it "contains graphic images of past treatments used by doctors to 'cure' homosexuality."

Regardless of the emphasis on the "past," many of us are well aware that other insidious techniques, such as so-called faith-based "conversion therapy" are still in practice in 31 states.

The focus of Cured, however, is the historic (and revolutionary) 1973 decision by the American Psychiatric Association (APA) to declassify homosexuality as a mental illness in the organization's Diagnostic and Statistical Manual (DSM).

Sammon and Singer set the tone for the doc with black and white film footage of a speaker at a 1966 Dade County Florida school assembly warning the students about homosexuals. This is followed by footage from "The Homosexuals" episode from the 1967 series CBS Reports hosted by Mike Wallace which makes it clear that at the time (a year after the riot at Compton's Cafeteria in San Francisco and a mere two years before the riots at the Stonewall Inn in New York) that gay people were viewed with "disgust, discomfort or fear." One interview subject in "The Homosexuals" talks about a gay friend being beaten by his father, "savagely...with bricks."

There also existed a "poisoned climate of thinking about homosexuality" in the psychiatric community.
Psychiatrists including Edmund Bergler, Irving Bieber, Judd Marmor (who later reversed his position), and worst of all, Charles Socarides were unrelenting in their professional opinion about homosexuality being an illness and reversible. 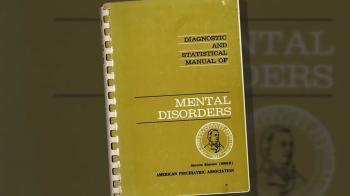 In 1952, the first edition of the APA's Diagnostic and Statistical Manual: Mental Disorders unequivocally categorized homosexuality as a mental illness. This diagnosis was used against gay people, leading thousands to seek out psychiatrists to cure them via treatments ranging from talk therapy to far more aggressive methods including electroconvulsive therapy (ECT) and lobotomization.

This was occurring right before a time of cultural upheaval involving various movements (civil rights, women's, anti-war). As American society began to evolve, a group of young, outspoken queer activists, including Barbara Gittings and Kay Lahusen (who were partners for 46 years), Frank Kameny, Charles Silverstein, Reverend Magora Kennedy, Ron Gold and Don Kalhefner, to name few, were making their voices heard via public protests and other arenas.

Due to the impact that the APA's policy had on the personal and professional lives of these activists, as well as on the lives of those around them, they set their sights on influencing the organization.

What occurred over the course of a number of tumultuous years was momentous and groundbreaking, resulting in the 1973 landmark decision, "a great gay victory," to declassify homosexuality as a mental illness or disorder. This is where the doc is at its most compelling.

While it occasionally gets bogged down in the rehashing of historic facts and events (who do they think is going to be watching this doc, anyway?), Cured is nevertheless informative viewing. Rating: B-
www.cureddocumentary.com