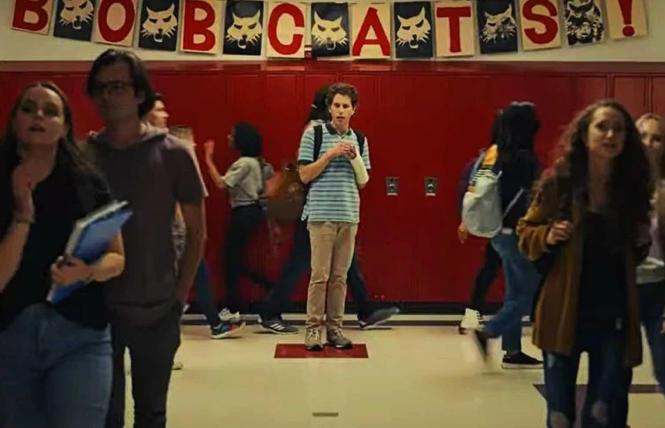 Today is not going to be an amazing day and here's why. I had to watch your lousy movie and I've lost two hours of my life I can never recover.

Sincerely, a critic and not your best friend.

2021 is shaping up to be a big revival year for musicals. Both In the Heights and Annette have been released as modest hits both critically and commercially. Everybody's Talking About Jamie featuring an effeminate drag queen as he prepares to debut at a club and attend his high school prom, though riddled with clichés, ultimately wins over its audiences. The highly anticipated West Side Story, Steven Spielberg's remake of the 1961 classic, opens around Christmas. And then there's Dear Evan Hansen, which is not being heavily promoted by Universal Pictures, due undoubtedly to embarrassment.

But first some history. When Dear Evan Hansen opened on Broadway in 2016, it was a sensational hit, winning seven Tony Awards including Best Musical. It was also that very rare occasion when its lead, gay 22-year-old Ben Platt, not only won a Tony Award but became a superstar, a once-in-a-generation feat that enabled him to branch out into movies and television.

At 27, is Ben Platt too old to be playing a 17-year-old high school student? Yes! Streaming platforms which regularly employ teenagers to portray adolescents has permanently ended twenty-somethings acting those roles.

There's also the nepotism question. Platt's father is Marc Platt, a well-known wealthy Hollywood producer (La La Land; Mary Poppin Returns; Legally Blond; Trial of the Chicago 7) who not only bankrolled the Broadway production, but —yes, you guessed it— this film as well. Platt has immodestly suggested in interviews that if it weren't for him(self), the film would never have been made, a truism that might come back to haunt him if this performance derails his movie career. 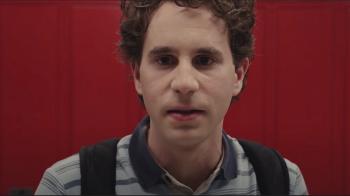 However, let's briefly discuss the plot. Unpopular high school senior Evan Hansen suffers from debilitating social anxiety. As recommended by his therapist, he writes letters of affirmation to himself. One of those letters is found in the pocket of his angry loner/bully classmate Connor after he stole it from Evan, but who later commits suicide. His grieving parents (Amy Adams and Danny Pino) believe Connor wrote the letter to Evan and that they were best friends, a lie promoted by Evan.

With the help of 'family' friend Jarrod (Nik Dodani) Evan invents a fake email correspondence to prove how close they were, but primarily to romance his secret crush, Connor's bitter sister Zoe (Kaitlyn Dever). He is virtually adopted by Connor's parents (replacing the son they never really knew) to the point they want to fund his college education.

After Evan speaks at a memorial service at school for Connor, his 'tribute' turns him into a viral internet celebrity and a fellow student decides to start a suicide prevention foundation in Connor's name with a fundraiser honoring him. Evan becomes the school hero and now everyone wants to be his best friend. The truth does emerge as does the consequences of Evan's con.

You might ask why would anyone want to make a musical based on such a monstrous, malicious, unlikable, gaslighting borderline sociopath such as Evan, who will cause so much damage to others when his deception unravels, a question director Stephen Chbosky (The Perks of Being A Wallflower) regrettably didn't ask himself.

Set in the real contemporary world, the viewer is tempted to burst into laughter when Platt is the only one singing at the family dinner table or in the middle of a packed high school hallway. For some reason both in the hair styling and camera angles —with the closeups and bright lighting being particularly deadly— the film almost deliberately sabotages itself by making Platt look his real age.

And Platt's nervous tics, hunched shoulders, stuttering, quivering mouth, sweaty palms, and darting eyes designed to garner sympathy for Evan and recast him as a victim, instead evokes a creepy duplicitous feeling as if he were a potential school shooter. 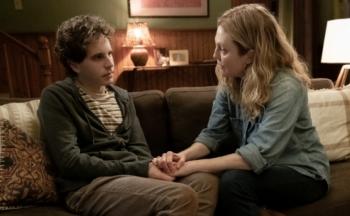 The songs by Oscar winners Benji Pasek and Justin Paul (for La La Land) are cloying, talky, and all sound alike, with the exception of the bouncy You Will Be Found, more or less the anthem of the picture. What's worse is that, like a sneeze coming on, you can sense when a song is about to arrive in phony setup scenes. In all fairness, Platt sings angelically beautifully and sweetly, yet that sound is counter-productive because both the style and content of the songs are trying to rationalize atrocious behavior.

Beyond Evan Hansen, there is no development of the other characters, especially the adults, with the exception of the luminous Julianne Moore in the small but pivotal role as Evan's mother, the always working nurse trying to make ends meet. She bravely appears with no makeup in a vain effort to make Platt look younger. She has the one adult song ("So Big/So Small," one of the few musical highlights) still preserved from Broadway, but it's a showstopper. Moore is only an adequate singer, but it doesn't matter because she conveys more emotion and pathos in four minutes than the entire excruciatingly long (two hours and 15 minutes) film itself.

Poor Amy Adams can't overcome the dissonance of being the beatific grief-stricken mother, who was also the rich suburban mother too preoccupied with her own narcissistic activities to notice her messed-up son. Then there's the concern of the film's superficial take on teen mental health that relies on sentimentality, as well as providing a scapegoat excuse for Evan's conniving behavior.

Finally, the gay issue is totally sidestepped in this film. It is implied that Connor might have been gay with his black nail polish and verbal abuse from other students. However, we never learn the reason for Connor's suicide and whether being gay might have precipitated such drastic action, nor does it surface in the newly created suicide prevention program.

Also, Evan's friend Jarrod is gay, a fact you could easily miss if you blinked or coughed, since it's mentioned literally for ten seconds and is never followed up.

Adapting stage musicals for film is very tricky and the list of successful Broadway musicals that made poor films is legion: Hello Dolly, Mame, A Chorus Line, Nine, The Phantom of the Opera, Cats. We can now add the misfire exploitative disaster that is Dear Evan Hansen to that ignominious list.

With vaccinations increasing and the pandemic slowly subsiding, audiences are being encouraged to return in-person to movie cineplexes. Please help this effort by ending your theatrical run as soon as possible.

Sincerely, A grateful Me