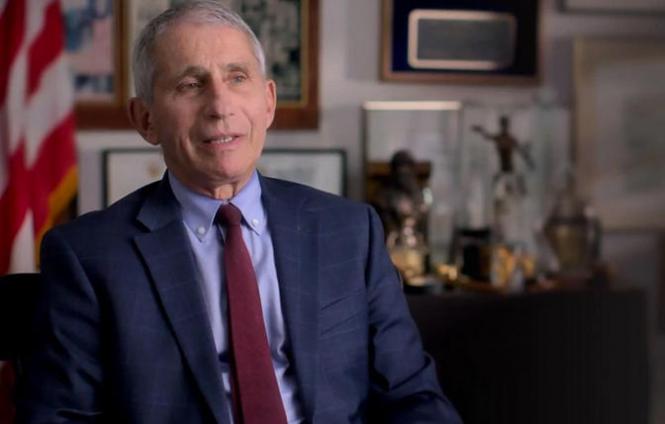 Dr. Anthony Fauci in the National Geographic documentary about him

To some he is a hero, the rock star, the savior of the nation. To others he is a bad guy, a disaster, the enemy, the "swamp creature." It seems no one can be neutral about Anthony Fauci. As he himself says in the new documentary Fauci made by National Geographic films in partnership with Magnolia Pictures, "I represent the truth which makes people uncomfortable (i.e. correcting lies told by Trump about COVID)."

He has become a cultural icon, the government face of the COVID-19 pandemic. Along with the glory, fame (i.e People Magazine naming him the "Sexiest Man Who Kept Us Alive"), and recognition, comes the cost of vitriol from adversaries in a bitterly partisan country where science has become politicized. 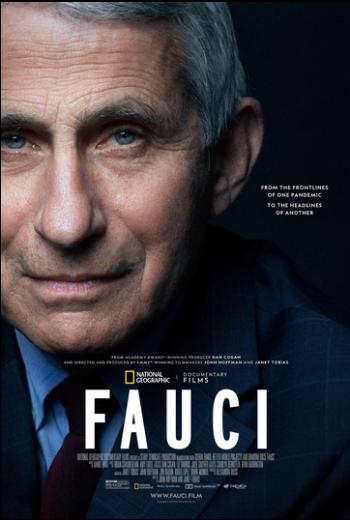 The film, co-directed and produced by John Hoffman and Janet Tobias (both Emmy winners, among other honors), is clearly a fan of Fauci as it narrates his life and career, but is candid about the criticisms (i.e. he came late to mask mandates) he has endured in his almost forty-year stint as director of the National Institute of Allergy and Infectious Diseases (NIAID).

He has served under seven presidents, advising them on outbreaks of HIV/AIDS, SARS, Ebola, and COVID-19, the longest-serving public health leader in Washington, D.C. The film's strength, through its unprecedented access, is to give viewers a rare intimate glimpse of the private man behind the news stories, though mostly what you see is what you get.

Born in Bensonhurst, Brooklyn, this scrappy neighborhood toughened him not to be intimidated or "take shit" from anyone. His Jesuit high school imprinted on him the importance of service to others and personal responsibility.

Eventually he attended Cornell Medical School and fell in love with clinical medicine. He became a medical researcher at the National Institute of Health, originally focusing on vasculitis, but in 1981 became intrigued with a strange pneumonia affecting gay men, later identified as AIDS. It changed the direction of his research, becoming interested in how HIV destroys the body's defenses leading to its susceptibility to deadly infections. Colleagues warned him this new turn would ruin his career, but Fauci was ambitious and dedicated himself to 12-hour workdays. 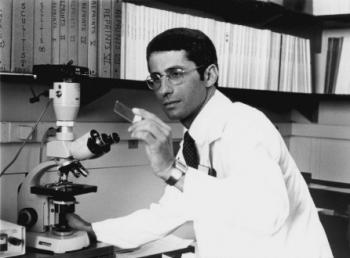 Defined by HIV
Fauci admits that his career and identity was defined by HIV. Fauci addressed publicly false concerns that AIDS could be transmitted by casual contact. He fought against the stigma and discrimination against gay men engendered by the disease. PWAs deserved compassion, not fear.

Because the federal government ignored the epidemic for six years, Fauci became the focal point of anger by Larry Kramer and ACT UP, with the former calling him a murderer, the latter carrying signs "Fauci, I Piss On You."

To his credit, Fauci reached out and faced head-on the hostile, distrustful ACT UP audiences. He went to listen and defended the scientific rationale of how the government was fighting the disease and advancing new treatments, even as the process was criticized as too slow.

But the more he heard, he realized the activists were knowledgeable about the disease and perhaps needed to be part of the FDA process of developing and testing untried drugs, which now must be streamlined, an opinion he famously expressed at the 1990 San Francisco International Conference on AIDS.

Fauci became instrumental in changing the procedures for clinical trials of new drugs, that patient's voices needed to be included, as it makes better science. Accordingly, innovative treatments reach affected patients faster, not only for AIDS, but all serious, potentially fatal diseases.

AIDS activists Michael Manganiello, Robert Vazquez-Pacheco, and especially Peter Staley recount this history and their transformation from opposing Fauci to becoming his cheerleaders, such that Staley became a personal friend/confidante, calling to bolster him while being pilloried for his COVID-19 stances.

Fauci became the principal architect of President George W. Bush's PEPFAR program for AIDS relief, primarily in Africa, which has saved millions of lives. Deservedly, President Bush bestowed the Medal of Freedom on him in 2008. Perhaps the most poignant moment of the movie is Fauci breaking down remembering patients who died of AIDS, a reaction he attributes to PTSD.

Pandemic parallels
The documentary is eager to draw parallels between AIDS and COVID-19, with Fauci asserting that communication, as well as sobriety and fact-based evidence, is crucial to fighting any epidemic.

However, Fauci says the blowback from critics is far worse with COVID than it was with AIDS, declaring, "We will get through the coronavirus despite politicization and divisiveness, not because of it." 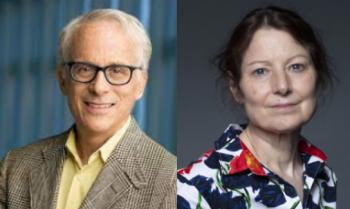 Fauci has received so many death threats (including opening a letter which spewed out white powder in his face that could have been anthrax or ricin, but fortunately was just a hoax) that a Secret Service agent follows him everywhere. Fauci claims he has never thought for one moment that he should resign, believing we can get through this crisis if we put our minds to it with sustained investments in science. Still, no critics of his COVID policies appear on-camera.

The film is largely an extended interview with Fauci in which he defends his positions, interspersed with comments from colleagues, friends (i.e. Bono, Bill Gates, Susan Rice, Dr. Francis Collins), former patients, and family members.

A long-term bachelor, he didn't marry Christine Grady, a nurse and bioethicist at the NIH, until 1985 at age 45. They had three daughters, one of whom, Jenny, is candid about his workaholism (though he had dinner with them every night no matter how late) and how public attacks have affected him personally.

Privately, Fauci comes across as playful and fun, as well as being brilliant and possessing integrity, empathy, energy, and flexibility, all of which have contributed to his success and longevity as a survivor of a brutal bureaucratic system.

It is fascinating that two pandemics have bookended his career. At the end of the film, he hopes that because of the lessons learned from COVID, future emerging infections won't become pandemics. If that indeed comes to pass, succeeding generations will have Dr. Fauci to thank.

Valuable insights into the man and his service provided by this mostly-captivating-with-some-dry-spells-film, will help audiences understand what has made him who he is.

Fauci will open at theaters that have mandated proof of vaccination for entrance, including the Vogue Theater where it will screen starting September 10. Also, at the Rialto Cinemas Elmwood in Berkeley.

Director John Hoffman and interviewee Peter Staley will do an in-person Q&A after the Sept. 12 4pm screening at The Vogue Theatre, 3290 Sacramento St. https://www.cinemasf.com/vogue 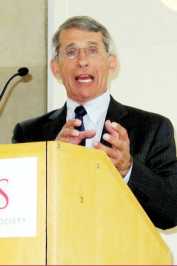 Fauci at the center of the AIDS story