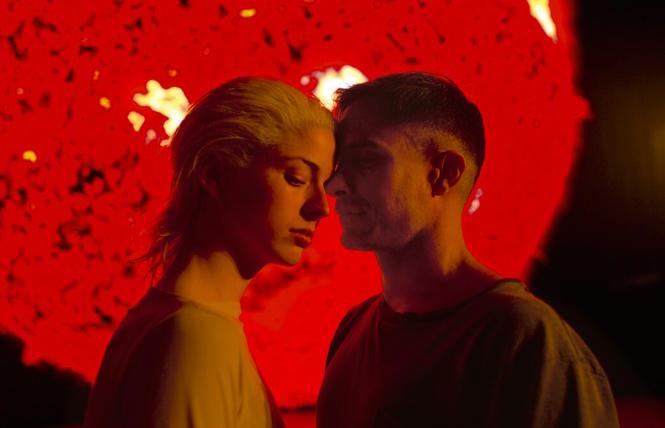 When a movie about a pyromaniac sociopath opens with a shot of the burning traffic-light she set ablaze and ends with her refilling a gas can at a petrol station, as Pablo Larraín's Ema (Music Box Films) does, you know you are in for a scorching experience. The indiscriminate destruction of property and lives is one of the propellants utilized by the titular Ema (Mariana Di Girólamo), a queer, bleach blonde dancer and instructor.

For this reason and others, Ema and Gastón do the unthinkable, and return Polo to the orphanage.
Another indication of Ema's unusual personality is that she not only regrets giving up on Polo, but is hatching an elaborate and devious plan to get him back. Her first resource is adoption agent Marcela (Catalina Saavedra). Even though Ema has been banned from contacting Marcela, that doesn't stop her from showing up at her office and badgering her. Marcela also has strong words for Gastón.

Looked at in public as if they "suffocated a dog with a plastic bag," Ema and Gastón struggle to hold their marriage together. As their relationship crumbles before our eyes, we are privy to some of their nastiest fights, and the cruel and hurtful language they use on each other is cringe-worthy. 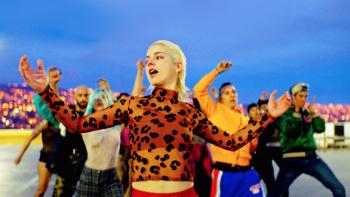 But Ema is determined to see her plan through. With support from Sonia (Giannina Fruttero) and some of the other female dancers, who volunteer to "commit crimes" for Ema, she puts her plan in action. She finds out that lawyer Raquel (Paola Giannini) and bartending firefighter Anibal (Santiago Cabrera) have adopted Polo. She creates situations where she interacts with both of them; meeting with Raquel under the false pretense of filing for divorce from Gastón and intentionally setting fire to one of the dancer's cars so that Anibal would be there.

Before you know it, Ema has seduced each of them, as well as the female dancers in her social circle. She weaponizes sex with Gastón, too, all as a means to get closer to Polo.

Eventually, she secures a job at the school where the boy is a student and then she abducts him. From there, Ema takes some of the most twisted and unexpected turns we've seen onscreen in a while.

Interwoven throughout the movie are dance sequences in which Gastón's dance troupe is either rehearsing, performing on stage, or in flash mobs. They dance primarily to reggaeton and Gastón's lengthy, honest and humorous anti-reggaeton rant is priceless.

But for the most part, Ema is no laughing matter. As unlikeable lead characters go, Ema is close to the top of the list, but as with that first startling image of the burning stoplight, it's difficult to look away.

In Spanish with English subtitles. Rating: B