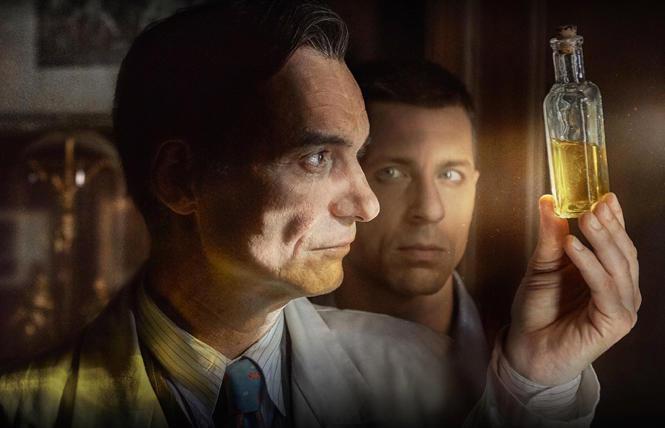 'Charlatan' screens as part of the SF Jewish Film Festival

From July 22 to August 1, the San Francisco Jewish Film Festival (SFJFF), the world's first and largest Jewish film festival, will present more than 50 films from over 20 countries. Now in its 41st year, 2021's program has "something for everyone," including six films addressing LGBTQ issues, seven exploring topics and themes relating to the Israeli-Palestinian region, and twenty-five featuring women directors and producers.

Festival-goers who are comfortable viewing films from home can participate in the JFI Digital Screening Room, while those who wish to gather in community can enjoy in-person live screenings at the Castro Theatre on July 24 and 25.

"We really were not sure what was going to happen this year but the lineup reflects the full breadth of Jewish identity and the perseverance of independent filmmakers during a global pandemic. There is nothing like a community experiencing a film premiere together in the dark," said JFI Executive Director Lexi Leban in a press statement. For the most part, the queer SFJFF offerings are outstanding this year.

Prognosis, a harrowing study of Oscar-winning Bay Area documentary filmmaker Debra Chasnoff's turning the camera on herself after she's diagnosed with stage-4 breast cancer, was shown at Frameline45 and reviewed in June, but if you missed it, this might be your last chance to see it on the big Castro screen.

Charlatan, which also played at Frameline45, will be screened in connection with its director Agnieszka Holland (best known for her Holocaust film Europa, Europa) being given SFJFF's Freedom of Expression Award, "honoring the unfettered imagination, which is the cornerstone of a just, free and open society." Past recipients include Norman Lear and Kirk Douglas.

Based on the true story of Czech herbalist and alternative healer Jan Mikolasek (Ivan Trojan; his son Josef plays him as a youth), Charlatan encompasses a thirty-year career which included treating Nazi heavyweights like Martin Bormann and Czech Communist President Antonin Zapotocky.

The son of a country gardener, Mikolasek developed his 'psychic' gifts from studies with a faith healing widow who recognized his talents. Eventually he would treat five million people by examining their urine in a glass bottom under strong light, diagnosing their ailments by prescribing herbal teas, ointments and other folk, homeopathic cures, with no medical degree.

People would wait hours on long lines to see him at his office. He hired an unemployed laborer Frantisek Palko (Juraj Loj, who injects much needed passion in some dry patches) to be his loyal assistant and clandestine lover, a relationship invented for the film. Shielded from the Communists by Zapotocky until his death in 1957, eventually Mikolasek was tried and sent to prison in the late 1950s.

Whether he was a fraud or imposter is thrashed out to this very day, and Holland wisely leaves it up to the viewer to decide. The film, which was the Czech Republic's official submission for last year's Best International Feature Oscar, has the unenviable task of garnering empathy for a rather unsavory character who's egotistical, manipulative, ethically malleable, nasty with a violent temper, power-hungry, and often cruel to those closest to him, yet also self-sacrificing and a philanthropist.

Was his downfall due to his refusal to comply with the communist political system (and, the film argues, false charges of murder), his Christian belief stance in an officially atheist country, or his homosexuality (also still debated if he was gay or not) when it was still classified as an illegal offense?

Holland implies it might have been all three possibilities. The jumping back and forth in time gets confusing, especially for Americans unfamiliar with Czech political history, but the shattering conclusion brings together all the loose threads. Holland takes advantage of the sketchy, contradictory history of Mikolasek to fictionally embellish her enigmatic subject to create a troubling epic story of a tormented man forced to choose between his calling and his conscience.

The centerpiece documentary, The Conductor, is a riveting dynamic portrait of Marin Alsop, the first woman to conduct a major American classical orchestra, the Baltimore Symphony Orchestra (BSO). Born to musician parents (father a violinist, mother a cellist), Alsop was inspired to pursue her musical career when at age 9 she saw Leonard Bernstein conduct on TV's Young People's Concert.

He became her mentor both in vocation and in his expressive style, but she was told she couldn't realize her dream because of her gender. She wouldn't take 'no' or 'can't' as an answer. She dropped out of Yale after two years and transferred to Julliard to study violin. She tried repeatedly to enter its conducting program but was always rejected. She started her own female swing orchestra and formed her Concordia Orchestra so she could refine her craft as a conductor. She won a prize as outstanding student conductor at the Tanglewood Music Center where she got to meet and study briefly with her hero Bernstein, "who gave her permission to be me." 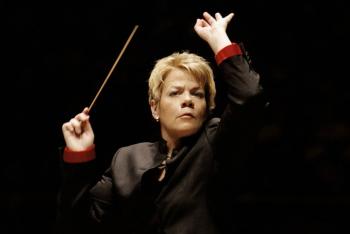 In 1993, Alsop became the music director of the Colorado Symphony, followed by guest conductor stints at orchestras throughout the world. In 2005 she became the first conductor to receive a genius MacArthur Fellowship. Then in 2007 she was appointed her position at BSO, but was immediately ensconced in a controversy as the Baltimore musicians were angry, saying they hadn't been consulted during the search process and questioned her musical depth. Some complained that her previous performances were substandard. She had a frank private meeting with the whole orchestra, smoothed over some of their differences, but it was a painful process for her. Last month, she just ended her tenure with BSO.

The documentary follows her guest conducting at Sao Paulo Symphony Orchestra and the Vienna Radio Symphony Orchestra. Alsop believes every piece of music has its own story to tell. She doesn't care about being popular or loved, only to make great music. She's an excellent teacher (at Julliard), nurtures young female and Black conductors, and believes opportunities must be created for those who have been excluded in classical music.

The film is committed to a feminist point-of-view, focusing on Alsop's determination to break the male glass ceiling, by reporting what she felt. Marin's voice-over narration emerges in a few interviews director Bernadette Wegenstein did with her, conveying her survival strategies when she was rejected and criticized.

The one major flaw in an otherwise terrific documentary is dealing with Alsop's lesbianism in a trivial manner. Wegenstein allows Alsop's wife of 30+ years Kristin Jurkscheit, a few on-camera comments (30 second bits) about her support, as well as raising together their son, though grumbling Alsop's devotion to music has kept her away from their family. We are told nothing about Jurkscheit, how they met or have remained partners for so long.

Born in 1956, it is hard to believe Alsop didn't struggle with her sexuality or encounter any opposition based on it. Yet the film while acknowledging her orientation, has virtually nothing to say about it or provide any context.
But again The Conductor is basically a love-fest and skips over any chastisement Alsop has received for undistinctive interpretations of some classical pieces. Still there is no doubt that Alsop is a necessary force of nature in the classical music world and this documentary is an inspiring tribute to her.

My Name is Pauli Murray (MNPM) is both inspiring and infuriating in that the audience gets to (re)discover a nonbinary human rights activist, lawyer, poet, labor organizer, legal theorist, professor, and first Black woman to be ordained an Episcopal priest, who anticipated social movements that would arrive years later, sowing seeds for those changes which would take decades to bear fruit. Yet up until four years ago, history had forgotten this incredible iconoclast focused on human rights, who wouldn't accept the status quo.

Born in 1910, orphaned at 3, raised in Jim Crow North Carolina, Murray anticipated civil rights and women's rights decades before those movements peaked. Murray wasn't comfortable being female (who if alive today would probably identify as a trans man) and had a long-term romantic relationship with a woman.

Filmmakers Betsy West and Julie Gordon, who made the fabulous Oscar-nominated documentary RBG, first discovered Murray from Justice Ruth Bader Ginsburg, who cited her as a legal mentor in her Supreme Court arguments for gender equality. Ginsburg appears in MNPM confessing her admiration for Murray.

There are so many firsts attributed to Murray that can't all be named here. Yet to emphasize how far Murray was ahead of her time, West and Cohen cleverly cover Murray's argument for a cause juxtaposed next to a boldface later name we're more familiar with today such as Thurgood Marshall.

MNPM is a bit dryer and more conventional than the witty pop unorthodox style of RBG, but unlike Ginsburg whom we all recognize, West and Cohen have to introduce us to a person few of us have encountered.

With audio-taped interviews and preserved correspondence, we get to hear Pauli's story mostly told in Pauli's own words, with additional comments from Eleanor Holmes Norton and Bishop Michael Curry, among others. While not quite as engaging as RBG, we can be grateful that MNPM is finally allowing the world to remember a queer trailblazing revolutionary who shouldn't be relegated to history's dustbin, but celebrated as being more relevant today than when she died in 1985.

Based on the experience of Ethiopian gay activist Kobi Tarkei, in the six-minute short Cosmopolitan, Jacob, a Canadian Black man, tries to gain entry into a gay party only to be rejected because of racist attitudes. There's not much dialogue here, but the silence, looks, and text messages capture the sense of helplessness, frustration, as well as being the 'other' and not accepted into the queer community. Potent and scathing, Cosmopolitan is required viewing in these post-George Floyd times, and reveals the insidious socially conventional ways we can inflict racial harm. 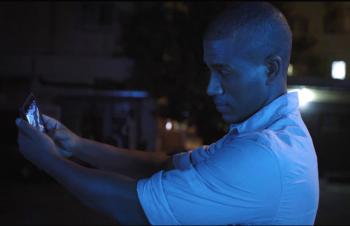 The 18-minute short Binding of Itzik obliterates all categorizing. A middle-aged Hasidic bookbinder stumbles across a Craigslist ad offering 'binding lessons for submissive women' in his online search for bookbinding materials. He responds to it and becomes entangled in an emotionally intense BD/SM relationship posing as a woman with a male stranger on the internet.

What happens to this kinky religious man living out a fantasy as a submissive female and deciding whether to meet in person and essentially come out, encompasses the remainder of this riveting bon mot not to be missed.

Finally, there are two non-LGBTQ films worth exploring. The Adventures of Saul Bellow, the first documentary on the American Nobel-Prize-winning author, one of the great elegant prose stylists of the 20th century, who explored mid-century Chicago and NY Jewish life with themes such as isolation, human awakening, and spiritual dissociation, despite difficulties with women spanning five marriages and numerous affairs. Though not as popular today as he was thirty years ago, the film reminds us of Bellow's revolutionary impact on American literature as the un-Hemingway alternative.

The narrative opening feature film, the intense suspenseful Persian Lessons, tells of a young Belgian Jew sent to a German concentration camp. He avoids execution by swearing he's not Jewish but Persian. The lie saves him but he must teach Farsi (a language he doesn't know and must invent words) to the officer in charge of the camp's kitchen who dreams of opening a restaurant in Iran once the war ends.

The conclusion will tear your heart into several pieces, so don't pass on this satirical fable with two outstanding lead performances, even if you tend to avoid Holocaust films.