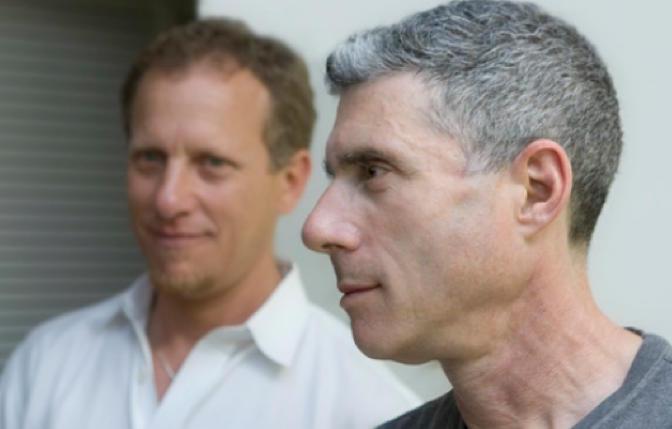 The LGBTQ-centric documentaries made by the duo include The Times of Harvey Milk (1984), a biography of the slain San Francisco Supervisor as well as the emergence of the LGBTQ community in 1970s San Francisco; and Common Threads: Stories from the Quilt (1989, a TCM premiere), the story of the AIDS Quilt and the Names Project which administered it. Both of these films won the Oscar as Best Documentary, with Milk the first gay film to win that honor.

Two other of their queer documentaries will be screened. The Celluloid Closet (1995) is a hundred-year history of queer images in Hollywood movies, based on the late gay film historian Vito Russo's book, that featured interviews with Tom Hanks, Whoopi Goldberg, Susan Sarandon, Shirley MacLaine, Tony Curtis, Gore Vidal, Paul Rudnick, and many others. The film won a Peabody Award and an Emmy Award for Directing. It was released by Sony Pictures Classics and premiered on HBO.

And Paragraph 175 (2000) told the hidden history of Nazi persecution of homosexuals. It premiered at Sundance, where it won the Jury Prize for Directing, and the Berlin Film Festival, where it received the FIPRESCI Prize for Best Film from the International Federation of Film Critics. All four documentaries are now considered classic LGBTQ documentaries.

In 1987, Friedman and Epstein started Telling Pictures, a San Francisco-based production company. Their recent projects include the Oscar-nominated short documentary End Game (2018) about end-of-life care (now streaming on Netflix). In 2019 they finished two films, Linda Ronstadt: The Sound of My Voice, a profile of the pop/rock singer, and State of Pride, which looked at LGBTQ Pride in three diverse communities: Salt Lake City, San Francisco, and Tuscaloosa, Alabama, now available on YouTube.

In recent years they have branched out into narrative features, including Howl (2010), concerning Allen Ginsberg's prophetic poem and the controversy it engendered, starring James Franco as Ginsberg.

Friedman and Epstein agreed to take a few questions from the Bay Area Reporter.

When queried how their professional partnership (they've never been romantically involved) began, Friedman responded, "We first met when I came to San Francisco. I had seen Word Is Out, Rob's first film, a 1977 documentary that interviewed 26 gay and women about their personal lives and the challenges of being gay. I felt closeted in a homophobic industry.

"We became friends and we started collaborating. I helped a bit when he was making the Harvey Milk film. Epstein added, "Our first film as co-directors was Common Threads, which we were inspired to make after seeing the AIDS Quilt in its inaugural display in Washington, D.C. in 1987. Soon after, we met Cleve Jones who originated the idea of the quilt as a memorial to PWAs who had died."

San Francisco and the LGBTQ community have been essential to their filmmaking. Epstein noted, "Both have played an enormous role as our films are infused with the community. When we get going on a project we research it here, using local young people as researchers and crew members are from the Bay Area. San Francisco is our foundation and touchstone."

Friedman commented, "Many of our stories are San Francisco-based: Harvey Milk, Common Threads in terms of subject matter. Rob's original film studio was in the Dogpatch area before it was developed. Word Is Out started there."

When asked how queer documentaries today are different than when they started making their films, Robert commented, "There are more trans-themed film today because more trans people are out, so we're hearing voices we haven't heard and we hear those voices through trans filmmakers."

Both directors replied 'No' if they had the chance to remake some of their documentaries based on new knowledge that wasn't available when they originally created them. Epstein responded, "They are historical films and are historical artifacts. That is why they were made."

Friedmann suggested, "Any of them would be different if we made them today because we would have a different perspective on them. They are very much of the moment when we made them. There is an integrity we wouldn't want to mess with, nor would they be considered classics if they had to be updated."

Finally, the pandemic hasn't stopped them from making new documentaries. They are almost finished with a film on young Cuban musicians. Their next project is a film on the gay photographer Peter Hujar, who produced an incredible catalog of photos in the 1960s and 1970s. He died of AIDS in 1987. He was a contemporary of Robert Mapplethorpe and Diane Arbus though was less well-known at the time, but Epstein and Friedman feel should be better appreciated today. 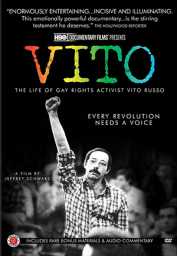